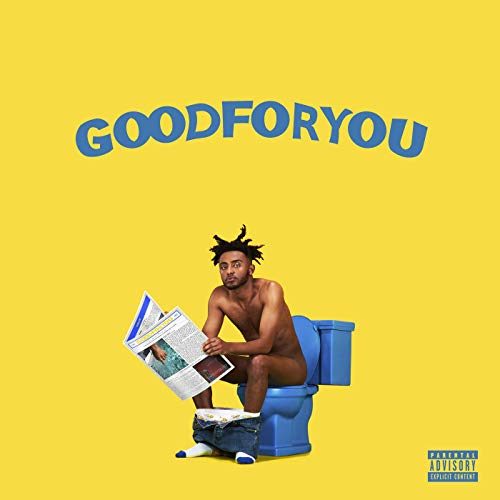 Amine :: Good For You

“White girls love me like my first name Coachella”

The problem I have with Amine is that whenever I try to listen to “Good For You” I’m dumbstruck by how dumb some of the verses he spits are. “You’re damn right, I’m feeling myself” quips Adam Daniel on “Yellow” but quite honestly with lines like this is that justified?

“I was broke (broke) now I’m stuntin like my daddy
Fliest under the sea, I’m gettin Krabby Patties (true)
Dukes gave me deuce so this beef feel like it’s cavi’
Dreadlock nigga so my hair’s pretty nappy (woo)
Boppers give me love (love), I could give a fuck (no)
Young Metro said he trust her so I gave the girl a hug (hey)
Well I got a bag of tricks, I don’t do the politics (true, true)
I rock yellow on some yellow like what purple is to Prince”

I give Mr. Daniel props for the fact that he raps (most of the time) without AutoTuning his vocals, but when he says “if you want safe sex, baby use a knee pad” I don’t want to congratulate him on “Caroline,” I want to slap him for such vulgar misogyny. The closest I can come to liking a song on “Good For You” is “Sundays” and that’s because he sings his way through a lot of it, so I can basically ignore how utterly vapid the lyrics are.

The truth is all the guest stars outshine Amine on his own album — Offset of Migos fame on “Wedding Crashers”, Kehlani on “Heebiejeebies”, Nelly on the aforementioned “Yellow” and even right at the beginning of the album when Ty Dolla $ign guests on “Veggies.”

It’s not often I have this strong of a reaction to an artist, but in Amine’s case it’s entirely a bad one. I just get irritated by the sound of his voice to the point I want to cover my ears, and if I’m wearing headphones I want to rip them off and throw them away. Even expensive ass iPhone earbuds would get jettisoned with the quickness. Metro Boomin, Frank Dukes, Malay and others produce some good beats but I just don’t want to hear these tracks. That being said “Good For You” MAY be for you. He’s a popular, viral, top selling artist. His social media numbers suggest there’s something I don’t understand about him that works for everybody else. I will continue to study him in the future and hopefully understand what exactly that is.