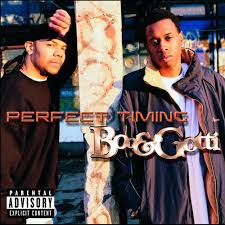 Odds are you’ve heard R. Kelly’s smash “Fiesta (Remix)” featuring Jay-Z. This song (for better or worse) helped inspire their collabo’ album “The Best of Both Worlds,” but it also launched the careers of Chicago natives Boo & Gotti thanks to their fresh verses. R&B and rap fans alike know the words: “I put the big body up, come through in a Rover; not only Kelly and Gotti, it’s Boo and Hova.” Kels was putting fellow artists from his hometown on the map, but the song was so large they became household names and a fierce bidding war erupted to sign them to a deal and put out their debut.

Odds are you wouldn’t have guessed they’d end up on the Southern powerhouse Cash Money Records. Of late though, they’ve been a power in decline. Their self-proclaimed Hot Boys were too hot even for their own imprint, and with the possible exception of Turk they all left for greener pastures. This forced Baby (the CEO) and Mannie Fresh (their star producer) to hold down the entire label as rap stars, a role they had adopted when the company first started and which they had never entirely abandoned due to their surprising popularity under the moniker Big Tymers. Still, after Baby’s solo album “Birdman” came out, it seemed as though they were increasingly desperate for fresh talent. By coming straight out of Chi-Town, Boo & Gotti’s vocals also give the label a fresh sound vocally as a break from it’s traditional (and highly effective) New Orleans drawl.

Odds are you would expect Mannie Fresh to produce a majority of the tracks on a Cash Money release, and you’d be right. 10 out of 17 cuts, hovering right between one-half and two-thirds, are stamped with his big thumbprint. CMR is also pushing a new in-house music maestro by the name of Leslie Brathwaite, with highly effective results. Brathwaite’s work on the lead single “Ain’t it Man” rings with the punch of Juvenile’s “Ha” and B.G.’s “Bling Bling,” and makes the Midwest to Dirty South connection complete. Boo & Gotti certainly don’t waste the opportunity to shine:

Odds are you wouldn’t have expected a lot of outside producers to be in the Cash Money mix, but Baby’s album either out of creativity or desperation broke with the tradition. It’s no surprise that R. Kelly would be here with his heartfelt mix and wailing on “Dear Ghetto,” but Kanye West doing “Gangsta” and “600” featuring Blackchild probably is. You’ll also hear hitmaker Jazze Pha lacing up the Snoop Dogg-esque “Ride Tonight” and the aptly named “Hot Shit” featuring up and coming artists Lac, Mikkey, and Stone.

Odds are that as much as you liked the “Fiesta (Remix)” and/or the lead single “Ain’t it Man,” you weren’t necessarily checking for “Perfect Timing.” Even Cash Money seems to have been unsure about the venture, as they haven’t really broken the bank promoting it or using their Universal Records connection to do anything other than get it in stores nationally. Despite what you were thinking though, this album is a surprising and pleasant combination of two disparate and distinct regional styles. Mannie Fresh may be the biggest surprise of all, as he diverges from his traditional sound with Kanye West type tracks of his own on “Think…” and “Chicago,” impressively solidifying his claim to not only be among the South’s best producers, but the best from anywhere in the U.S. or the world. Odds are you’ve noticed I focused more on the sound of this album than on the rap stars whose names grace the cover. That’s not to slight Boo & Gotti. While they are not as distinctive as well known Chi-Towners like Common Sense or Twista, they still hold it down. Their raps run the gamut from macking to pimping to mournful lamenting, occasionally cliche but never to an obnoxious degree; while their breath control and vocal tones are both professionaly smooth and respectable. They are the glue that binds “Perfect Timing” together, and odds are you might be surprised at just how effective their first album really is.