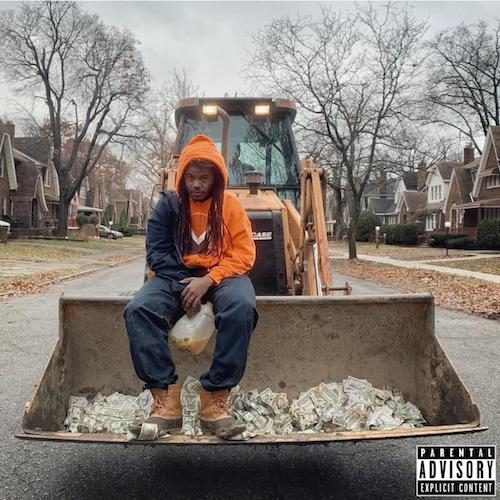 If you’ve only recently discovered Benjamin Earl Turner, welcome to the club. If you knew about him for a long time and are pleasantly surprised that he blew up, feel free to hand me a late pass. I personally had no exposure to him whatsoever until Samsung decided to feature one of his songs in a new television commercial, one that’s unforgettable the moment you see and hear it.

I wish I had half the swagger this kid does in one commercial. He’s as much the star as the song, but once you search Google to find out more about the song, Benjamin Earl Turner immediately jumps out the woodwork. It wasn’t surprising to find out he was a California Bay Area rapper given his use of “Yadada” as a song’s hook. It’s the Yay way to say “Knahmean?” Like most of the slanguage from the locale I’m tempted to credit E-40 but it’s just as likely to have evolved naturally and organically over time. “You know what I mean?” begets “Ya’knahmean?” begets “Yadadamean?” Now “Yadada” is just shorthand for all of the above.

This is all besides the point, but I’m purposefully burying the lead because the title of Benjamin’s EP is “F**K” and that’s definitely problematic for search engine optimization. Frankly that alone may be the reason Turner hasn’t gotten more press until now. Who wants their metrics cut in half just for one review? Ironically we make so little ad revenue that we could probably just afford to take the hit if I didn’t censor it, but that’s just a reminder I need to revamp and properly promote a Patreon page. Enough of that s**t though, let’s talk about B.E.T. and his EP.

“Truth Serum” gets things off to a powerful start and should for most listeners evoke instant comparison to Kendrick Lamar, and not just because Turner speeds up and slows down his flow in the opening verse. It’s also because Turner has a upper range octave — not high pitched or shrill, but distinctively melodious when he delivers his bars. Those bars are also packed with introspection and reflection, making Turner a pleasure to both hear and listen to. He’s got some s**t to say on “F**K“.

I’m still puzzling over why he called the second track “Ja Rule.” Honestly this should have been the titular track of “F**K” as he repeatedly says he’s trying to make that “I don’t give a f**k money/we can f**k raw money” in the chorus. Explicit language aside it’s a playfully humorous and bouncy track where Turner dreams about having it made in the shade when he gets paid. That’s a dream anybody on any coast or in between can relate to.

On “M’Baku S**t” with Daveed Diggs though, Turner makes it clear he is “a West coast n*gga” and firmly represents for California. Diggs actually steals a bit of the shine with his bars, going “ayyyyyy” like the Fonz and spitting rapid fire verbals, then singing the hook for good measure. Clearly Turner and Diggs have a good friendship because if this was on a Daveed Diggs EP with B.E.T. as a guest it would make just as much sense.

“F**K” wraps up with the quixotic “Apathy Happy”, where Turner says he has no f**ks left to give yet in saying so seems to indicate the very opposite. He jokes about how an earthquake “could turn my whole state to a Great Lake” but still tried to maintain the air that he’s a carefree dude. The politics sneaks into the bars anyway with raps like “40 cares and a mule? No – we ain’t gettin that/Meantime get on food stamps just to get ’em back”. The most telling line he spits though is when a peer tries to tell him pro-black means anti-white: “Nah b*tch! I’m an anti-body on a lunch break”. Turner plays by his own rules and not anybody else’s.

“F**K” is only the beginning for the man most people know right now as the “Yadada” dude. With or without the Samsung commercial we’d be seeing and hearing a lot more from Mr. Turner in the future, but with that kind of exposure he’s bound to accelerate straight into the Lamar-esque stratosphere in no time flat. The comparison may be easy, but so is the flow and the swag for Benjamin Earl Turner. He was already a star and now it’s finally time for the light to pierce the night sky and be visible to everyone.