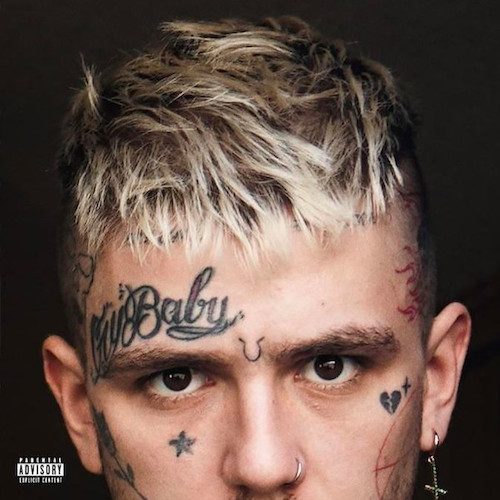 R.I.P. Gustav Elijah Ahr, known professionally as Lil Peep, born November 1st, 1996 and deceased November 15, 2017 at only 21 years old. Peep’s latest album “Everybody’s Everything” came out exactly two years to the day after he passed away. Peep made no secret of his use and abuse of drugs in his music — in fact that music was directly informed by it. The Long Island to Los Angeles transplant was self-medicating for mental health issues including depression, and as overnight celebrity often does, it only made those kind of issues worse while simultaneously giving you an influx of disposable cash to indulge your vices. Peep undoubtedly enjoyed the altered mind state that Xannies provided, but overdosing on them led to his demise.

You can’t discuss “Everybody’s Everything” or Lil Peep without discussing the late artist’s unhealthy obsession with powerful pharmaceuticals. It reminds me of something Caroline Konstnar said in one of her viral videos: “Now this s–t has really hit, and I feel like James Dean”. It’s almost a throwaway bar, which makes the inappropriate double entendre all the more funny/shocking when you catch the reference. Dean died almost 20 years before I was born, while Peep died a little over 40 years after, but what they both had in common was living fast and dying young.

The young brain is almost unfathomable in retrospect. I was just as reckless at the age they were when they died. I raced side by side down two lane rural highways going uphill. It’s a miracle I never ran head long into oncoming traffic. I drank until I blacked out and woke up in a hospital. It’s a miracle that I’m still here to talk about it decades later. Why do some of us do it? Why are we in such a hurry to die young instead of growing old?

It’s far too easy to say that you feel invulnerable when you’re young, although it’s certainly true that the rush of adolescence into adulthood informs a feeling that even life itself is unlimited. That same chemical change can also cause feelings of anxiety and depression, which can also fuel reckless and dangerous behavior. It’s a classic “chicken and egg” scenario. Which comes first? Do you abuse substances and take risks because you’re fucked up, or are you fucked up because you take substances and lose control over your impulses and emotions? If you’re suffering from depression going into adolescence, are you at greater risk of self-harm statistically? If so why do people who seemingly have it all together wind up with a white sheet pulled over their heads so young? There are simply no good answers.

“Everybody’s Everything” reflects Peep’s short but impactful catalogue by deviating little from the things that made him viral — his hazy wavy style, his emotional delivery, and his apparently complete lack of control over his demons. It may be that the only real solution to youthful impulses is surviving them just long enough to make a successful transition to the next phase of your life. Maybe that’s a roll of the dice. Maybe that’s having the right peer group to keep you away from severe excesses. Maybe that’s complete abstinence from sex and drugs — nah, that’s just not realistic. After all the trope of the preacher’s kid being the craziest one of all wouldn’t be true if it didn’t have some precedent. The harder you try to stay away from vice, the more appealing you are ultimately making it to wild the f#%k out.

“ghost boy” is one of only two tracks on “Everybody’s Everything” produced by Rozz Dyliams along with “Keep My Coo”. While the former suggests a mellow maturing for Peep was possible, the latter once again shows Peep dabbling in self-medication: “Catch me smokin dabs with your dad, why you mad, b#^ch? … I be playin Madden, smokin weed and rappin”. He happily brags that he got all his face tattoos “so your dad know I’m bad news”. For me that shifts the perspective away from Lil Peep the rap star back to Gustav Elijah Ahr, the young man whose life ended far too soon. When he makes statements like that in his songs, it shows that he’s NOT solely driven by reckless impulses he can’t control. He’s purposefully doing the things he wants to do. The tattoos are his choice. The Xannies are his choice. His “Rockstarz” lifestyle was a choice.

The catchy production by Fish Narc and the perhaps inappropriately named Better Off Dead on the song will keep “Rockstarz” in rotation long after his demise, which in a sense really does make him this generation’s James Dean — a white boy who achieved a lot of success young and then died young to be forever remembered for what he did while young. I wish I could say that his catalogue makes a profound statement for the 21st century… but it’s a lot of seemingly unnecessary self-abuse and self-deprecation for problems he never found solutions to. As Grandpa Rick says in the season four opener for Rick & Morty though, “There’s a lesson here, but I’m not going to be the one to figure it out”. You can live fast and die young, or you can grow old, or you can die in some horribly tragic way you have no control over. Whatever your choice is maybe you’ll have “Everybody’s Everything” in your AirPods along the way. Perhaps the title IS the lesson. In death Peeps’s legacy is that he can represent whatever you want him to. Shape him how you wish.