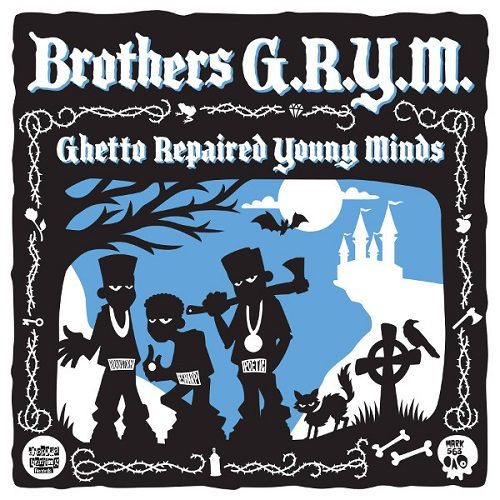 Anthony ‘Poetic’ Berkeley’s medical condition was not known in detail, but we knew that he had developed cancer, and when he succumbed to the disease on July 15th 2001, his untimely passing was a somber casualty we had been apprehensive of. Poetic is best known for his membership in the Gravediggaz, whose debut album was not only high-end horrorcore hip-hop but also a successful therapy session for four individuals who had a score to settle with a certain record label. But while negative experiences with Tommy Boy Records may have motivated Prince Paul, Frukwan, The RZA and Poetic equally, the latter always appeared to be the real driving force behind Gravediggaz, also trying to keep the project going with Frukwan when the more prominent members prioritized other obligations.

Poetic’s frustrations with the music industry arose during his time as a member of trio Too Poetic when Tommy Boy decided to shelve the group’s stipulated debut recorded between 1988 and ’89. But what happened in between? How did the artist bridge the two projects Too Poetic and Gravediggaz? How did Poetic become the Grym Reaper? A collection of demo tracks released by Chopped Herring Records, “Ghetto Repaired Young Minds” may be helpful in providing some answers to these questions. Brothers G.R.Y.M. were also a trio, with Poetic as the main (but not only) vocalist. His allies were Brainstorm and E-Sharp, who happened to be his younger brothers. The siblings were not new to making music together. Their parents, who had migrated from Trinidad and Tobago in 1971, performed with their children as The Berkeley Singers, considering the father was a pastor likely mostly on the gospel circuit. So in a way the Brothers G.R.Y.M. cut back to a time even before Poetic hooked up with schoolmates DJ’s Kaos and Woody Wood to form Too Poetic.

Rewind back even further and you would have seen Poetic performing in rap crews around Wyandanch, NY, that also included Rakim, but let’s concentrate on the era documented on “Ghetto Repaired Young Minds”. It should be roughly identical with a demo tape then hip-hop authority The Source received in 1992 and deemed ‘one of the fattest demos’ to reach the magazine’s mailbox that year. Unfortunately ‘DA BRUTHAS GRYM’ didn’t actually make the storied Unsigned Hype column (unlike a certain ‘Notorious B-I-G’) because they forgot to include contact details. Being signed and not getting the proper support may suck, but being unsigned requires a business savvy of its own. This little episode helps illustrate the tentative nature of these recordings.

Brothers G.R.Y.M. was Poetic testing the waters after Too Poetic. But to what degree did the flavors he cooked up eventually merge into the Gravediggaz persona Grym Reaper? The rapper definitely showed himself open to stylistic outside influences. Just like he was bitten by the Ol’ Dirty/Meth bug on his first round with the Gravediggaz, there are traces of Zev Love X flows (by way of 3rd Bass) and Kool G/Kane patterns on this demo, the latter also due to his brother Brainstorm who lets tidbits like “Metaphors is packed with vocab so bad I come off a drum like a gonad” roll off his tongue with the precise rhyming and timing cadence of BDK and KGR.

The two siblings share the mic on three tracks. “Bruthas G.R.Y.M.” sees them rocking a makeshift beat built on the “Amen, Brother” break with animated deliveries and playful rhymes. “Circle, Circle, Dot, Dot” provides the kind of rodeo ride early ’90s East Coast hip-hop was known for, while “GRYMnastics” stands for the conception of rap as a form of verbal and vocal acrobatics. The way the Brothers G.R.Y.M. freely interpolate old school routines, children’s songs and TV commercials, it almost seems inevitable that Poetic and Prince Paul would cross paths. The beat to “Turtle Soup” indeed sounds like something off Paul’s unreleased Resident Alien project “It Takes a Nation of Suckas to Let Us In”. And when Poetic and Brainstorm refer to themselves as Brother 1 and Brother 2, it’s hard not to think of De La Soul’s Plug 1 and Plug 2. The entire EP is akin to a creative workshop. “Ain’t Tryin to Hear It” makes its points across a tour through film history and “How Do Ya Do?” may be rap’s most longwinded introduction ever, Poetic engaging in three verses of pop culture name-punning before finally making his formal (re-)introduction:

“Just like Carl I know how to Weather[s] a storm
I Cruise over MC’s, sorta like Tom
Some say I’m Rich, but Pryor to this
Worked like Eliot just to get a Ness
Just like Jane girls wanted to Seymour
They raise their hands for some Doe, but you can be Sure
I’m not Robert, you want De Niro
I’m not Sonny, I gets my Cher, though
Sorta like Groucho I gots to leave my Marx…”

After the crash-landing of the first project, the material on “Ghetto Repaired Young Minds” is decidedly more mischievous. While it doesn’t reach “6 Feet Deep” intensity, it’s an important stopover on the journey from straightforward mic technician to manic goblin (and back). Also, while far from the allegorical Gravediggaz, “Ghetto Repaired Young Minds” still has a couple of moments of underlying seriousness. “Ain’t Tryin to Hear It” uses its Hollywood references to touch upon the topics blackness, war and death. And finally “Livin’ in Hell (Had to Survive)”, the third track to feature Brainstorm, tells of the everyday struggle, Poetic describing a “livin’ hell, and it ain’t hard to tell / the end result is a grave or a jail cell”, and his brother cautioning, “Forces try to bury me because I’m ebony / Choppin’ like George and the cherry tree to sever me / (…) / I’m waitin’ on employment lines / If I get turned down one more time / Yo, I’ma have to take the blinding path / of a brother with a sinister criminal-minded wrath”.

It was a loss both for hip-hop and Poetic when Brainstorm decided to quit making music around 1991 (reportedly to pursue “personal growth”, to be clear). Accounts of that period suggest that Poetic fell on hard times after the Brothers G.R.Y.M. project too was doomed to failure. As for the third member, E-Sharp (born Eddie Berkeley, alias GoalFingaz) resurfaced in the 2000s with production for R&B big names such as Next, Gerald Levert, Jaheim and Luther Vandross. In 1992, Poetic’s personal big moment wasn’t far away, and he finally left his mark with the first two Gravediggaz albums, in retrospective emerging as nothing less than the Gravediggaz mastermind (which is saying something when you’re in a group with two of hip-hop’s greatest masterminds). He also left, if we may put it this way, another legacy, as his daughter Eunique, who grew up with foster parents in Hamburg, is currently part of a new wave of female rap and trap artists in Germany, her 2018 debut (and top-ten) album “GIFT” a studied, up-to-date statement of self-empowerment in rap fashion that certainly would make her dad proud.