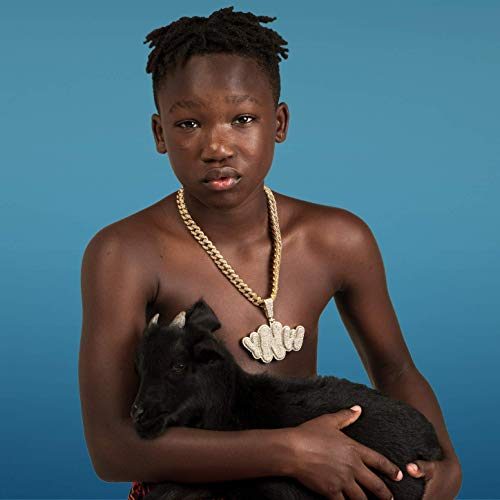 Florida rapper YNW Melly has been blowing up through his own mixtapes and through cameos on albums like Lil Keed’s “Long Live Mexico“. Unfortunately for the 20-year-old his career could be over before it has even fully begun thanks to two charges of first degree murder that are hanging over his head like the darkest clouds imaginable. While he bides his time behind bars waiting for trial (or to possibly take a plea) his younger brother YNW BSlime is following in his footsteps as a recording artist with the release of his debut album “BABY GOAT”.

The affection the brothers share is clear from the album’s first single and video “Dying For You”, though I’m struck with irony over the fact Melly is accused of (allegedly) killing two of his best friends. Perhaps dying for Melly is not the way to live. Even if Melly beats these charges he and YNW Cortlen are suspects in a deputy sheriff’s murder as well, so the number of raps that Melly has to beat means BSlime may not see his big brother again for a very long time. It’s unfortunate that this happens so many times and that it keeps coming up in these reviews. Rappers on the cusp of becoming superstars are pulled into the system, shot dead over beefs, or overdose on recreational drugs. It’s more unfortunate that talking about it is all we seem to ever do. I feel like this is turning into a lost generation of rap artists and too few of the artists from the previous ones are doing anything about it. SOME are out there being mentors, but too many are not.

Let’s get back to BSlime though. At only 12 years old this young protege is in a potentially more dangerous situation than his big bro, because he’ll have an even harder time resisting temptations without the guidance Melly could have offered him — the pitfalls and traps that he should avoid on his way up. The only one I could offer him is that it’s not enough to simply imitate the sound of artists like Future and Juice WRLD to blow up. Obviously it works or every single new rapper wouldn’t be doing the same things. I can’t even say it doesn’t work for BSlime per se. “Gucci Belt” is the kind of catchy song that could go viral just as quickly as “Sunflower” did.

The question I have to ask is what kind of career longevity this ultimately generations. “Imitation is the sincerest form of flattery” but when the whole rap game is flattering each other, it starts to get awfully boring to listen to. The only way to prop this trend up is to find one producer after another who can provide catchy enough beats to support the AutoTuned rappers, and ultimately that well is going to run dry. Saying that it won’t happen is like saying climate change isn’t real — you can’t just ignore what’s going on and expect it to all work out for the best. It WILL happen whether you want it to or not. It’s cute and all that Melly’s younger brother is singing about how badly he wants a girlfriend “around me like a new Gucci belt” but here’s another trend that faded — cute young rappers who could sing. That one came and went over 30 years ago.

I’m not saying BSlime is terrible. In fact for being a pre-teen he’s probably better than he has any right to be, so obviously he inherited some of the same musical talent his big bro had. At this point though Melly is going to have to lean on him more than the other way around given all his legal troubles, so if I can gently offer some advice to the young man it would be this — stay away from the drama, create trends instead of chasing them, and hire a pro with a sterling reputation to manage your money. That’s all I can say. His music is exactly like every other AutoTune singing emcee these days — no better and no worse. He’s getting some fame and success and I hope that his future will not take him down too many dark paths. When you’re young a few are inevitable, but some are more precarious than others.