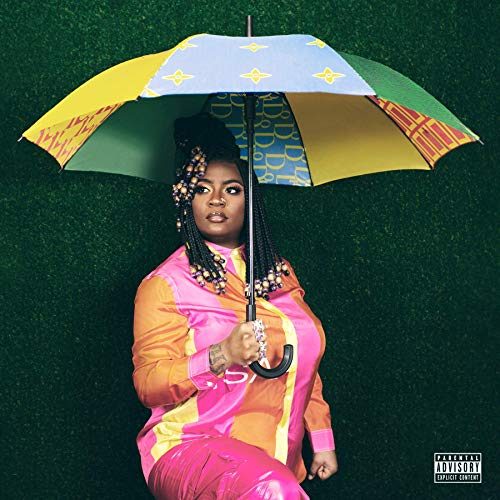 Kamaiyah :: Got It Made

“It also doesn’t hurt that what seems like a shallow party album reveals itself to have hidden depths.” That’s how Patrick Taylor described Kamaiyah on “A Good Night in the Ghetto” in 2017 and as a fellow RR writer I took notice. When I heard she was dropping “Got It Made” this year I wanted to check it out and see those “hidden depths” for myself. Besides it’s not like there are a plethora of balling ass female rappers from the Bay Area — I can only think of Kamaiyah and Suga-T off the top of my head. True to the Oakland area she reps, “Still I Am” sounds like a classic 1990’s era song that you would’ve heard produced by Rick Rock — in other words the shit bumps.

“This shit is exhausting/when you boss up and run your own office/but I’ll take that over anything”. There are the “hidden depths” that Mr. Taylor was talking about. Even though the deep and sultry voiced Kamaiyah could be flossing and ghost riding thanks to her rapid rise to success, she’s using her music to pass along a message of empowerment and economic hustle. Game respects game Kamaiyah. I can enjoy not only the funky beat and the confident swagger of your song but the fact you’re proud of being self-made and would undoubtedly like to see other women follow you down the same road. Speaking of hustle though Kamaiyah links up with Miami’s original bad-ass bitch Trina for the humorous “Set It Up” where cheating ass dudes get exactly what they deserve.

Like the boss ladies she has followed into rap, Kamaiyah is also not afraid to get down with her sexuality in a frank and unapologetic way, using Oakland legend Too $hort to set things up on “1-800-IM-HORNY”. This kind of lyricism would have gotten 2 Live Crew arrested back in the day. “All night long I fuck them endless/If you fuck with me don’t fuck my bitches/Fuck me slowly/Come give me that shit like you owe me/But don’t fuck my homies”. At this point Foxy Brown, Lil’ Kim and Nicki Minaj have prepared the rap audience well for pussy power, but given the overwhelming amount of successful male rappers comparatively it stills feels refreshing to hear a woman telling men to service her rather than the other way around.

Overall what I enjoy most about “Got It Made” is how hella Yay Area the star Kamaiyah is. The slinky bump and funk of “Digits” featuring Capolow, the frank “I’m from the West side, nigga on some Bay shit” attitude of “Whatever, Whenever” and the club dance friendly “Get Ratchet” featuring J. Espinosa. Since Kamaiyah isn’t afraid to be crass I’ma go ahead and say something a little crass too — I like how thicc Kamaiyah is. She’s got some Lizzo goin’ on. If you’re tired of successful female rappers who look like Project Runway models or Barbie dolls, Kamaiyah is the opposite of that. She keeps it REAL in every sense of the word and even as a middle aged dude I appreciate it boo so you keep doing you. The only downside of “Got It Made” is that it’s under 28 minutes long. Just when you start to feel a chick the shit gets cut off. Drop one double the length next time Kamaiyah — I’ll be back.

Kamaiyah :: Got It Made
7.5Overall Score
Music8
Lyrics7.5