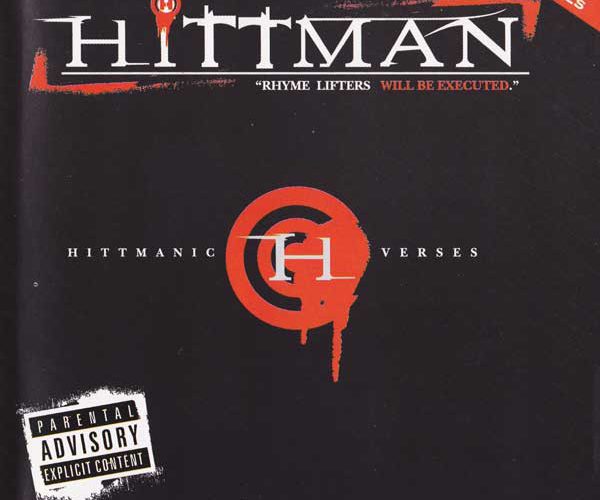 Grant JonesMarch 31, 2020
Back to the LabCompilationReview

In an alternate timeline, Hittman is a household name. For many hip hop fans, he already is, thanks to his prominence on Dr. Dre’s “The Chronic 2001” – one of 1999’s biggest albums. Dre’s sophomore (because 1996’s “The Aftermath” was a compilation, it isn’t counted) cast any doubt aside over whether the Compton icon had lost his touch, continuing to sound incredible for a record that’s well over 20 years old. Masterfully engineered and thanks to a ridiculously deep cast of A-list artists, it sounds like the blockbuster moment it truly was. But amongst all the L.A. stalwarts, buzz-worthy emcees on the rise, and a certain Detroit wordsmith, a new name dominated Dre’s album more than any other – Hittman. With this much faith from the big Doctor, Hittman was destined to be a key artist on the Aftermath imprint.

So where did it all go wrong? There are a variety of factors that led to quite a few artists being promptly dropped by Dr. Dre, or left in limbo as albums never materialized. Between 1999 and 2005, Dre was arguably the most in-demand producer and was the executive producer on the following records:

Amongst that heavyweight run, Truth Hurts was fortunate to see her album release, bolstered by the hit single “Addictive”. The list of artists dropped by Aftermath is now infamously long and for many, it has been a curse more than a blessing. Hittman is one of these names, going on record to state that Dre’s focus is precious and if he was busy, it was difficult to fulfill all the signees’ wishes to make music. The guy’s a perfectionist, and his production often exemplifies that vision of flawlessness.

“Hittmanic Verses” originally released in 2005, right at the end of that illustrious run of albums listed above. This deluxe edition dropped in 2018 and adds “We Come Through”, “Slam”, “Now (Demo)”, “My, My, My”, “Hott Damn”, “Lick Da Balls” and “West Coast Shit”. Interestingly, it removes “The Hiznit”, “Ass” and “It Ain’t Safe” – two of these have Dr. Dre involvement according to Discogs.

“Last Dayz” remains the highlight of Hittman’s post-”2001” run, with a hook that could have seen him on hip hop radio. It was the B-side to Dr. Dre and Eminem’s “Forgot About Dre” and even had a minute teaser at the end of the “Forgot About Dre” video:

Hittman’s humor runs throughout “Last Dayz” and it feels like it would have fit in snugly on “The Chronic 2001” – Lord knows some of them skits could have been dropped. There are numerous leftovers from these sessions – “Front Page” itself is full of recited moments from Hittman’s appearances on the Dr. Dre album, named after the line from “Light Speed”. With that, it lacks its own identity, actually sounding wildly off-topic thanks to Hittman never receiving the “front page stardom” he clearly was promised on Aftermath. Even the structure of the song is off, with Hitt stating “Let me introduce myself” on the second verse.

Dre’s fingerprints are all over “Blaaow!” and it’s vicious, with Dre kicking off the track with some eye-opening lines:

“If you didn’t help me go platinum or suck my dick, you’re useless
8 ball to the gall for y’all who thought that Gatorade was baller juices
Saw the Aftermath recruits, rivals labels wanna call truces
Try to stall us, send their harlots to seduce us
We composed of brawlers, ballers, emcees, producers
No losers allowed, don’t be confusing the style
Chronic 2000, here and now BLAAOOW!

The fact “Chronic 2000” is frequently referenced means this was recorded before the album name had to be changed (Suge Knight released a Death Row compilation named “Chronic 2000” in May 1999).

Battlecat shows Hittman had chemistry with other producers on the West Coast and his flow blossoms on the slow G-funk of “Let Shit Go” alongside fellow Aftermath talent Knoc-Turn’al. Speaking of which, Truth Hurts returns on “Hott Damn” and it’s a solid addition. The beat is unique and has that smooth bass that lends Hittman a platform to be his ignorant best. I’ve always been a fan of Truth’s voice and while she does still make music, it’s a shame she’s not as prominent in the scene these days.

The songs added to the deluxe edition seem to be recently recorded, with references to old rappers and even Deontay Wilder. The problem with these tracks is that (to put it bluntly) they are bad. The quality of the recordings are all over the place, often quieter than the older songs and possessing low-budget instrumentals. “My, My, My” tries to capture the magic Hitt had with Dre but it’s much ado about nothing. “Slam” has some cheap-ass snares. The quality of the “Now (Demo)” is horrible and shouldn’t have been included because it’s barely audible.

“Hittmanic Verses” isn’t as terrible as the title of the record, but does sum up the content on show. These are largely verses tied together with vague themes, relying on a blend of shelved Dr. Dre productions and forgettable songs Hittman did in the years after he quickly lost relevance. The 2005 edition is actually a better record because it doesn’t have the recent tracks. Both versions are worth checking out regardless, but this is a compilation of loosies sewn together. An actual Hittman album produced by Dr. Dre will always be something few knew they wanted but many will have enjoyed, particularly in the year 2000.