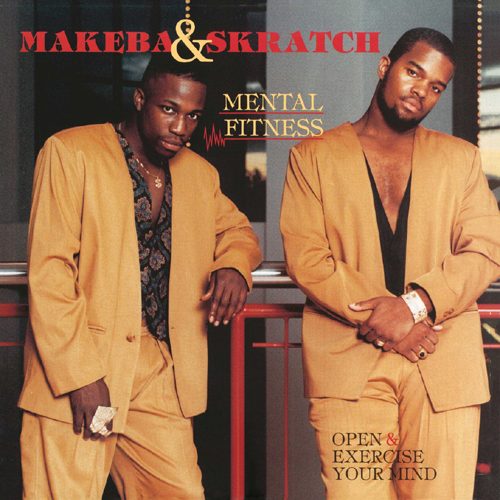 Rapper B.A. Xcaliba, presumably representing the Bronx, insisted in 2001 to “stay on top of New York like Buffalo and Syracuse”. It was a rare recognition of Upstate New York, even as it came in the form of a metaphor. While Western New York’s Rochester and Buffalo have been able to make themselves heard over the years, to the rest of the world Central New York’s Syracuse is virtually a blank spot on the hip-hop map. That certainly doesn’t mean that the city of around 150,000 hasn’t been home to MC’s, DJ’s and beatsmiths, it just means that nobody of note was able to represent Syracuse on a bigger stage (unless you regard Post Malone and Andy Mineo, who were born there). The place has its own Syracuse Area Music Awards, winners of the Sammys in the hip-hop/rap category in the current millennium including Doo WiTTle, Deadwate, RayWellz, Sophistafunk, G-Netics, The Goonies, Decoy a/k/a Nick Case, World Be Free and the late Tall Bucks. Further making noise on behalf of the ‘Cuse are Mad Dukez, Ivan Da Great, Seth Marcel, Qua the King and Thump Mandoza. And local label Red Brick Records has been putting out releases in three different decades. Sounds like your typical colorful hometown scene.

Going way, way back to the early days you will eventually come across Makeba & Skratch and their album “Mental Fitness”. The MC/DJ duo put out their first single in 1989 on Syracuse-based Elegance Records, possibly holding their breath for an offer from a bigger label. Two years later they gifted the world (or at least Syracusan hip-hop enthusiasts) with their self-produced, self-published debut LP. The reason a record like that gets reissued (as recently as 2019) is that it’s not just a collector’s item but also has a certain classic appeal. It looks good. It sounds good. It has samples. It has a message. What it doesn’t have is the look, the sound, the samples and the message of 1991. It’s more like 1988 or ’89 – but not in a “3 Feet High and Rising”, “Straight Outta Compton”, “It Takes a Nation of Millions to Hold Us Back” kind of way.

What’s classic about it is how everything falls into place (most of the time anyway). Practically every song contains a snippet from the James Brown catalog (sometimes up to four), and each one is really well woven into the musical texture. While a lot can be said for the unorthodox ways in which hip-hop music was cobbled together in the 1980s, for every excitingly jarring and jazzy joyride there were just as many tightly synced (often with the help of the same James Brown) compositions. On that score, Makeba & Skratch had this sampling thing figured out, whether that was in 1989 or 1991 is not that important.

When they let a sample run backwards at the end of “Don’t Sleep on Us” (the kind that sounds only slightly different when played in reverse), or roll out a really potent dance break complete with scratching during “Mama Feel Good”, it’s obvious they know exactly what they’re doing. And that as early as 1989, as the b-side “Ain’t it Funky” testifies, when Makeba bares his teeth and Skratch tears up the 1’s and 2’s. One song belongs entirely to the DJ, the appropriately titled “You’re in Good Hands With Skratch”, where he not only gets behind the mixing board and the turntables but also the microphone to share his experience as a self-taught, self-sufficient musician. “I write, arrange, produce and mix and all that”, he boasts, not really fazed by his partner’s interjection that there’s “another DJ Scratch” (likely the one of EPMD fame and later production heavyweight).

Meanwhile Makeba has no problem accelerating the pace, riding the bucking “Blind Alley” rhythm behind “MC’s Can’t Get With Me” (although we’re not talking “Ain’t No Half-Steppin'” levels, to be sure), or surfing the slipstream of the propulsive “Candy Rappers (Throw ‘Em Away)”. Alternatively, he eases into a classy Dexter Wansel groove on “Don’t Sleep on Us”, spars with “Knockout”‘s very real flurry of blows, or lives up to his Makeba The Messenger moniker on the “Inner City Blues”-sampling “Mental Fitness”.

What this tells us is that Makeba & Skratch make sure music, songwriting and performance match. Thus their songs make sense on a very elementary level. Efforts like “Don’t Sleep on Us” and “Knockout” milk their metaphors for what they’re worth. Which is totally within the lines of late ’80s hip-hop. Take “What Can I Do”, Makeba’s own “Microphone Fiend”, an elaborate ode to the microphone (an actual subsegment of rap songwriting, believe it or not) set to Gwen McGrae’s “90% of Me Is You” (predating more widely known early ’90s adoptations by YoYo, Boss and Spice 1) or, quite a natural contender, “Candy Rappers (Throw ‘Em Away)”, which holds some searing indictments of the negativity spread by fellow rappers:

“I’m the great damager
To those that perpetrate the art of rap music
Tryin’ to abuse it by cloggin’ up the flow
Ha, but I’ma solve it like a can of Drano
Those that rap about killin’ innocent people and cursin’
Puttin’ hatred in the heart of every person
Don’t listen to it, you’re attendin’ to a evil ritual
Those people were hired by the devil
To get paid, that’s all they wanna do
They don’t care what happens to me and you
You do crack and put make-up on, clown
One day you’ll get so high, you never come down”

“Mental Fitness” is an explicit offering “from two positive minds”. On his personal moment on the pulpit, “Look to the Sky”, Skratch describes himself as “a church-going brother / that was brought up righteous by a real good mother”. Coming from a Christian background, both of them are still at a point where they sort out their stance on religion, questioning the demonizing of ‘the white devil’ or the hubris of calling yourself god, but embracing the idea of a ‘black Jesus’ and encouraging the reading of the Qur’an.

Subtitled ‘Open & Excercise Your Mind’, the album leads by example, and its title track sees Makeba in the role of “mental coach / to make you leap over hurdles and jump the ropes / of life and reach your goals / and take advantage of what they stole”. Indeed, this MC’s interpretation of mental coaching goes deep: “Break through the chains of mental slavery / and stop your ignorant behaving”, he also says in the titular “Mental Fitness”.

As much as Makeba & Skratch try to be model students of rap and role models as artists, they tend to be a bit too prim and proper, to the point where they censor the phrase “Get the finger” to a cut-off “Get the f…”. Still their allegiance to positivity helps make them stand out. It’s not often that you hear a rapper affirm that he cares about others like Makeba does at the end of “I Can’t Stand It”. And you probably wouldn’t expect him to not once malign his rival in a song he titles “Better Man Than He”. Speaking of, the album’s two romantic episodes (preluded by the clumsily flirtatious but infectious “Mama Feel Good”) appear so early they seriously irritate the hardcore hip-hop listener and sort of betray the opening track’s promise “We hide out underground / makin’ the universal sound”. They also reveal that without (or a reduced) reliance on other people’s recordings, the duo struggles to achieve the same quality as their own instrumentation sounds cheap in comparison.

Still, with Makeba & Skratch the hip-hop scene in Syracuse was off to a very promising start. As has been said before, rap is contradictory (or double-edged, if you prefer) by nature, so we should see past the conflict between “Tear Drops” and “Candy Rappers (Throw ‘Em Away)”. The latter’s “Eat up the microphone and throw away the candy rapper” is just too powerful to be discounted by a couple of saccharine ballads. One thing the duo was very clear about was their intent to reinstate the culture’s moral compass. They reminisced on rap’s “positivity that made you feel good” and hoped to “pass it on / just like a baton in a marathon”.

With a DJ who quite literally had his back, Makeba had the confidence to scold competition as he does in “MC’s Can’t Get With Me”:

“They come in spaceships just to hear me rock
My skills came from battlin’ suckers on the block
Holdin’ his jock, drinkin’ a forty
Always whistlin’, callin’ females shorty
Well chump, drop your bottle, let’s get back to the rap
Next time you see me, take off your hat”

Some 30 years later, we can at least tip our hats to Makeba & Skratch.