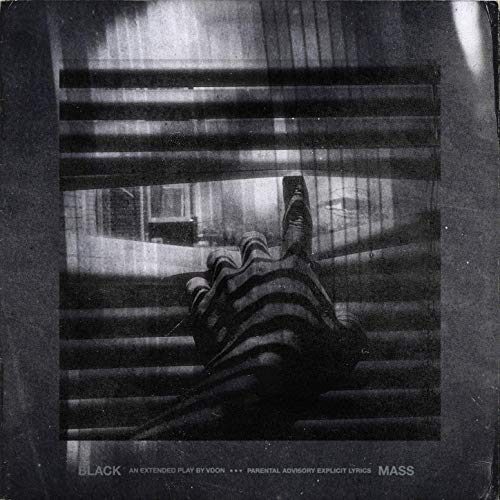 V Don is a producer who hails from Harlem known for working with emcees like A$AP Rocky and Styles P, but he’s also branched outside of NYC to work with the likes of T.I. and Trae tha Truth. He’s quickly built a resume and reputation for solid tracks, and when I listen to his work I get an Alchemist vibe. He likes to build up the layers and create an atmospheric track that envelops you like London fog, and the rappers he works with breathe it in and spit out flames. After multiple unofficial V Don mixtapes it was definitely time for a commercial release like “Black Mass“. To debut the album Da$h sets it off on a Don production for the track “Whitey Bulger”.

It’s a very short track (1:45) but it’s a good introduction if you’re new to the Don. The track has an intentionally 1990’s Mobb Deep feel, even though V is a Harlemite and not from the 41st Side. That’s alright though. I have the feeling V Don could imitate or recreate any style he set his mind to. One of the standouts from this album is “Get Back” featuring Dave East. “Plastic on them couches, public housing, no time for a nap” raps East as he plots on a come up any way out of those circumstances, all while the beat bangs out like a combination of tracks by East Flatbush Project and Apathy. The jazz instrumentation is lovely in a super dark and grimy way.

The strength of a producer’s showcase album is elevated or held down by the artists he chooses to appear on it. When you release a completely instrumental or “beat tape” album you can just flex any way you like, but once you let people spit on the tracks they’ll either conform to the layout or the producer molds it to fit them. I’m not sure which happened on “Forefathers” featuring Dark Lo, but the breakdowns hit at exactly the right times as Lo attacks the beat with the venom of Vinnie Paz. This one could raise the hair on the back of your neck. It’s gothic rap — eerie and pugilistic.

With only 31 minutes and change total on “Black Mass” there’s not much time to half ass, so it starts strong with “Judas” featuring Adonis and ends the same way on the aptly named “Borrowed Time” featuring Kadeem. In between you get throwbacks to a bygone era of New York rap like “Since 16” featuring 38 Spesh and ElCamino or “Boomerang” featuring fellow Harlem artist Smoke DZA. Given his best album to date was his link up with Pete Rock, it’s a revelation to hear him over these piano chords. Some artists can’t help but be overshadowed by Don’s craft though. Sauce Heist tries his best but “slow dough better than no dough” isn’t enough to wreck the spooky beat Don cooks up on “Asolos”. These are minor setbacks though as V Don’s “Black Mass” delivers a dark sermon in rapid fire fashion.