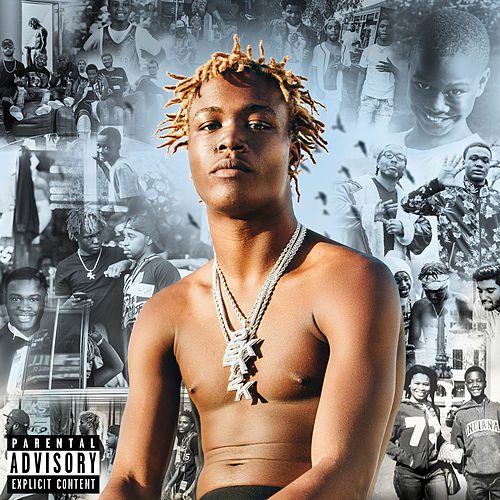 2KBaby’s voice stretches beyond Earth’s rigorous boundaries in search for something much bolder and brighter. His spiritual melodies are sprinkled with perseverance in the wake of extreme hardships. They give him and everyone else something to live for. It’s the type of music that solicits a second chance in life; a pursuit of happiness while the world continues to crumble like a medieval empire.

A lot of people are born with the natural ability to sing. Only some realize this talent at an early age. For 2K, it took a six-hour drive to Atlanta listening to Calboy’s discography for him to find out his voice carried angelic tonalities. What makes him stand out from the other singer/rappers is his ability to create a heavenly backdrop that compliments his Gospel-like vocals; something he consistently does on his debut mixtape “Pregame Rituals”.

Harp chords swoon as 2K confines his posse to a short number on “Dreaming.” Only the homies who understand his origin are allowed in the clique. The Louisville native sets the tone early with “Drowning,” a formidable introduction that encompasses everything sacred found within his music; the heartfelt (and catchy) chorus, the passionate verses that highlight his upbringing and bro code aphorisms; his mission to move past the bullshit that’s infected his life for years.

“I’m drowning, I cannot escape my surroundings
They doubted, alone at the top of the mountain
Keep smiling, this money, it just keep on pilin’
Yeah, yeah, yeah
Like Fiji, my neck and my wrists is in water”

Due to the variety of different orchestrations found on “Pregame Rituals”, 2K can easily morph between different inflections with the confidence of someone who’s mastered his own style, and the rap game at large. The backing hymn on “Old Soul” allows 2K to pucker his singing, while “Rolling Stone”’s trap-inspired urgency gives him the ability to skip across the beat with serenity. The latter specifically features him flawlessly transitioning between scampered rapping and soulful crooning, a style he uses persistently on the mixtape.

The features here are few and far between. G Herbo, Lil Durk and YFN Lucci all make appearances, and none of them can reach the chameleonic versatility of 2KBaby. Herbo has the best performance out of the three, carefully spitting hardnosed one liners about his incessant drilling and DIY come-up (“Only Thursday, we done been on six drills, for real/Lit with no deal/Still in this bitch with my n****s on pills”). No one comes close to Baby’s infectious personality exuded through Auto-Tune that frequently extends beyond its robotic makeup. He doesn’t live within its perimeter; he breaks through it like a bulldozer. 2K executes the vocal aesthetic with a confident elasticity.

“Half a milli’ in the bank
This shit ain’t really what you think, I miss all my niggas
I crack the seal to ease the pain
You never?really seen the rain (Yeah), I need seven figures”

Most rap albums of this stature grow tired by the fourth or fifth song. Very few up-and-comers are seasoned enough to transcribe new ideas. 2K has a new melody for every instrumental. He careens off of “New Shoes” like a Gospel singer performing a hymn at Sunday service. He stretches notes like a balladeer on “Bali Blonde.” This is what trained versatility sounds like. This is the result of studying the game’s best. The future is just as bright as Baby’s voice. I can’t wait to witness it firsthand.