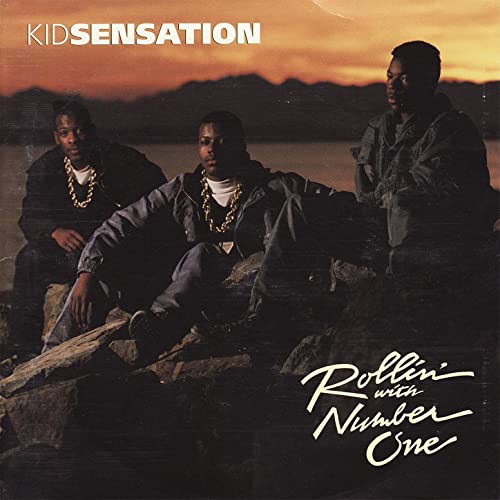 Rollin' With Number One

Kid Sensation :: Rollin’ With Number One

At a time when Sir Mix-A-Lot was putting Seattle on the map nationally for rap fans, his friend Stephen Spence b/k/a Kid Sensation seemed poised to follow him down the road to fame and fortune. Signed to the same Nastymix Records as his mentor, Sensation released his solo debut “Rollin’ With Number One” right after Mix-A-Lot’s second album… and right BEFORE his third album “Mack Daddy.” If it occurs to you that the Kid was a victim of bad timing, you’d be absolutely right. The endorsement of Mix-A-Lot would have been infinitely more valuable once the song “Baby Got Back” made Mix-A-Lot a global phenomenon, but neither of them could have foreseen how much bigger Mix would be just a couple years later.

If you didn’t know him from cameos on Mix’s albums, “Prisoner of Ignorance” might have had you thinking he was a Cali rapper. Close your eyes for a second while listening and you can easily picture this as an Ice Cube track produced by Sir Jinx, which is meant entirely as a flattering comparison. “America, face the problem you created” raps Sensation as he runs down the racism and economic inequality that led him to a life of crime. The only time the song’s credibility takes a hit is when Kid says he’s due for a death sentence via the electric chair at only 16. Even in 1990 there weren’t any states using capital punishment on underage minors even if they wound up being tried as adults. It’s still a good song despite that error.

“Seatown Ballers” makes it much more obvious where Kid Sensation is from, as he’s proudly putting his city front and center in the song’s title. The track is built on the same Zapp “Doo Wa Ditty (Blow That Thing)” sample used by dozens of other rappers, but it’s perhaps best remembered for Paperboy’s one hit wonder “Ditty.” I actually prefer this song because it’s a chance for everyone in Mix-A-Lot’s E.C.P. (Emerald City Posse) crew to get a little shine — the very same people he shouted out in the seminal classic “(My) Posse’s on Broadway.” It also makes me a little sad we never got that Maharaji solo album.

The reason we never got that album though is probably the same reason “Rollin’ With Number One” didn’t launch Kid Sensation into the upper echelons of rap stardom. For better or worse Nastymix was a regional label that Mix-A-Lot was a partner in, which enabled him to sign his homies to record deals but also ensured their greatest fame was in the greater Seattle area. Ironically Mix himself realized the limitations of this approach when he signed with Rick Rubin’s label Def American to not only re-release his first two albums but publish his third. While Mix’s fame skyrocketed off “Baby Got Back,” no one seemed to care about the ancillary rappers around him. Even as talented as Kid Sensation is, he was not getting that same bump without the same treatment from Rick Rubin — and no one else in the 2-0-6 was getting that phone call.

“I kick intelligent lyrics that keep the place hype” quips Sensation on “Flowin’.” It’s another track by the Kid I like but I think the “hype” is debatable here. The flow and the beat are charming in an old school throwback way, but let’s be clear this was “old school” in 1990 let alone over 30 years later. I don’t think rap fans were clamoring for this style. “Back to Boom” comes a little closer to being contemporary, and one could even think of it as a prototype for the success of “Baby Got Back” in terms of bass, tempo and delivery sans the gluteus maximus references. He shows off an even FASTER flow on the accurately named “Two Minutes.”

Things took an interesting turn for Kid Sensation when his friendship with Mix-A-Lot failed to lead to greater fortune and fame. In the 1990’s he dropped his nom de plume altogether and rechristened himself as Xola Malik. “Christened” is quite literally what happened too — Xola is now a clean cut Christian rapper who uses no profanity in his music. I’m not sure whether or not I want to go down that rabbit hole, but it’s only fair to let you know that he never really retired from the rap game. You can’t blame him for realizing that being Kid Sensation was a dead end especially when he was no longer a “kid” in age, but it’s a shame that “Rollin’ With Number One” had no chance to ever REACH number one. I don’t think any one was that hyped for the Kid in his heyday, but as far as rap albums from the era are concerned, it’s one that holds up better than a lot of similar releases. Seattle’s rap scene was and is truly underrated.