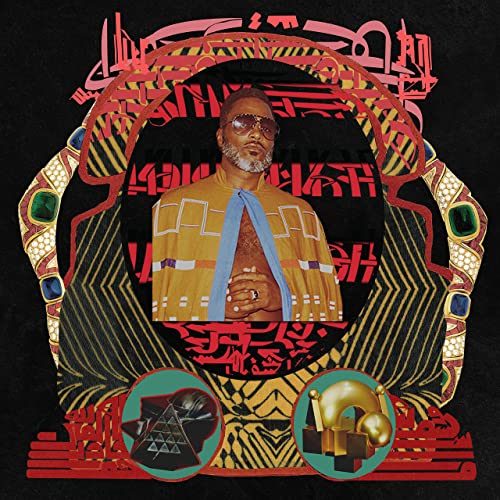 The Don of Diamond Dreams

Shabazz Palaces have been steadily refining their afrofuturist take on hip-hop for the past ten years. Each successive album improves upon the last, adding more elements to their formula of spacey beats and trippy rhymes. “The Don of Diamond Dreams,” their latest effort, sees them downright commercial at points, albeit always with that Shabazz Palaces swagger.

Maybe it’s not so much that Shabazz Palaces are going mainstream so much as the mainstream is embracing the abstract beats and rhymes that are the Palaces trademark. It has been a few years since straightforward rapping has been a feature of mainstream hip-hop, and most hip-hop beats today could double as abstract electronica. At the same time, Shabazz Palaces are adding more melody and hooks to their songs, making for one of their most accessible albums to date.

That isn’t to say that “The Don of Diamond Dreams” could be mistaken for a Drake or Post Malone record, but there are more actual songs on it than there were on early Shabazz Palaces releases. The music is prettier and less sinister than on their first EPs or “Black Up.” There is singing, there is auto-tuned rapping, and there is a sense that they have been listening to the hip-hop that the younger generation (like Ishmael’s rapper son) has been putting out. The instrumentation is gentler, more organic, and less dissonant than their early material.

I’ve loved Shabazz Palaces since their first EP, but until recently they have always been a “challenging” act. They were an artist I listened to when I wanted to be pushed, not when I just wanted to relax. Their 2017 “Quazars” albums marked a styistic shift towards less abstract songwriting. Not coincidentally, those were two of the albums I listened to the most the year they came out. “The Don of Diamond Dreams” is even more melodic than “Quazars,” and at 42 minutes is a more succinct listen.

Prime examples of their newer direction are “Fast Learner,” featuring the auto-tuned raps of Purple Tape Nate, and “Money Yoga,” an R&B slow jam featuring Darrius. There are also plenty of examples of the Shabazz Palaces you know and love, including the extended outro of “Reg Walks by the Looking Glass.” The stylistic shifts feel natural and inevitable rather than blatant attempts to cash in or find a new audience.

It’s hard to express how much joy this album has given me in these challenging times. It is the right combination of introspective and funky. It makes these long, endless days and weeks much more manageable. If you need something both banging and relaxing, Shabazz Palaces got you covered.