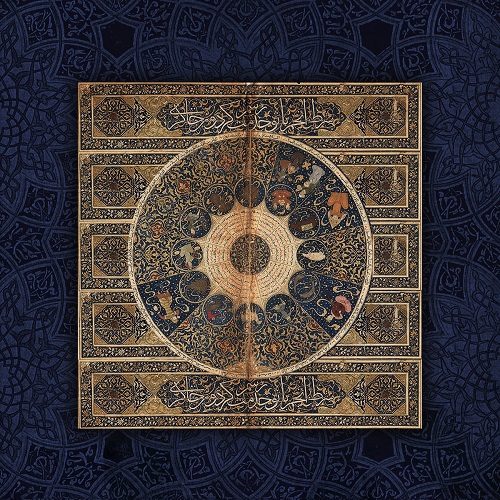 Al.divino first came onto my radar through the German label FXCK RXP. I’d bought their excellent release of Camouflage Monk’s “Trogovac Umjetninama” EP, and after keeping an eye on the label, noticed Divino’s “Dumpgawd: Divino Edition Vol.1”. I heard “Benel Vinci Barrel” and that was enough for me to buy the album by the MC and producer from Boston. In all honesty, I hadn’t properly appreciated or grown accustomed to Bostonian Estee Nack, until his almost-solo feature track “Banana Yacht” on Westside Gunn’s “Hitler Wears Hermes VII”. The drum-less track let Nack’s complex style shine, and after hearing it, I woke up and appreciated the distinct run-on (I’ll explain later) style he works with. After that, I paid close attention to Divino and Nack’s frequent collaborative releases. In late 2019, between a pair of releases pressed by FXCK RXP, the ‘mini-LP’ “Destiny” stood out – a strange, chaotic sounding record with a backbone of boom-bap and unrelenting, impressionistic lyrics. Saying this, in terms of mood, “Destiny” feels as if comprised of two parts; the first being chaotic and the second more restrained.

Ominous notes from an electric piano open up the first track “Murio Rhadames” (produced by HVYARMS). The music is punctuated by coughs and a wavering chord begins and Estee Nack’s voice stands out: “Yoyo, superfuckin’ Nack Man”. If you weren’t sure Nack was rhyming first, “Ultra instinct Nack!” is yelled like a psychotic character from Dragonball Z. The held chord drops into a lower register and Nack sings in a low gospel-like call. In short, it sets a scene; something menacing is ahead.

But let’s move past the atmospherics. On “Murio Rhadames”, Nack rhymes with quick intimidations like: “Pop your top as if it’s a guava / Mystic, remained an optimistic…” and reminds us that, while both MCs are from Boston, that “this ain’t Cambridge” – rather, as Divino says throughout the record, “glorious gutter” music from the “Oxycontin capital”. Closing the track, Divino rhymes with hard-to-catch flurries of images: “Cut your leg off with a laser / Lay low / Lyrics lay you down like 96 Lakers / Lake of lava”.

Both Al.divino and Estee Nack work with difficult, complex rhyme styles. And, by difficult, I mean hard on the listener (similar to how the breathless flow of Mhz’s Camu Tao on the track “Camu” is as mind-meltingly enjoyable as it is confusing). Estee Nack rhymes in a style I associate with Lootpack’s Wildchild – a continuous stream of lyrics, running over regular bar endings and upending our expectations of where rhymes might fall. Al.divino’s style consists of barrages of rhymes, delivered in a near off-beat, staggered rhythm. It’s similar to Percee P, but his lyrics blur together more, and are delivered in high-energy, aggressive doses.

With a bright vibraphone roll, a blanket of vinyl crackle and dampened drum loop, the second track, “Jump Out the Helicopter on Skis” starts. It’s one of two tracks produced by HAAN_11, which sit together on “Destiny”. For Divino and Nack “Jump Out the Helicopter on Skis” is all braggadocio. The first verse sees Divino relaying quick lines like: “Exodus / Exude excellence / Undeniable dope / Those indefinite can go desolate”. While Nack provides some drug talk: “The mission is making a mountain of powder / And mixing arithmetic with the misfits / Gifted”, and intimidation: “Don’t get this shit twisted / Come sink your teeth into this fist biscuit”. “Jump Out the Helicopter on Skis” is notable for the chorus – an X Games-style brag which is as slick as it is hilarious – Divino and Nack dropping onto a ski slope from a helicopter. The scene is slick; an easy maneuver and coast down a mountain (or a beat). When Divino yells out during the chorus that he’ll do a “Misty Flip into the fuckin’ mountain” I imagine the smooth execution of a trick, or some bold superhuman charge, literally into the mountain. Considering his conviction, we might imagine him emerging from the rock and snow on the other side, the mountain falling apart behind him.

The following track “Scarface” is similarly cinematic. Both “Jump Out the Helicopter on Skis” and “Scarface” work so well together that I’m treating them like two consecutive scenes in a film. The heroes (or villains) emerging from the mountain into bright, sustained strings. The music sounds like part of the soundtrack to a 1980s police drama and feels similar to the ‘Hawaii 5-0’ sample on Fat Joe’s “Flow Joe” or the beat on MF DOOM and Ghostface Killah’s “Angelz”.

In his verse, Divino paints a lifestyle of ‘Scarface’-like decadence – naked maids and a villa, and the ability to “benchpress the planet” on his tenth rep. At the beginning of his verse, Nack alters his rhyme style, using short lines and drawing out end rhymes: “Nack the nic-est / Sacrif-ices… grab the ice-pick”. Soon, he transitions back into his usual run-on style with lines like: “Talking success and earning special privileges / Son I’m with the finish percentages / Fuck scrimmages / Travel like Malcolm making a pilgrimage”. “Scarface” ends with suitable Tony Montana-like threats – Divino warning those who cross him that he’ll “throw you off the fuckin’ roof” and “leave a scar right on your face”.

Things start to sound brighter, and for the remainder of “Destiny”, Divino and Nack move away from the dusty, ominous sounds that defined the first half. While I prefer the first half, changing the dynamics nicely rounds out the release, and indicates an understanding of when to ease back. “Kings County” (produced by Dibia$e) has a J Dilla-style bounce brought on by spare synth bass notes and thin, pattering drums. A repetition of synth keys is a highlight and sees Dibia$e’s beat shine over the track.

On ‘Midas Touch’ (produced by HVYARMS) Divino and Nack rhyme over a 1970s disco-tinged beat (“Shit sounds like I’ve got an afro and bellbottoms on”). It’s notable for some vivid flexes from Nack: “Cirque Du Soleil / I be covered in gold plates” and “I manipulate the material world like Dr Strange / Stop the games”. “Midas Touch” finishes with an excerpt from a Raekwon interview. The Chef riffs on his “slang on top of slang” style and the merits of complex lyrics, whose meanings hit you later, or only after a few listens. The Raekwon interview echoes an assertion Divino makes on “Destiny” – of being able to listen to a track “one hundred and eleven times” and hear something you haven’t heard before. It’s not an empty boast and most of time the lyrics are not only dense, but pass by quickly and prove hard to catch onto.

A warm loop on “Standard Issue” sounds like it was sampled from an ambient record and demonstrates that Dibia$e has well and truly taken over the second half of “Destiny”. Divino starts his verse with a vivid picture: “PTSD got me having gun dreams / Abundant blunt steam”. Working from this introduction, the remainder of the verse is tinged with boasts and shards of violence. At one point, Divino rhymes a quick succession of images (“Copious coronas / Somebody call the coroner / Quarters of Coca-cola”), followed by the self-assured, semi-sarcastic, “Hoping the flow ain’t borin ya”.

The strings of “7th Sense” set a suitably reflective mood for a closing track. Here, Nack is in his prime, slurring words together into long streams that run over bar endings. I won’t try to recount his verse for fear of getting the lyrics wrong. Although, let it be said that Nack’s frantic references, coasting over bright strings, is his strongest moment on “Destiny”. Divino closes “7th Sense”, and, in turn, “Destiny”, letting us know that until his “final days” he’ll “drop jewels”. There’s a sense of self-assurance for what’s to come for both MCs, Divino rhyming: “Document the legacy / manifest Destiny”. There is a vague theme of mysticism on “Destiny”, from an allusion to “Ancient Eastern light, coming from the East to illuminate the West” and the 15th Century Persian astrological chart on the cover. It speaks to the conviction of both MCs and a shared goal to shine a light through boom-bap with something more interesting, more distinct and with more substance. And perhaps substance is the main point. “Destiny” consists of straight rhyming, with barely any choruses, each track consisting of two complex verses – one from Nack and one from Divino. There’s nothing here to steer the listener away from complex lyrics and boom-bap tinged beats and any aspects resembling interludes (interviews with Raekwon and Jay Z) are on the subject of lyricism. For Al.divino and Estee Nack who’ve “invested 10,000 hours” and come up with a style distinct from their peers, “Destiny” stands as a high point in an already strong (and large) catalogue of releases.