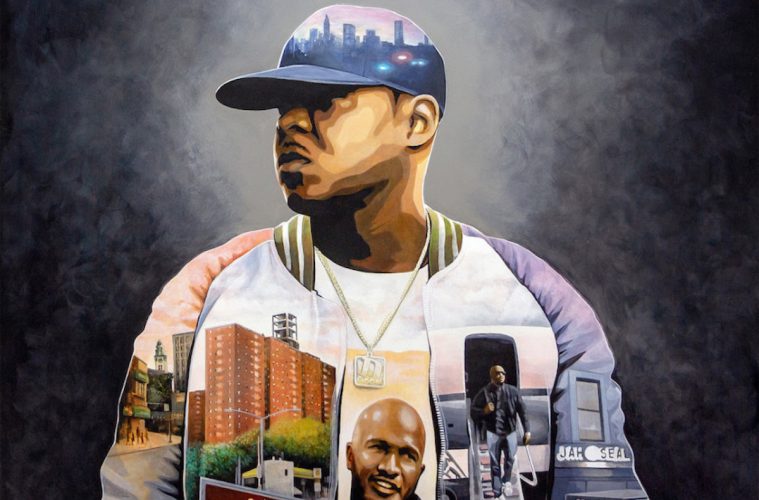 Jadakiss was always the star of The L.O.X. despite Styles P going on to build a better catalog of solo work, but the Yonkers emcee with the nasal flow and the Best Cough in Music has consistently underwhelmed as far as his discography goes. One of the running jokes amongst rap fans (aside from Nas picking weak beats) is Jadakiss releasing decent, yet forgettable albums. He’s part of a generation of popular emcees that didn’t have the classic 90s solo LPs in the bank – Fabolous and Ludacris come to mind. Consider the New York scene in the early 2000s: Busta, Jay, Nas, Fat Joe, Redman, Method Man, AZ, Raekwon, Ghostface, DMX, etc. Imagine any of them artists debuted with a solo LP in 2001.

Jay and Nas arguably did drop classics in 2001, so that gives you an idea of how difficult it would be to drop one. You’ve got your J-Lives, Edans and Cannibal Oxs, but in terms of major label rap debuts, it was an unlikely environment for a classic Jadakiss album. Albums had to be 20+ tracks long, broken up by needless skits, and produced by ten different people. It was an uphill struggle out of the gate.

After 2015’s “Top 5 Dead or Alive” was declared “an inconsistent LP by a consistent emcee”, I’m glad to report this is Jada’s best work in years. As a complete package, it may even be his best album. Having warmed up nicely with killer verses in 2019 on Benny the Butcher’s “Sunday School” and Curren$y’s “Clear Part 2”, Jadakiss sounds like he means business and ready to prove doubters (like me) wrong.

Lead-single “Me” follows the pattern of Ghostface’s “One” and Juelz Santana’s “Down” and it’s been a while since this style of track has been prevalent. But that beat. Ooh-wee! This is the type of confident, slick production Jada excels on and is a reminder that few brag as brashly as Jada:

“Ignatius” was an ancient Christian martyr but Jadakiss named this album after Ruff Ryders producer Icepick Jay’s son, after Jay, unfortunately, passed away in 2017 from colon cancer. There’s certainly a more reflective side to Jada; his fascination with death and legacy has followed him throughout his career, yet Jada is dropping knowledge here rather than mere clever rhymes or punchlines.

Pusha T provides the assist on “Huntin’ Season” as the pair sneer at today’s talent. Lines like “why you all want to follow each other, where are the leaders?” and “you gotta sharpen your steel before you polish it” highlight the problem with modern rappers both from a social media perspective (following each other) and how a lot of rappers don’t sound unique anymore. Rappers are famous before they’ve mastered their skill. It’s a valid point and one rarely discussed in an industry that’s obsessed with the short-term. I mean, who else sounds like Jadakiss or Pusha T, two decades later?

Jadakiss records always have a big budget polished feel that Styles or Sheek tend to avoid with their work, and when it works it works. Particularly with the soulful “Catch & Release” and as the romantic baller throwing “Kisses to the Sky” with the king of overblown rap-cinema, Rick Ross:

While some emcees come across as dicks when flaunting their wealth toward the opposite sex, Jada’s always maintained a likable charm that you can’t help but smile when he states “I can take you to places you probably only could Google”. He’ll smugly boast then throw a cheeky wink as he steals your girl, and you’ll admit “yeah, fair play“.

Familiar guests Ty Dolla Sign and 2 Chainz both benefit from excellent production from Hitmaka (formerly Yung Berg) on “Need Your Best” and (inhale) Poobs, S.Dot, Buda & Grandz & Supa Producer (exhale) on “Angels Getting Pedicured”. But “Government Cheese” by Buckwild caught me by surprise towards the end of the album. And it’s not your sleighbells Buckwild, DeJ Loaf bodies the hook and you can’t help but feel Def Jam should have led with this, knowing Loaf’s popularity.

A good Jadakiss record is essentially an underhanded jab at one of the Ruff Ryders’ best emcees as if he shouldn’t be making enjoyable full-lengths. The thing is, he hasn’t. But “Ignatius” succeeds by simply being something I knew was in Jada’s locker, but hadn’t seen in a long time. Rather than trying to please the club, the ladies, the hardcore 30+ crowd, the younger fans, and everyone in between, Jadakiss has released a cohesive, satisfying album that is easily one of his best efforts. More of this, please.