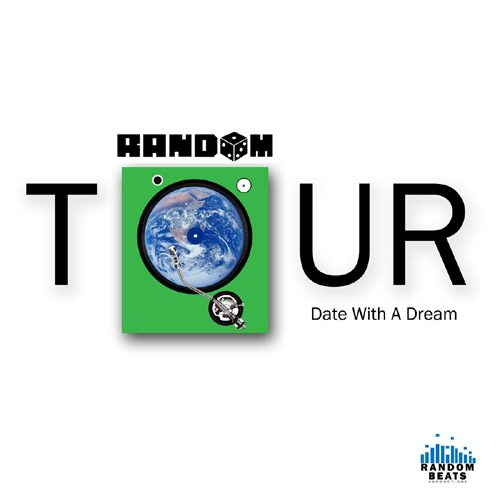 To start this out on a rather unexpected note, I’m always a little disappointed when I hear about someone who quit teaching. I realize that teaching is one of the most demanding jobs, but I like to believe that it can also be one of the most rewarding jobs. Apart from it being a most noble task. Humanity needs as many educated, dedicated, level-headed, adequately paid teachers as it can get. What the world doesn’t need is more rappers. At least I don’t see an immediate need for more. With so many of them asking me to lend them an ear nowadays, I’ve become increasingly selective in my listening habits. So far I’ve had, pun intended, merely random encounters with rapper Random’s music, not being attracted to his video game adventures as Mega Ran all that much, for instance. And, I have to admit, I just might hold somewhat of a grudge against Random for abandoning his educational duties in favor of some lofty dream to be a professional rapper.

One release by Random I could unreservedly relate to was his audio gallery of inspiring figures, “Heroes, Volume 1.” As I listened to him pay tribute to the likes of Marvin Gaye and Martin Luther King, it dawned on me that maybe Random was still an educator, just one flowing over hip-hop beats, as were many illustrious MC’s who came before him.

But since rap music isn’t part of compulsory education, this teacher has to go look for students. One way to do so is to hit the road. Which, from a financial perspective, is first and foremost an investment. So being the reasonable and responsible individual that he is, Raheem Jarbo tries to hedge his risks. He’s held various online fundraisers, for example to finance his “TeacherRapperHero Volume 2” mixtape or to get him and fellow gaming slash hip-hop geek K-Murdock to the London Anime Con. He makes sure to reward sponsors with various perks such as free CD’s and DVD’s, namedrops, personalized songs, live performances, etc. At the moment he’s on the road again, bringing The VS. Tour, ‘the first interactive tour combining musical performances with video gaming tournaments,’ together with Willie Evans, Jr. to several southern states (see end of review for details).

“TOUR: Date With a Dream” is a thank-you for people who preordered tickets to the shows or who made/make donations for The VS. Project, a multimedia project that will once again bring together wordplay and gameplay. The title reflects the theme as all songs revolve around touring and/or getting somewhere in life. After the Billie Holiday-sampling “Intro” Ran and Lefty reinterpret Luda’s “Area Codes” for their purposes (the hook isn’t hard to guess), Random being keen on giving some of the love that he gets back:

“Now I done been a couple places rockin’ the mics
And I done seen a lot of faces, a lot that I like
And although there’s no place like h-o-m-e
I love Orlando, they so friendly
Park Ave CDs my favorite mom-and-pop’s
And all the homies at A Comic Shop
showed love back when I was a young buck
So I could stay down even if I do happen to come up
My second favorite spot, that’d be Austin
SXSW is truly awesome
Walkin’ in the middle of 6 Street
So many venues, so much music and history
My next favorite spot – probably New Orleans
And if you go to N.O., you gotta go all in
Po-Boys and Hurricanes on Bourbon Street
Get on stage and murder beats
[…]
Dippin’ through traffic to catch the sound check
Get to the venue, my contact ain’t even around yet
All good, I figured it might be likely
Perfect opportunity for me to sightsee
Polly with the locals, I go to
places in the Midwest, they treat you like they know you
Ann Arbor, Iowa City, Kansas, St. Louis too
Feeling is mutual – it’s beautiful
Get some free time, hit the Muhammad Ali museum in Louisville
Nashville, I thought cats was thugs
I bust a freestyle, I’m greeted with daps and hugs
Real recognize real, and they my type
So I’m home wherever I lay my mic”

Other tracks tell of more absurd encounters, such as “TSA (Transportation Sexual Assault)” (“I rock stages, I’m not a terrorist / My name, it isn’t Muslim – it’s Arabic / Don’t get me wrong, I ain’t coppin’ pleas / but my Jordans cost too much to consider puttin’ a bomb in these”), or “Casualties of Tour,” where he arrives at a venue just to learn that he isn’t booked.

More pensive ground is covered with “Heaven,” which illustrates the conflict between wishing to be home and wanting to get gone. “The Town” addresses the dilemma of the local artist being able to reach only so many people as long as he isn’t willing to pound the pavement elsewhere. “Awakening” finds the most accurate words for that big word ‘dream,’ a slightly defensive Random describing his activities as a veritable mission:

“Critics judge me on the revenue I generate
It seems the only way to blow up is to imitate
I wanna innovate and stimulate minds
travel the universe, penetrate time
Hurts when your worth is defined by a purchase
and worse is walkin’ the earth without a purpose”

Rounded off by two more motivational pieces, a remix of “Jeremy Lin” and one for “Respite,” “TOUR: Date With a Dream” is another concise release from Random, one of the most focused cats on the circuit. You’re invited to help him realize his dream and reach the curious and the studious with his raps. I probably couldn’t call myself a rap fan if I disagreed with any of that.