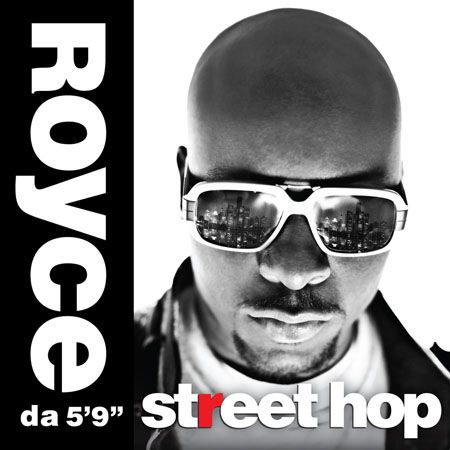 “This ain’t rapping… This is street hop!”

Well, allow me to gloss over the whole jail thing, because I’m much more concerned about the music. But the other points have relevance â€“ the Slaughterhouse movement has, for better or worse, truly reinvigorated a whole branch of the hip hop tree. People are excited that four wordy MC’s have got together, released an album made in six days and are truly starting to make a name for themselves without controversial interviews overshadowing their talent (too much). For what it is worth, I was left rather flat by the Slaughterhouse LP â€“ the chances of writing and recording a truly excellent album in six days, from start to finish, are remote no matter WHO you are. The music was average at best, and although the flows were obviously hot, the punchlines lacked true punch â€“ something that I felt was possibly due to the music not being inspiring. But if they can get signed to Shady or whoever (am I the only one that finds it ironic?) then the next Slaughterhouse album should be a step up.

But if there was one MC out of the four that left me slightly confused as to why they felt the need to be a part of the group, it was Royce. I mean, Royce is a real GOOD solo artist, and he has the natural confidence/aura of a true giant â€“ I can’t recall him having sounded INSECURE before, ever. That’s the prime point of Slaughterhouse â€“ a bunch of insecure rappers that have felt the sting of rejection that meet behind the bike sheds bitching about the head cheerleader they secretly fancy. Well, Joe, Joell and Crooked I, anyway. I always imagined that, in that particular scenario, Royce would skip meetings, as he would probably be getting head from the prom queen. That’s why his solo LP has me more excited than any of the other solo LP’s, or even group ones, from his Slaughterhouse affiliates. So what of “Street Hop” and the affiliation with DJ Premier? Well, there is good news and bad news. Bad news, for the haters, anyway, since it is almost exclusively GOOD news. This is a genuinely wicked album that might not have an all time “classic” feel, but it is certainly worth your time, money and attention.

In one of my recent articles for this site, I discuss the paucity of genuinely great and visionary executive producers â€“ well, DJ Premier is one of the best to ever do it. For Royce to have Primo supervising and putting together the LP was a genius manoeuvre, and, as a result, the album flows together excellently, with almost no weak passages and strong music throughout. Musically, it is far superior to the Slaughterhouse LP (apologies for the continual jibes, but that is the most importance reference point this year for Royce). Momentum is key, and there is a delightful blend of the old and new production styles, not to mention innovatively sequenced beats â€“ often within the same tracks. “Shake This” is a fantastic continuation of their direct work together, one of the more heartfelt and less shit-talky joints from “Street Hop” â€“ and “Soldier” is almost the complete opposite, but they both look forward with one eye on the past. Seemingly cheesy tracks like “Far Away” and the 50 Cent sampling “Minez In Thiz” (or something) actually end up dope every time. The common denominators tend to be Royce himself and the music â€“ both are excellent throughout the whole show. The choruses aren’t really very important here, and to be honest it makes such little difference to a throwback piece where the music is hot and the MC is in a good place.

The first half of “Street Hop” is practically perfect, but the second half is just a touch uneven, with a couple of tracks being a bit average: “Gangsta” is simply okay as an album track; “Thing For Your Girlfriend” almost sounds out of place, but then you remember “Nice Girl, Wrong Place” and all is forgiven; I’m not sure “Bad Boy” works all too well. I’d rather have had two or three songs cut and replaced with just one beat from the absent Black Milk (their collaboration on Elzhi’s “Motown 25” might well have been my most played song of 2008). But they don’t screw up the flow of the LP, and Royce has still dropped an album of rare consistency.

I can thoroughly recommend “Street Hop” as an album that hip hop fans should enjoy unconditionally. “Enjoy” is a deliberate choice, as it falls short of classic due to a couple of deficiencies â€“ if there were a few less tracks (eighteen plus one skit makes the second half drag a little), and, more crucially, subject matter. To be honest, the one track that really highlights a lack of emotional resonance is “Shake This” â€“ it is such a classic joint that it makes you wonder why there aren’t more Royce records like it, and, rightly or wrongly, it brings to light the suspicion that he might have been wiser to open up those problems to the wider world. Yet, his lyrics are technically excellent throughout, as is his confidence, and musically he can rock almost any kind of beat brilliantly. DJ Premier does an excellent job of executive producing, and the album works well as a traditional long play. Perhaps when sliced, diced and sautÃ©ed, you can pick individual errors, but Royce has developed into an almost unique artist (e.g. “Count For Nothing”), so for now you gotta realise that “Street Hop” gives the streets hope.