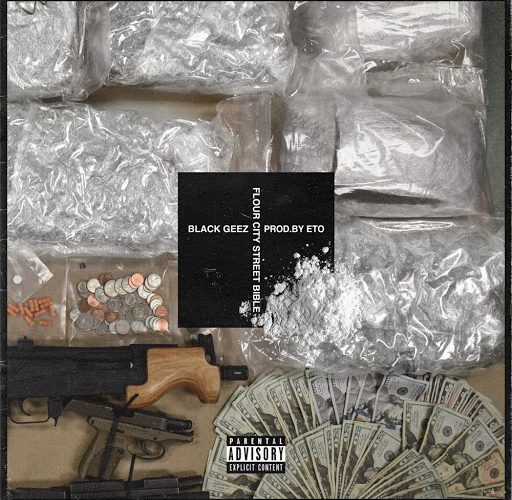 There used to be mixtapes. Then there were digital equivalents courtesy of sites like DatPiff. Now in the streaming era, we are seeing rappers releasing a constant stream of content through mini-albums: thirty-minute LPs that never quite feel like a full album but are too long to be considered EPs. The Griselda camp are perhaps the best example of this business model, with many of their contemporaries following suit. Eto, one of hip hop’s buzz-worthy emcees at the moment, has been operating in this manner too, however, his quality-to-quantity ratio has been stronger than most. Last year alone saw “Hells Roof” (with DJ Muggs), “Long Story Short” (with Superior), “RocAmeriKKKa” (with Flee Lord) and “Front Row” (with Mil Beats). We are not even halfway through 2020 and Eto has released three projects: “The Circle”, “Flour City Street Bible” and his official debut LP “The Beauty of It”. Considering we have only covered two of the seven releases, it’s time to catch up!

Eto is an emcee from Rochester, NY who had been going by the name Lil’ Eto for a number of years. Benefitting from a distinct, nasal flow that can best be described as Jadakiss meets Westside Gunn, you immediately recognise him. This is something that is hugely overlooked in an era of Action Bronsons and Your Old Droogs – this dude sounds like that dude. It’s very difficult to sound completely unique in 2020, but Eto is one of the few that manages to.

Black Geez, on the other hand, is more conventional, and presumably older and wiser after a nine-year bid delayed his rap career. His deeper tone complements Eto but they don’t share the mic enough to truly display chemistry – this is strictly a Black Geez record produced by Eto. Songs rarely last more than two minutes and there aren’t any traditional hooks to speak of, minus “Holy Water”. In that regard, it’s fairly one-dimensional, considering Geez is a solid emcee but never truly drops standout rhymes. Eto does deliver a verse on “New Crack Era” but it’s disappointingly short.

Che Noir’s quickly becoming a new favourite of mine after her strong work with 38 Spesh and the exciting prospect of an Apollo Brown album this summer. She pops up on “Extendos” and there’s an aura around her delivery that sticks out:

“Flour City Street Bible” shows Eto has a knack for production, but Black Geez’s style never truly impresses like many of his collaborators have. It’s ultimately a disappointing follow-up to “Concrete Struggles 2″, a record we enjoyed (Steve gave it a 7 which is about right – it’s good). The 38 Spesh production on that record is quicker and suits Geez more than Eto’s offerings here. Geez’s story is interesting and full of potential, but there’s an emotive disconnect in his rhymes – I can’t feel every word no matter how true it may be. This is further exasperated by the likes of Che Noir and 38 Spesh coming through, killing their performances, and ultimately leaving a longer-lasting impression than the main feature. Nonetheless, if you enjoy gritty street rap that’s direct and to the point, songs like ”Born” and “Strangers” are worth returning to.