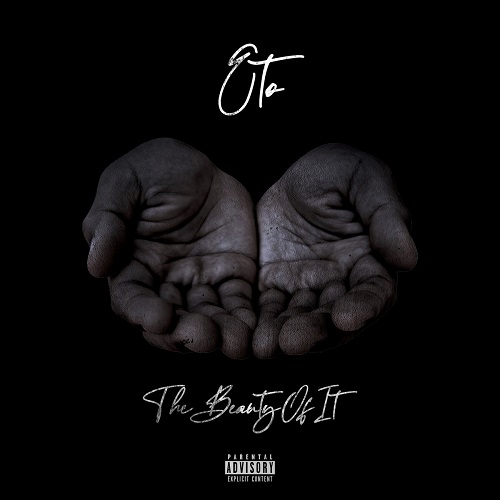 Compared to the stark bleakness of last year’s “Hells Roof”, Eto’s anticipated debut solo LP “The Beauty of It” is a more traditional affair, operating with slicker production values and excels where his EPs and mixtapes tend to fall short of greatness.

Amongst the crowded field of flamboyant cocaine-driven hustler rap, Rochester, New York’s stands out thanks to his immediately identifiable delivery. In 2020, it’s often difficult to sound unique considering the thousands of emcees that have appeared beforehand, but that higher-pitched yet well-worn tone adds a layer of menace and coldness to his bars that sets him apart. Far from workshy, Eto has released “The Circle”, “Flour City Street Bible“, “Flour City Street Bible 2” and “Eto Brigante” THIS YEAR. While many are baking cakes, buying toilet roll and navigating family members through the nuances of a Zoom call, Eto has been using the tour-free months to put out as much music as possible.

The album is interjected with movie quotes; often eloquently delivered British dialogue that plays on the theme of finding beauty in ugliness. It’s a common notion in Hip Hop – it’s often the sharpest looking men crafting the filthiest music. What elevates this LP from Eto’s other work is the production, featuring heavyweight names such as Alchemist (“The Pot”), Statik Selektah (“Rusty Stainless”) and Marco Polo (“Beloved”). And these are three of the best tracks, particularly “Beloved” with its sinister attack on snitches and leaving a positive legacy – it’s some of Marco’s best work in recent memory.

“Metal Lords” feels more like a Vinnie Paz record and he reunites with Ill Bill for a record that Eto shines on but is cut short. “Lawless” is more impactful, showcasing Eto’s talent for hooks as is “Pissin in Bottles” where we even get a glimpse of some Stove God-like singing. There’s also Jai Black with “No Reply”, a snappy track highlighting Jai’s Big Twins-like presence – the two have some strong chemistry. The only real disappointment is the Large Professor closer “Back to the BBQ”, a brief minute and a half of emcee Watts that inexplicably fades out as soon as Eto starts spitting. Seems a strange decision.

As refined as “The Beauty of It” becomes, it doesn’t quite grip you as tight as the DJ Muggs collaboration manages to. The production manages to feel more polished whilst still retaining that gritty allure that Griselda has excelled at. These are proper hard-hitting beats that complement Eto better than usual – it just loses a bit of the sheer ferocity and nastiness that “Hells Roof” possessed but of all the music Eto has released this year, you can’t really go wrong with “The Beauty of It”.

Eto :: The Beauty of It
8Overall Score
Music8
Lyrics8