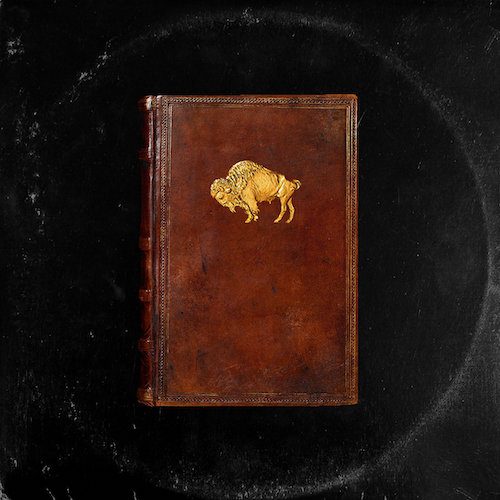 “Everything happens for a reason” is often used as a blanket expression for things and events that cannot be explained in the moment. It could be used to explain away a tragedy, a romantic break-up, or any kind of misfortune in general. But very rarely is it used for when it results in something positive, pleasant, and good. Missing out on something may lead to a better occurrence or being rejected by a woman or a desired job prospect may result in being determined to succeed beyond anyone’s expectations. Though I prefer “serendipity” as the more succinct term, “As God Intended” is also perfectly acceptable. As the title of the collaborative album between Detroit beatsmith Apollo Brown and Buffalo emcee Che Noir (pronounced “shay nor”), it’s also a statement about the outcome of their musical melding. A gritty bonding of soulful beats and pensive lyrics, “As God Intended” is a mix of braggadocio, storytelling, social commentary, and no-frills introspection.

The album opener “Anti-Social” features crooner Blakk Soul on the hook. The use of the scratched-in “catch me in a corner not speakin'” line by Ghostface Killah ironically juxtaposes the very thing that captivated me about the track — just how much Che’s wordplay and polysyllable rhymes are evident from the start. The Buffalo streets-inspired “Blood Is Thicker” is comprised of a beat that drips of vintage soul and lyrics of the extended metaphor stock. The first verse is a first-person narrative with Che acting as a minority-filled impoverished urban area (i.e. “the ghetto”), then she raps a second verse from the perspective of someone within said ghetto trying to make it out. Her use of wordplay and social commentary is insightful, especially with the addition of survivor’s guilt in those trying to escape. “Money Orientated” has a very lush piano-driven beat and lyrically explores the chase for money, and the cost of doing so while making use of religious imagery throughout. The album’s first feature is from Black Thought on “Hustle Don’t Give”. The first released single, the production has Apollo’s trademark sound on it (particularly with the sound of the drum snares and looped samples):

Che has an eye for detailed storytelling and puts it to use on “12 Hours”. With a string-driven bounce to the beat, she raps a narrative that begins with her going out with her friends, however a misunderstanding causes the story to end with disastrous, but darkly comedic, consequences. The track’s bridge has the strings’ crescendo building with added cinematic sound effects (a car starting, then taking off, etc.). Detroit emcee Ty Farris makes an appearance on “Hold It Down”. Ty spat the better verse and this is where it becomes clear that, though Che can rap, she is somewhat outshined by the more experienced emcees she’s enlisted for this album. Her introspection shows on “Daddy’s Girl”, with some very atmospheric vocals, blooming samples, hard drums, and a lyrical lamentation of having an absentee father. Apart from the spaced-out futuristic samples, the drum & bass aspect are what’s most apparent on “Worth Gold”, where Che turns her words into dollars, no matter the environment of her come-up.

“Follow the Wisdom” follows a similar theme. With Apollo lacing a beat which mixes soul, jazz, and funk, Che waxes lyrically about how she learned from those around her growing up about what she’d need to get by. Brooklyn emcee Skyzoo provides the assist on the second verse. The Planet Asia-featured “The Apple” has Che giving a shout-out to those Black and independent women making their way as she did while Planet Asia raps a dedication to his daughter. There’s something sonically soothing about “Winter” and the imagery it conveys with its horn sample, wind-blowing sound effects, and hand clap snares. Appropriately, Che raps to a man about wanting to know where she stands and not wanting to be left out in the cold. The album’s second single is “Freedom”. Though it was made long before the murder of George Floyd, it’s still socially relevant at present. The soulful boom-bap served with lyrics bemoaning racial injustices in law enforcement and the social inequalities abound make it quite a listen:

“Live by the Code” is the one track that’s almost an anomaly, but welcome. It’s more synth-sounding than the usual boom-bap sample-laden style I expect from Mr. Brown. The album closer is “’94”, a heavy head-nodding beat dedicated to the hip-hop of yesteryear starting with 1994, from “Illmatic”, “Ready to Die”, and all the way through G-Unit, who Che considers her generation’s Biggie and ‘Pac. In a year that’s practically begging to be canceled, “As God Intended” is something that should be held onto. Apollo delivers like usual, but Che Noir can seriously rock a mic. She’s not part of Griselda, but this Buffalo emcee is lyrically-sick with a pen game that gives her the potential to meet and even exceed some of the best out now.