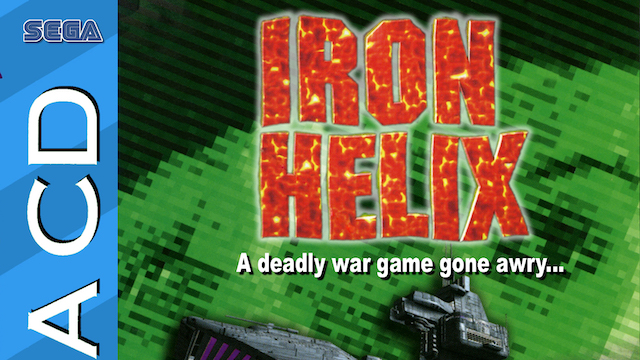 Interior, crocodile alligator. I’m Mistah MegaManFan and I’m an Iron Helix hater. You already know what it is, Genesis Does, and by special request this week we’re taking a look at a Sega CD game called Iron Helix from 1993! This game was also released for Macintosh and Windows 3.1 PCs, and it probably should have stayed there.

I tried my best to get into this game but the cut scenes are poorly acted (and not poorly ENOUGH to be funny), the quality of the FMV is bad to boot, the “tank controls” are stiff, awful and slow, you can’t defend your probe (essentially a drone) from ANYTHING, and every inch you move makes the game load in the 3D perspective again. Move, stop. Move, stop. GAME, STOP. Subscribe to Mistah MegaManFan for new episodes of Genesis Does every Thursday at 8 PM ET. Like, share and comment to help the channel grow. As always thanks for watching!