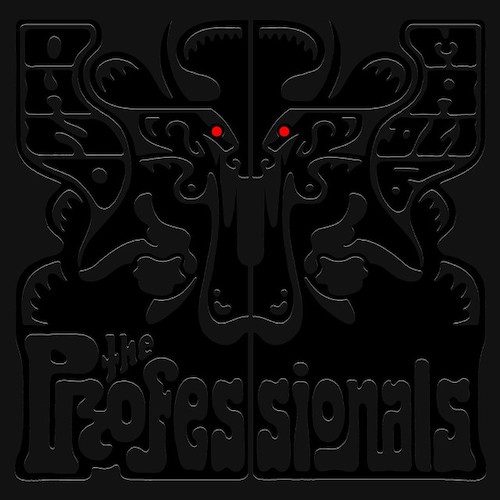 Otis and Michael Jackson are not only brothers, they are both rappers and producers who work in the same circles, performing as Madlib and Oh No. While they have released a handful of songs in the past twelve years, they have been teasing an album since before Obama was elected, and it is finally here. Madlib is on beats, Oh No is on the mic, so Oxnard, how we doing?

The Jackson brothers grew up in Oxnard in the 80s, and there is a lot of 80s SoCal hip-hop influence on this album. There is an overall aggressive and grimy feel to the beats and rhymes, and there are even a few Eazy-E samples. Madlib is still using his 70s soul sample pallet, but the drums are dirtier, the music is louder, and the whole thing feels more chaotic than his usually reserved sound. Much like 2003’s “Champion Sound,” Madlib’s collaboration with J Dilla, there is a rough looseness to “The Professionals.”

That rough looseness extends to the lyrics. Oh No is a stronger rapper than his brother, and he has an old school flow. He has a gruff voice and you can hear the sneer on this face as he spits his rhymes.

The album opens with an intro that is a series of samples before getting into the organ driven “The Pros.” Oh No announces his intentions to come for anyone who steps out of line. The song sounds like it is totally in the red, and at times the samples threaten to drown Oh No out. Things get a little quieter on “The Payday,” and much of the album alternates between understated, soulful jams and more bombastic songs. Oh No gets raunchy (“Give N Take”), asserts his dominance over other MCs (“Superhumans”), and even gets deep (“Tired Atlas”).

I found it hard to enjoy The Professionals for what it is rather than what I wanted it to be. If this was a record by two unknown rappers, I would find it enjoyable if not particularly groundbreaking.  Being that it is Madlib and Oh No, and it comes on the heels of the stone-cold classic “Bandana,” I couldn’t help but be a bit let down by The Professionals. I appreciate Madlib going in a rougher musical direction than his work on “Bandana,” but there were times were there was too much going on in the songs and the samples threatened to overwhelm the music. Oh No is a talented rapper, but his more direct approach pales in comparison to the finesse that Freddie Gibbs shows on the mic.

“The Professionals” is a solid slab of hip-hop, especially if you are able to listen to it for what it is. Madlib beats are always on point, and Oh No has a nice mix of grimy and thoughtful. This may not be the instant classic I was hoping for, but it has still been on steady rotation on my stereo since it came out.