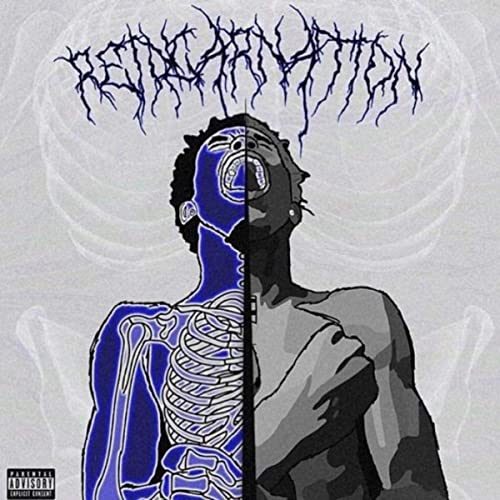 The googolplex of “Little” rappers becomes increasingly hard to search through when two artists have nearly identical names. Lil Tech is not to be confused with the better known Lil Tecca from Brooklyn as this Tech hails from Staten Island. Wait — they’re both from a borough of New York City? That doesn’t help much! Tecca is 17, Tech is 18. That’s not much deviation. They both came up through digital distribution and have a sing-song flow. Here’s the biggest difference I can find between the two on “Reincarnation” – Tech has a higher pitched voice than Tecca.

If I learned that both rappers freestyled for their friends on Xbox mics I wouldn’t be surprised though. Tech’s topic matter revolves around how successful he is, how much drip he has, how fast and expensive his cars are, and how much Gucci he wears. “Rarri (Go)” encapsulates all of those things in one track, with Tech even providing “pew pew” and “vroom vroom” sounds to give you the impression a vehicle is rushing by at high speed.

Being a reasonably fair man I can find both positives and negatives to Lil Tech’s work despite the high propensity for marketplace confusion. Tech has put in a sizable amount of work on “Reincarnation” by clocking 42 minutes of music — well above the industry average these days. The falsetto vocals of tracks like “Do U Love M3?” echo the appeal that launched similar acts into the pop culture stratosphere. He could have left the “do you love me Kiki” references to Drake, but that’s a minor footnote. The most revelatory moment though is “King,” where Tech eschews the singing and posturing and delivers a tale about struggling with poverty & depression.

With more songs like these Lil Tech could really distinguish himself not just from Lil Tecca but from rappers with our without “Lil” in their name as a whole. The thing that can’t be ignored about “Reincarnation” though is the implication of its title. You can’t judge a book by its cover or its name, but you might wonder what Tech was before this album just the same. If Tech is reborn here then why is he so similar to so many better established acts, some of which are geographically very close to him? If he wants to rise like a phoenix from the ashes he truly needs to become something different from all of his peers with or without similar sounding names.