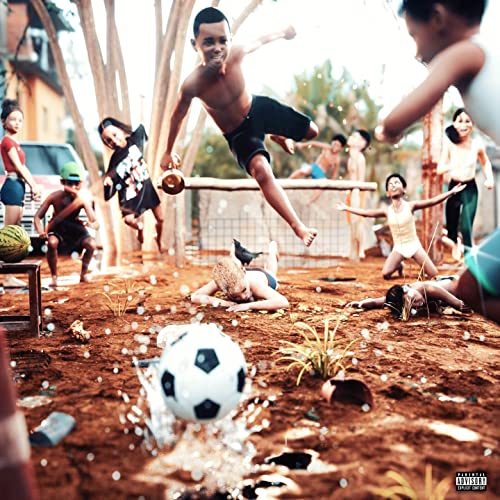 The press release accompanying Joey Trap’s “Champ” described it as his “third project in three months” but I honestly don’t remember reading anything about the other two. Then again we’re all operating in a time compressed state right now — a week feels like a month and a month is like an entire year. Time is moving at such a crawl that I could hardly blame Mr. Trap for releasing three projects that fast, because I’m sure that this “San Diego via New York” rapper has lived in two places where time is moving even more slowly than it is for most folks. You wouldn’t necessarily know it from the “I Do” video though — it looks like business as usual for him.

And like most of us Trap really wants to get out of the “House” right now.

“I told my jeweler I need me a pendant as big as my house, yeah
Your shorty wanna stay over, she think I’m might make her my spouse
Might put my dick in her stomach, she said it can’t fit in her mouth, yeah
We keep them choppers and .40’s, like niggaz done came from the South”

Let’s talk about Joey Trap’s style for a minute. He’s not what can traditionally be called a “mumble mouth rapper” since that indicates someone who sing-raps their way through incomprehensible (often heavily drugged up) lyrics. Trap appears to be sober even though he brags on “Hot Boy” that he “smoke on this dope like a muh’fuckin rasta.” Regardless he’s slobbering all over the microphone in a way that’s going to require a studio technician to break out the homemade sanitizer. It’s like listening to Kool G. Rap or RZA without the lyrical skill of the former or the mysticism and mathematics of the latter. I was scared for a song called “Blasphemy” just because I knew how hard that would be for him to pronounce.

I can’t say Joey Trap isn’t trying hard or working hard on “Champ” but I’m having a hard time discerning what makes him special enough to invest more time searching out multiple releases made over a few months. “You just a bitch ass nigga/you just a snitch ass nigga/Boy, I’m a rich ass nigga/I’m countin all these figures/Countin all these bands I’m countin dividends” quips Trap on “Right Now”, accurately reflecting the lyrical content of every song. I’m rich, you’re not. I’m successful, you’re not. I’ve got bitches, you get no pussy. That’s the level we’re operating on here. Trap isn’t even telling us a story about how he whipped up the work in a Pyrex pot and sold it in the trap, which is ironic given his name, because a story about trapping WOULD have made him more interesting. Even he seems to have trouble figuring out the point of his work on “Breaking Pencils” when he says “Only reason I love money — I don’t got a reason.”

The production is… adequate. It’s got enough bump that you could drive around to it, but there are no flute loops, piano chords, crispy drums, deejay scratches or memorable sing-song hooks that draw you in. In fact the lack of supplemental things such as these to enhance Joey Trap ultimately makes you notice just how much charisma he lacks. He states his words like he’s reading them off a teleprompter — badly. There’s no enthusiasm in his work. I get that Joey Trap is a “Champ” but I just don’t get why I should give a shit. He doesn’t have a great voice, great charisma, great rhyme writing or great storytelling. Even by run-of-the-mill artistic standards for today’s rappers he still somehow manages to be subpar and that’s just unacceptable.