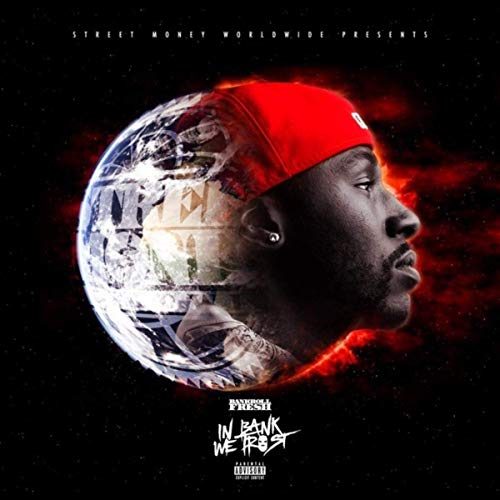 In Bank We Trust

Bankroll Fresh :: In Bank We Trust

I can’t imagine many positive consequences of the coronavirus pandemic on the whole, but if a few months of self-quarantine let cooler heads prevail, maybe 2020 will have fewer rappers shot dead. It hasn’t gotten better since my mass shooting editorial in 2016 when I mentioned both Bankroll Fresh and Thugga had been gunned down that year — it has gotten a whole lot worse. We lost XXXTentacion, Nipsey Hussle, Jimmy Wopo, Grandmaster T.C. Izlam, Pop Smoke and too many more to list here in the years since. Things get more heated when artists with large entourages or a whole label of stablemates run into each other in confined environments like night clubs, music videos, or recording studios. The latter is where Fresh was gunned down after a fight that day with a childhood friend. Social distancing could unintentionally keep some beefs like that in check.

Death has never stopped musicians from releasing new albums. In fact some cynical record label executives think it’s the best thing to ever happen to them. Being gunned down causes a rapper’s profile to rise from the ashes and become even larger in the afterlife as millions of fans pour out their hearts and empty their wallets to buy new music. If the families and heirs receive those royalties at least someone can get a little good out of a senseless tragedy, but if industry rule #4,080 has taught is anything it’s to not trust the good intentions of record labels, especially when it comes to profiting off posthumous releases. I’m not sure who benefits from Trentavious Zamon White Sr. a/k/a Bankroll Fresh’s new album “In Bank We Trust“. I don’t know his personal life to know if he had a wife, kids, living parents, or any of that. He was young though. Far too young.

Bankroll Fresh was only 28 when he was gunned down just over four years ago. Street Money Worldwide would either be in possession of unreleased material they were waiting for the right time to put out (now apparently) or managed to cobble together songs like “Million Up” by lifting vocals from previous mixtapes and freestyles and combining them with guest artists — in this case Boosie Badazz. It’s certainly been done before to great success so the latter is just as likely as the former, but I can’t tell the difference on “In Bank We Trust“. Songs like “Right On” featuring Quicktrip sound like they were just produced yesterday. Nothing obvious dates this material.

History records that White was an up-and-coming rapper who got his start making cameo appearances with Gucci Mane under the alias Yung Fresh. His 2016 slaying seemed timed to cut him down right as he was about to plant his own flag for Atlanta and rise to fame after his breakout single “Walked In”, and he even appeared in an independent documentary about the trap life. Neither of those things are included with this album but tracks like “Feel Me” featuring Countup JT are. It may not go down as a “Walked In” style anthem but it does show us Fresh feels he paid all of his dues in full.

Most of Fresh’s songs revolve around similar themes — staying true to your roots, making bank any way you can, taking out rivals without hesitation, and demanding that those close to you never double cross you. For Bankroll Fresh “Loyalty Is Real” and “you niggaz is fake”. It’s neither simpler nor more complicated than that. “Ain’t worried ’bout no nigga, ain’t worried ’bout no bitch” quips Fresh as he weighs the “grams on the scale” before preparing for his next entrepreneurial venture.

If reviewing posthumous rap albums wasn’t already complicated, it’s not made any easier when you constantly hear a voice in the back of your head saying “pay respect to the deceased” nagging you to not shit on an album. When that voice gets too loud though another voice crops up. “If he/she was alive they’d want an honest review, not an ass-kissing one. That’s true respect. That’s real.” So I’m not kissing ass when I say that Bankroll Fresh is a better rapper than his mentor Gucci Mane. That’s also an incredibly low bar to hurdle over as most three-toed sloths have more charisma and flow by comparison. I can’t say Mr. White didn’t have talent, but I feel like his talents go to waste on banal songs like “Playin Wit a Check”. Even he sounds bored talking about how his “whip cost a check, jewelry cost a check” on the track. He says the word “check” dozens upon dozens of times until the point is driven well into the ground far beyond being seen or ever heard again.

I want to like “In Bank We Trust” more than I do. That voice keeps nagging me and saying that Bankroll Fresh was robbed of the chance to respond to any criticism of his work. That’s true of all dead artists though. Biggie and ‘Pac aren’t around to flip off their haters. Juice WRLD can’t snap back at people who don’t like his singing. If you don’t think Phife Dawg is “Butter” he can’t tell you to ease off (hoe). Some die in a hail of bullets, some die of an overdose, some die from complications of diabetes, but they’re all dead just the same. The only thing I as one of the living can say to one of the dead is “You are remembered.” Whether you think he’s great or not Bankroll Fresh has not been forgotten and this posthumous album ensures he won’t be. Perhaps he would have evolved into one of the all time greats, perhaps he would have stayed at exactly this level. We’ll never know for sure.