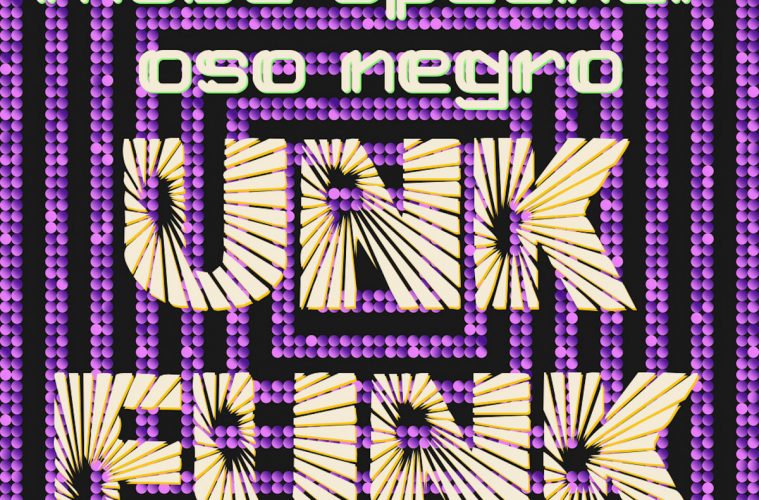 “It’s an inside job cause we all got beef”

As often happens in the underground rap scene, I’m watching elements RR has covered individually come together collectively. I covered a previous Oso Negro release in 2019, and I’ve covered UK producer Mute Speaker at least twice in the past. Considering that my first exposure to Oso Negro was on a Gajah album produced by M.S. it only makes sense that the two would eventually collaborate on a full release — well, a full EP anyway. “Unk Funk” is the result of them combining forces and it’s a true pleasure to listen to.

It’s challenging to find a release of any length that’s playful and whimsical given the dour circumstances we’ve all been dealing with in 2020. Try not smiling while listening to “Six Alexes” though. I’m not kidding. I’m literally daring you to not smile like one of those YouTube challenge videos. Mute Speaker’s instrumental matches perfectly with Oso’s tale, punctuating it with crystal clear cymbals, hi-hats, snares and piano riffs. Oso describes working in a restaurant where everyone from the line cooks to the managers and bartenders has the same name. “I work with six Alexes/it sure has it challenges.” I can believe it! It’s patently absurd, which makes it even funnier if it was 100% true. I love it either way.

“I Keep On” feels anthemic, intentionally or otherwise. “I’ll keep on marching ’til I walk out this awful mess” croons Negro, never explicitly stating what he or any of us are going through, but nevertheless showing us his resolve to persevere against all adversity. You may have lost your job this year (I did), lost a family member to COVID-19 (not yet), or lost your mind dealing with how awful humanity has been to each other. Nevertheless you “keep on” no matter what because what other choice do you have? That’s what my wife’s late grandmother told us before she passed away in January — you don’t know what tomorrow holds so you make the most of today without dwelling on whether or not it’s your last day. She was a very wise woman.

“Unk Funk” is a suitable name for this project and its title track. It implies a little bit of age, because you don’t get to be an Aunt or an Uncle until one of your siblings has their own children. When that happens your life changes a bit. You’re not a parent, but you still feel like you have to be a little more mature and look out for their welfare. Mute Speaker and Oso Negro still have that youthful energy of “something to bump thump to” with “international grooves” but simultaneously sound matured by experience. Put simply it’s grown up rap. They have fun but it’s not that youthful indiscretion fun of drinking too much or catching venereal diseases or getting so high you pass out for a whole day. They’re not knocking any of those things, they’re just in their own lane, sipping mellow bourbon and head nodding to the dope beats.