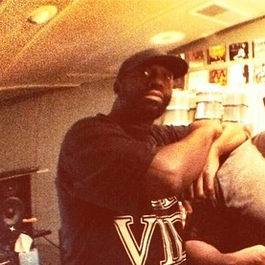 It took me two weeks to form the emotional distance to talk about this properly, and even now it’s still not an easy subject to write about. From the moment I heard “Distortion to Static” for the very first time in 1994, I knew there was something very special about The Roots. The live instruments, the production, the lyricism, there was just something immediately dope and mesmerizing about a group that was, is, and forever will be etched into my heart. They approached ya, with some Magnetic shit that was Ultra.

A key component of that sound was the lyrical interplay of two completely different stylistic emcees. Black Thought lived up to his name by always trying to one up himself with each bar, putting more and more mental focus onto cleverness and consciousness. Malik B was no less intellectual but he was the more streetwise member of the group, the down to earth half of the group, the brother on the corner to spark a blunt and freestyle in a cipher. He was also the de facto enforcer of the group, warning “Clones” in the final verse of the risk to all perpetrating frauds.

“Don’t come across that line or pay a cost
Knuckle games and hammer cocked ain’t nothing sweet or soft
Win lose or draw to the jaw take one
Deranged lyrical launcher, or station
No conversation is needed, my task completed
Read a nigga up and down in the cut where I’m seated”

Unfortunately for The Roots the title of their Chinua Achebe inspired album “Things Fall Apart” turned out to be prophetic. At the moment the group arguably achieved their simultaneous commercial sales and critical acclaim peak, the M-Illitant and his friends seemed to be headed in different directions artistically and personally. Listening to “Step Into the Realm” the words “from this worldly life you’ll soon depart” seem almost prophetic.

“Now back to the topic of, the rap philosopher
With more drama than a soap opera
Who stops the propaganda, the hot block commander
Puttin a halt to all the backtalk and slander
Warn every challenger, about the silencer
Muzzle in your mouth for the days that’s on the calendar”

There are many different theories about what ultimately caused Malik Abdul Basit and the rest of Philly’s finest to part ways — he didn’t like touring, creative differences, legal problems, and so on. Tariq “Black Thought” Trotter seemed to be hinting at bigger issues though on the 2002 song “Water,” implying that Malik a/k/a “Slacks” enjoyed “a little syrup” and “a little pills” more than necessary for recreational use.

“I got fam that can’t stop druggin’, they can’t sleep
They can’t stick to one subject, they can’t eat
It’s people steady comin’ at me out in the street
Like ‘Riq, yo, what up with your peeps, it gets deep nigga”

It’s not clear that addiction caused him to leave or changed the direction of his career. That’s speculative and in the grand scheme of things besides the point, especially given that his departure was never a “don’t let the door hit you in the ass on the way out” kind of thing. While Black Thought continued as the lyrical core and a de facto face of the group alongside drummer/band leader ?uestlove, M-Illitant continued to make guest appearances that would list him as “featuring Malik B” on future albums, never becoming permanently estranged from his friends and comrades. Only death can make parting eternal, and Malik B left this mortal coil on July 29th. While his physical may be gone, his spirit lives on through the music left behind.