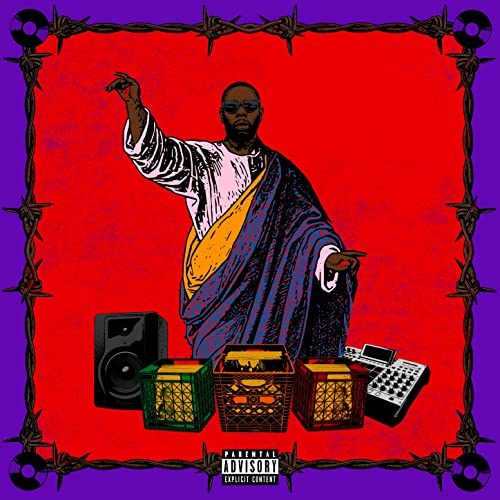 Music Is My Religion

Buckwild :: Music Is My Religion

If there was an award for Most Accurate Album Title of 2020 then I’d go ahead and give Buckwild the prize for “Music Is My Religion.” For over 25 years music is all Buckwild has been known for. He’s not your favorite rapper — he’s the man behind your favorite rapper. Like Flee Lord says on the album’s title track, “Buck on the beats got ’em standing on they seats.” He’s quietly repped D.I.T.C. through four different decades. You don’t hear bullshit from Buckwild. He doesn’t do interviews complaining that he’s not acknowledged as one of the all time greats, dissing other producers, saying that he’s being low balled when people want to buy his beats. Buckwild just puts in the work, you to nod your head to it, and that’s that.

“This Is It” gives me immediate flashbacks to Camp Lo’s “Luchini” with the intro/hook, but the lyrical nod is where that comparison ends. The 1997 single was built around energetic horns and big money flossing, while Buckwild’s production is a mellow cup full of jazz featuring King Bub Rock and Rim Da Villain. Who? Yeah you got me — I don’t know either of them. That’s a theme for “Music Is My Religion” though. Buckwild is using his extensive arsenal of production techniques to give lesser known emcees the chance to shine. An album full of verses from Lord Finesse, A.G. and Fat Joe would have been fine, but Buckwild is putting on who he wants.

I can’t say he’s wrong to do it. Long Island emcee Little Vic has been around since the 2000’s, but he doesn’t ring bells when people talk about New York emcees. Listening to “Qualified” you’d have to wonder why. Buckwild has a fat mixture of brass, strings, crisp snares and kick drums for him to rap over, and Vic spits bars like “Waldorf, I push ’em off (AHHH!) All y’all are looking soft/All y’all are crawling on all fours with whooping cough.” The intensity of his delivery is like he’s battle rapping but his only opponent is the track, and the end result is that BOTH win. Milano Constantine is another long time rapper whose name doesn’t get brought up frequently, but the guttural grimy flow on “Milano’s Theme” finds him accurately stating “Once you hear Buck on the beat, you know it go together.”

Even when you get to the “big names” on “Music Is My Religion” they still tend to be East coast underground rap favorites as opposed to Billboard chart unit slingers. I can’t think of a better example than hearing Smif-N-Wessun on the reggae riddims of “Survivor.” I think any rap head in their 40’s has fond memories of Tek and Steele that date back to the 90’s, and anybody born in the 21st century might wonder why grayhairs dickride the duo so much. This song might be the one to help the youth understand.

That does bring us to an important point about this compilation though. Some of us (me in particular) might not want to admit it, but this kind of hip-hop is increasingly niche in our present era of rap music. There are no singing rappers, Oxycontin and syrup rappers, or shallow sex fiend rappers here. Ransom lays this bare on “Truthfully Yours” with his bars. “Here take this/a jewel for your mind/truly sublime/and shit I’m faced with/losing some time, due to this crime/Nothing to play with/so who in they prime fluid as mines?” The answer is no one. This is not what today’s emcees are about, for better or for worse.

“Music Is My Religion” might be the perfect album for someone who wants that old street shit back. It’s that feeling of a 1990’s mixtape popped in your cassette deck, some old “DJ Premier, P-P-P-Premier” type shit, where you just smiled and waited for the next joint to drop. You don’t always need to have the biggest name stars, the most hype or the wettest ass … well you get the idea. Sometimes you just need quality beats and rhymes without any pretense that makes sense. Buckwild’s album is like going to the bathroom after eating nothing but beef patties for three days — the shit’s just solid.