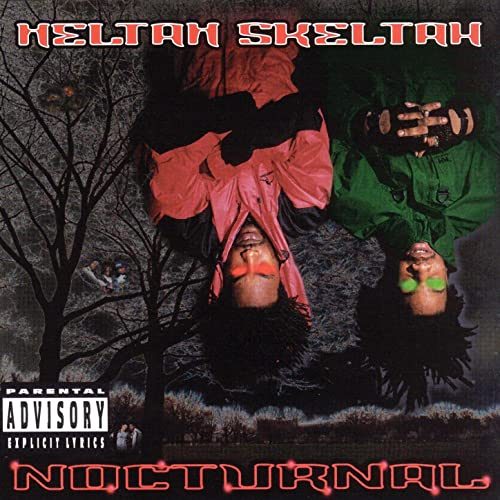 It has taken me five years to come to terms with the death of Sean Price. It was and to some degree still inconceivable that a rap star only a couple of years older than me passed away at only 43 years old. We literally came of age together — he was rapping his way through classic Duck Down Records and Boot Camp Clik releases at the exact same time I was buying them. The formation of the tag team Heltah Skeltah out of B.C.C.’s growing collective teased the potential for them to eclipse Wu-Tang Clan in terms of size and popularity of spinoff projects, though it never quite worked out that way. Still the Fab 5 supergroup put the entire hip-hop scene on notice with the single “Leflaur Leflah Eshkoshka.” The absurd title may have hid their dopeness from some, but one listen would forever change your life.

The beat courtesy Baby Paul (Da Beatminerz) was a certified banger, and every member of the Fab 5 shined, but Ruck (Sean Price) and Rock (a/k/a Rockness Monstah) made vivid impressions even amongst such a stellar posse track. “I can bet without lye I can give yo’ STUPID ASS the red eye” warned Rock, while Ruck took a more cerebral approach by vowing to “control the masses with metaphors that’s massive.” It set the stage perfectly for their group debut in 1996 with “Nocturnal,” an unforgettable release for me as it came two days before my 22nd birthday. I’m pretty sure I spent that entire day listening to the album, dissecting every bar and writing it down on my computer, stopping only to put “Operation Lock Down” on loop.

It was a sign of both Heltah Skeltah’s strength as a duo and B.C.C.’s as a clique that West coast stalwart E-Swift of Tha Alkaholiks produced the track. When Sean Price uttered the now immortal phrase “Peep my words, yes my heavenly words” it FELT heavenly thanks to the haunting harp that E looped from George Benson’s “Theme from Summer of ’42.” The songs floats on a cloud made of music and drums and is only brought back down to earth by Rock’s vow that they’re “gettin’ in mo’ ass than splinters on raggedy benches.” Meanwhile Ruck comically disses inferior emcees by saying “first of all your monkey-ass rhyme like you’re backwards,” and with his performance on the track he had every reason to shit on the competition. That sense of humor was found in the video for this and their follow up single “Therapy” featuring (a then little known) Vinia Mojica.

Ruck analyzes Rock and he “thinks back to the 90’s” on how he became a rapper, but “Dr. Killpatients” uses the situation to help himself as much as the man on his couch. In the song’s conclusion Sean Price shows off his alliterative skills while simultaneously offering a solution to what ails the Monstah that may or may not be helpful — only because we don’t know what “two of these” Rock is taking. Nevertheless in a show of camaraderie, Ruck vows to be on demand like a website.

“Bust the prognosis, better yet Duke have a dosage
of prescribed poetry that people perceive as potent
I’ve been goin through your file and I found a conclusion
That you destined to be the best in this world of confusion
You lose when you fall victim to evil ways
I know crime pays but the rhyme slays nowadays
Take two of these and if you have a problem at all
I’m on call twenty-four hours to brawl, word is bond”

Sean’s passing made me reminisce on the chemistry that Ruck and Rock had on “Nocturnal,” only to watch that relationship slowly dissolve in the 2000’s. One last attempt bring it back was a marginal success, and after that few could deny that Sean Price had eclipsed his tag team partner as a solo act. As a wrestling fan it was like watching Shawn Michaels break up with Marty Janetty but with an ironic twist. HBK rose to world championship status while Janetty slowly descended into an drug addled train wreck, but in Sean’s case his delivery got slower, his words more slurred, and at times that sparkling 90’s wit and storytelling seemed to have been replaced by pugilistic disses and shouting “SEAN P!!” Make no mistake — I’m not saying Sean wasn’t still dope, but he CHANGED and you can’t help but notice it.

Compare that performance to his bars on “Prowl,” which rocks the same instrumental that Portishead did on “Sour Times,” and you can absolutely hear the difference. It wasn’t just getting older that changed P’s delivery.

Listening to “Nocturnal” affords those who only discovered Sean Price as a disgruntled rap ruffian in the 21st century to jump back and see him at the height of his prowess. That’s also true of Rock, whose deep voice and deliberate delivery often threatened to break instrumentals apart, but on mesmerizing tracks like “Undastand” he’s going bar for bar with P and not only compliments him perfectly but shines like a gem in his own right. “I really think I oughta tell ya/before I haveta belt ya/I make shit so hot the heat might even swelter/or melt ya.” Pure dopeness.

While Baby Paul sets off this and many of the tracks on the CD, the whole thing could be presented as the instrumental excellence of underground NYC in the 1990’s. From Buckshot’s methodical and sleepy “Who Dat” to Shawn J. Period’s crispy “Place to Be” to Mr. Walt’s minimalistic and P-Funk inspired “Da Wiggy,” every contributor’s beat perfectly compliments the duo. One of the most epic is DJ Evil Dee’s “Clan’s, Posse’s, Crew’s & Clik’s,” and the energy he provides is only amplified by both emcees as they run roughshod with boisterous bragging and an unforgettable chorus.

Let me reiterate something once more before I hit you with the final verdict — I’m not saying latter era Sean Price wasn’t dope. There was an undeniable charm to his “fuck you” attitude and lyrical delivery, but it feels to me like the things that fueled that attitude potentially also shortened his lifespan, and I can’t consider that a good tradeoff. We should still have Sean Price getting dumb nice on mad mics to this day and we don’t. I think that’s why I always beat myself up when one of my favorite emcees passes away — I don’t feel that they should be gone when I’m still here. They’ve contributed more to the world with their music than I ever have writing about their music. If I can do him one favor though posthumously I’d tell the world that they need to hear “Nocturnal” to understand why he was not only one of my all-time favorites, but why his team was one of my all-time favorite groups.