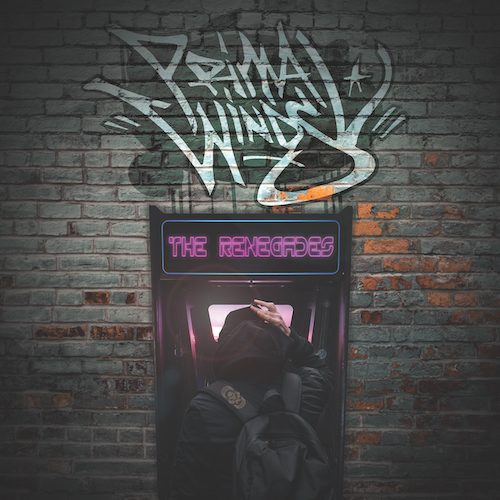 Jay-Z and Eminem burned the phrase “Renegade” into hip-hop’s collective consciousness, but Primal Winds would like to stake a claim on it as well. A brief refresher for those new to the group — they’re a Toronto rap duo made up of District Prime (a/k/a Primordial Emcee) and Iron Wind. Last time around they were on more “cowboy shit” than Kenny Omega’s tag team partner, but given how much Omega loves video games he’d be WAY more into “The Renegades” if he gave it a listen. “They setting up checkpoints to pull us in/Have you all waiting for the return of Flynn/We’re trying to save programs, not the rest/So like a ninja in the night, every mission’s a lesson.”

The album isn’t just inspired by Tron and Tron: Legacy — it’s sampling from it directly. That’s going to force me to make a disclosure before we go any further with this review: Tron was my FAVORITE movie growing up. Dissecting the reasons why would be longer than this review itself, but in case there’s any inherent bias in favor of an album which draws all of its imagery and structure from a beloved childhood classic, you’re aware of it in advance. Primal Wind’s also inspired by gamer culture in general as evidenced by “Flynn’s Arcade” featuring Alexa Ourania. I thoroughly enjoy what they tried to do here but some people may find the way the video game samples overpower the lyrics off-putting.

The imagery of the Tron franchise lends itself well to songs like “Freedom Fight,” where Winds could just as easily be talking about global affairs IRL as digital affairs on the cyber grid. “We’re taking back what’s ours when we grip this mic/Rising up against the system in this freedom fight.” It’s a call to protest and resist and it’s driven by electronic keys and punchy beats. This is head nodding music repurposed by William Gibson on a digital plane of existence. Just watch out for the “Grid Bugs” i.e. the jackbooted thugs on the streets of Portland throwing people into unmarked vans without warning.

Actually if I’m being honest “Grid Bugs” tries a little TOO HARD to capture that electronica vibe. It’s overloaded with arcade samples, modulated vocals, and a melody that might as well be the sound of Space Invaders marching on your ass. While other tracks like “Ribbons of Light” keep the music more subtle, Primal Winds still beats you over the head with the Tron references to the point that he might be unintentionally locking this album into a very narrow niche of sympathetic listeners.

Given how thematically structured the last Primal Winds album was I can’t knock “The Renegades” too much for doing the same thing with a brand new source of inspiration. The fact they could maintain that theme for 18 tracks over the span of an hour is impressive in and of itself. If the idea of rebellious programs fighting for their freedom in an oppressive cyber landscape sounds like a good rap album to you, songs like “Disc Wars” featuring royceBIRTH and “The Occupation” featuring Warrzone and Lucy Lovesick will tickle your ear drums. If on the other hand you prefer songs about spending money, taking drugs and casual sex, you’ll probably find the electronic noises and raps to be “some high concept sci-fi shit” you can’t relate to. At the end of the day all reviews are just one person’s opinion though and in my opinion “The Renegades” mostly gets the concept right. It’s not perfect, but it’s highly enjoyable.