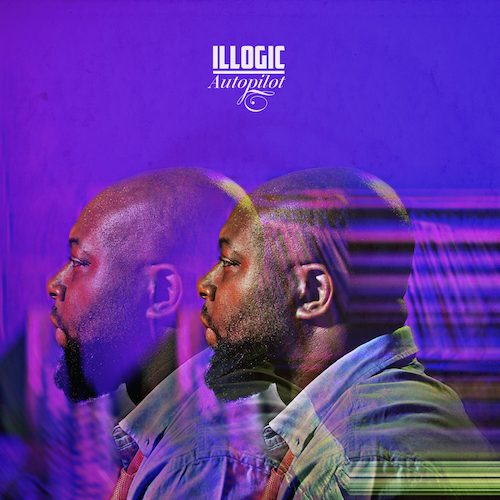 “Trying to stand out amongst these mannequins as a man again”

Recently a fellow writer whose name I’ll omit because it’s irrelevant to the point I’m making cautioned me about “being overly enthusiastic” when I gave “Felt 4 U” by Slug & MURS a 10 out of 10 across the board. In their view I had not taken the time to let the album marinate and was too quick to give it a score that indicated a timeless classic. Now to say I wasn’t enthusiastic about the album would be a lie. Past experience has taught me that both artists deliver finely crafted rap music, individually OR collectively, and as a writer awash in a sea of mediocre music it’s easy to get your hopes up for the first island on the horizon. I still feel the album ultimately merited the score it received though — not for being an oasis in a desert — but for being a SCENIC oasis with sparkling fresh water, a lush canopy of trees and a lyrically pleasant hammock to rest my ears in.

“Let’s make sure our seeds fan out
and realize that our culture’s where we need to start a revolution
Seek solutions found in the creases of unity
Embrace the challenges, seeing problems as opportunities”

These words from Jawhar Glass b/k/a Illogic on “The Depth (K.I.M.)” from his new album “Autopilot” are another example of refreshing artistry, the kind I have come to expect from him on one album after another. Mr. Glass does not simply churn out music on an assembly line, inserting cliches into each beat as it passes by him, releasing products just to ensure consumers have something to buy. It may take two to three years for a new Illogic album to arrive, but you can be assured when it comes that he has thought about every word on it carefully. Therein lies the clever irony of a song whose title includes the acronym “Keep It Moving” — Illogic does just that but at his own speed. His call for unity in and outside the rap community is well considered and not offered lightly. “It’s time to show ’em what we about/let’s show the work of our hands and stop running our mouth.”

We live in interesting times for albums such as these. Ignorance is valued above truth. The dehydrated will reject a glass of water, calling it “fake news” and refusing to drink from it, even knowing they will die of thirst. They would sooner fill a tall glass with sand, proclaim it delicious, and down it whole to speed up their demise. Branding a rapper “intellectual” is almost akin to slapping them with a scarlet letter to be publicly shamed. “How dare you look down your nose at us? How dare you lord your knowledge over our heads? If I choose to drink the sand, who are you to scorn me, you holier than thou motherfucker?” It reminds me of an old comedy bit from Chris Rock about getting a college degree.

It’s in this light that I realize rap criticism has been turned on its very head. If I tell you that “Autopilot” has beautiful music and intricately constructed lyrics, there’s just as good a chance you’ll reject it as embrace it. This isn’t exactly a new phenomenon though. When I was in my teens and 20’s the anti-intellectual crowd scorned “backpacker music,” as though the mere act of carrying a Walkman or CD player, some spare batteries, a few choice albums and a couple books around with you could identify someone whose musical choices were elitist. Perhaps the stereotype is true. I probably had Aceyalone and Organized Konfusion in mine, although they would have been side by side with Mobb Deep and OutKast — but who gets to decide what’s “smart” and what’s “too smart” for a rap fan to listen to anyway?

“There’s a fine line between evidence and truth”

Like so much of Illogic’s catalogue “Aphextwin” is a challenge to listeners. It’s not just because the production is as electronic and experimental as the 1990’s EDM producer it references. It’s not because Jawhar Glass refuses to dumb down his raps to an arbitrarily low common denominator. It’s not because there are no bitches and hoes — no wait, it IS because there are no bitches and hoes. This isn’t music to listen to casually. It’s not going to placate you or put your mind at ease. “Autopilot” is purposefully opaque. You’re going to have to pay attention to what Illogic has to say, and if that’s a turn off for you, then I’ve definitely turned you away at this point. The introduction to “Conquer the Climb!” might bring you back though.

“It’s not necessary for the audience to know every detail. It’s actually more helpful to create an object that for everybody it has meaning. But, the things I create are not the things. They are the time that the people at the shows spend in the company of the things. So it’s time that you are making really. Time perceived by an audience.”

I don’t know the name of the lady speaking (Mr. Glass will probably tell me later on) but her point is an excellent summary of “Autopilot” whether intended to be or not. It’s only 33 minutes long, but it is time well spent. You will come away from the experience having experienced that time, having lived in that moment, and having been enriched by taking the time to be in that moment. “Come along for the ride” quips Illogic on “Canvas” featuring Blueprint and Supastition. I agree. This is a ride worth going on. No one is going to hand you a glass of sand and tell you to drink your fill. In a time of lying liars and the lies they tell, the only thing Illogic has to offer you is a well crafted, truthful, thoughtful album. Refresh yourself with his truth.