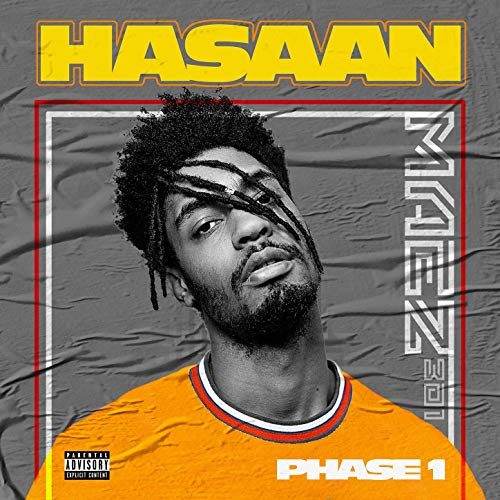 After making noise on the independent scene a few years ago, Strange Music Inc. signed MAEZ301 and promised to put the marketing and muscle of Tech N9ne behind their newest prospect. On paper this feels like an automatic win for an up-and-coming emcee, but in practice I’d be a little more ambivalent. Strange Music has had many solid artists over the last few decades — Krizz Kaliko, Prozak and MURS among others — but the latter’s departure last year (on amicable terms) shows it’s not a guaranteed win. Even though N9ne is a global superstar, his label is often regionally focused and regionally supported. That’s all good right? After all the Chiefs won the Super Bowl this year. You can be large in the Midwest, but if you want to be the next Tech N9ne, he can’t necessarily make you the next him.

You can hear and feel the push for MAEZ on “HASAAN” though. Getting E-40 to rap on “Like It” isn’t a minor move, especially for an artist who originally hails from Gaithersburg, Maryland — hence the 301 in his name. The funked out track will be an easy transition to top down cruising in the Yay if anybody there gives him a chance, even if Earl Stevens is the sole reason that they do it. There’s definitely more to MAEZ than that. “Eff You Thought” featuring Lex Bratcher shows him throwing his own muscle around straight from a flexible and powerful vocal chord. He spits with an effortlessly fast flow and clear diction while “steadily pulling off hits like a Band-Aid”. Bratcher has a strong female swagger but MAEZ is the star. Even his hater at the beginning of the track has to give him props at the end.

If there’s a downside to “HASAAN” though it’s that three out of four tracks (everything other than the opener) has a guest star. None of them are detracting from the songs they are on. In fact I’m impressed by how Infinite E matched his style and flow to MAEZ’s on “Instagram Famous” but that’s not even the point. When the whole idea is to take MAEZ from Maryland to the Midwest and then subsequently the world, maybe ONE cameo from E-40 is more than enough. Instead on a 13 minute long release it feels like we hardly get to know MAEZ because he’s sharing so much of the spotlight.

Here’s the takeaway — Strange Music wasn’t wrong to sign MAEZ301. He’s clearly a talented cat. Vocally he’s a cross between Twista and Krazyie Bone but adds his own flair and polish to the presentation. His personality pops on the tracks and he’s got clever punchlines sprinkled throughout his bars. MAEZ301 wasn’t wrong to sign with Strange Music. It’s clearly the next step up from being a local hit on the East coast to establishing a larger presence throughout the United States. Where does it go from here though? It’s hard to say. I support Strange Music strongly because it’s the closest thing to a major indie label within a few hours of me. To get anything comparable I’d have to travel a lot further — say Minneapolis (Rhymesayers). With his talent I feel MAEZ301 can go far so hopefully “HASAAN” is just the start.