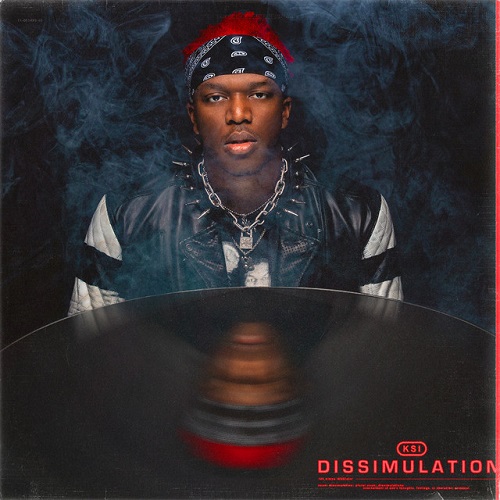 KSI is an interesting character that highlights just how different the entertainment industry is in 2020. Like many popular YouTube personalities, he set up his channel over a decade ago and built a strong following with his videogame streams (specifically the soccer series FIFA) long before the likes of Twitch had every Tom, Dick and Harry broadcasting their gaming habits. Watching strangers react to things has often become more popular than the actual thing that causes the reaction. I’ve found myself watching Americans react to British sitcoms because it’s a fascinating culture clash and positive confirmation that we all enjoy when seeing someone else like what we like. It’s like telling your friend to check out a movie and hearing them react positively to your recommendation – it’s a great feeling. It’s partly why I continue to write reviews, because as rare as it may be in this day and age, getting an email or tweet thanking RapReviews for putting them on to something they now cherish, makes the waning purpose of music reviews remain the useful resource they’ve always been. It’s why Gogglebox is a thing – my parents are obsessed with that show and it’s just the YouTube format formalised for television, which KSI himself appeared on this year.

Many YouTubers capitalise on the voyeurism in humans, and KSI (along with PewDiePie) have literally millions of followers. They have more eyes on them than any Hollywood star, but there remains a question over whether they are actually talented enough to warrant that audience. KSI has himself branched out into celebrity boxing matches that bring in far more viewers than professional boxing matches. He had dabbled with rap five years ago, putting out EPs featuring respected names like JME, P Money and Stefflon Don. Last year’s “New Age” collaboration with fellow YouTuber Randolph was decent and popular enough to warrant a solo LP from KSI, which is where “Dissimulation” comes in. Reaching #2 in the UK Albums chart and appearing in fifteen other charts worldwide (including the Billboard 200), it appears KSI has successfully transitioned into a rap star.

I’d heard KSI on the Nathan Dawe single “Lighter” which is one of 2020’s big club records. Or would be if the clubs were open. I was struck by how professional he sounded and it’s no surprise to see he’s now on a track with Craig David. Looking at the features on “Dissimulation” confirms his intent on being taken seriously, with Offset, Lil’ Pump and Trippie Redd all making appearances. Earlier records called on the UK’s big names, but this is clearly a move to conquer the American market on an album that is dripping in big-budget, bass-heavy production and a wealthy display of flamboyance to match. Even declaring he gets “200k for views” on “Cap” and “500k for the river” (or streams), which is both refreshingly honest and a kick in the teeth to actual artists who just do music.

Nearly all the songs are three minutes or less, driven by hooks and a commercial “American” style that drips in money. There’s plenty of Autotune on songs like “How It Feel” and “Killa Killa” that it sometimes doesn’t even sound like KSI rhyming. Perhaps his British accent is too thick for some, but there’s definitely a sense of hiding it amongst all the overproduction. As a public figure, KSI rarely opens up into what is a fascinating life, instead filling “Dissimulation” with hollow collaborations and surface-level observations.

The highlights are where KSI is just dropping bars: “Domain” is messy yet is a better representation of KSI, slipping in football/soccer lines like “I’ve led it like I’m Llorente“. But the solo tracks have far fewer streams than the “big name” features do, demonstrating that while this is an album, listeners aren’t treating it as such. And it ultimately explains why “Dissimulation” sounds like a bunch of songs with no real sense of artistry – it lives up to its namesake in hiding and protecting a brand. It’s great background music that you can throw on whilst playing FIFA and that might be the ultimate goal (no pun intended) for KSI.

As far as its purpose, this album will inevitably rack up the streams and make money for KSI, further broadening his online reputation. He can also shake any claims of being a wannabe rapper given his catalogue proves he can spit, but KSI as an artist is another story entirely. When the money and celebrity are stripped away, there’s little of substance on “Dissimulation” to warrant repeated listens but KSI clearly isn’t going anywhere soon, whether he’s rapping, fighting or playing videogames.