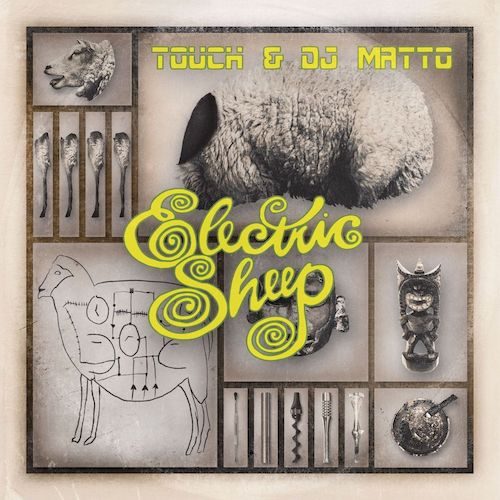 I like Touch. I like him the way a lifelong rap fan likes a rapper who cares more about rapping than either of them should. If you listen to rap music for long enough (over 35+ years in my case) you come to recognize that quality in certain emcees. It’s a complete inability to compromise on what matters to them the most — making art. Art is a dangerous thing to pursue. The more rewarding you find it personally, the deeper a hole you can wind up in financially. Success only makes matters worse. If you’ve formed a belief set that the struggle is worth the satisfaction, yet suddenly and unexpectedly your art winds up paying the bills, it can make you question whether you’ve compromised your integrity just to not “suffer for your art” any more. It’s an endless tightrope of choosing between selling your art or selling out and the closer you get to the edge the closer to falling off you get.

Touch’s “Soldier,” the lead single from his new “Electric Sheep” album with DJ Matto, is an exploration of that dichotomy through the metaphor of being battle ready at all times. “In between wars, we train then we wait/There is no going home, there’s no shore leave, there’s no dates.” That’s the level of commitment it takes to be a rapper who puts art first and success second. “All I think about is fear, discipline, and how to survive/I don’t think about children, being a father or wives.” It’s dark and melancholy and it SHOULD be. Whether on the front lines of rap or Afghanistan, there’s no love for the battle scarred veteran — he has a job to do and the determination to do it.

“Electric Sheep” is not an album you can press play on to comfortably escape from the tiresome reality of the world today. There’s a Deltron 3030 level of “Dystopia” here, with DJ Matto scratching in that “you’re living in a fantasy world” to remind you how grim things are. Touch is on the run and “hoping the Blade Runners lost me” but the reality is his own creation and he can never truly escape. Even bringing on guests like Chokeules and Timbuktu is not a reprieve for Touch, as “I Kill You” makes for a harrowing triple threat where they ALL mine the depths of their depravity in a cold and uncaring world. Even the chorus is unsympathetic, robotically asking “What do you see?” and not waiting for the answer.

There’s a relentless uncompromising brutality to “Electric Sheep” that I associate with rappers like Mr. Lif and Roc Marciano. “For instance, you say you have a conscious mind — can you describe your conscious mind, with your conscious mind?” queries Touch on “Live In Fear,” forcing listeners into an uncomfortable state of self-examination. “Is immortality actually better than dying? If a soul exists does that mean that it’s immortal? Am I the same person today as I will be tomorrow?” In these moments Touch transcends “art” as such and lives up to his name — he touches on the human condition. It is the curse of self-awareness inflicted on homo sapiens to understand we exist in the world and apart from it at the same time. We are part of a larger picture but consumed by our hubris to the point we ultimately seek the bliss of ignorance. For a “Soldier” like Touch there is no bliss — only the truth — and the inescapable truth that his music comes from an intellect that will never be satisfied by easy answers or commercial success.