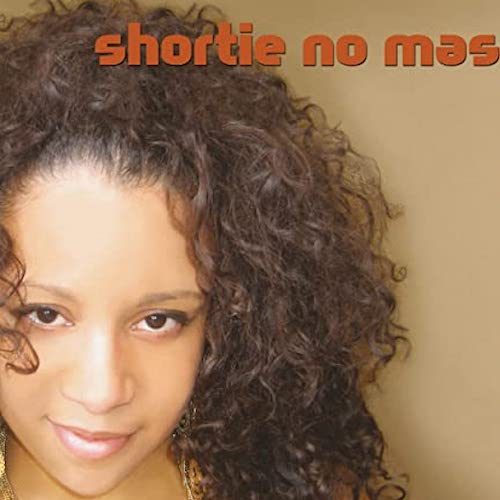 If you’re not a dedicated fan of De La Soul there’s a significant chance you haven’t even heard of Shortie No Mass. She made a memorable cameo appearance on “Buhloone Mindstate” in 1993 on the track “In the Woods.” Immediately heads expected a fierce new female emcee to step to the forefront of hip-hop. To say this was even more notable given the era she came up puts it mildly. Hip-Hop certainly had popular and successful female rappers from MC Lyte to Queen Latifah but men clearly outnumbered women at every level of the game — on the mic, on the turntables, on production, or behind the scenes at the corporate level.

It is perhaps telling that her appearance was so memorable that a De La song was included on a “Fat Beats & Bra Straps” compilation of female rap artists. So what happened to No Mass? Well she dropped an EP in 1995, but if we’re being fair that may be stretching even the definition of “extended play” just a little bit. “Like This” clocks in at 21 minutes total, but when you dig into the meat and potatoes, you discover there’s a lot of gravy covering up a small amount of protein. There are two main songs — “Like This” and “U Like My Style” followed by a remix of the latter and three instrumentals.

Far from a complaint though this is praise for the fact that “Like This” even exists. As the cover art notes it’s “produced by Rockwilder and Da Beatminerz” and certainly has the sound. “My man Walt hooked me up lovely with the track/backed up with the ill verses” brags Shortie on “U Like My Style” and she’s not lying. It’s got that mellow mid-1990’s head nod hip-hop groove, complete with old school hip-hop samples on the hook to keep you in that feel good mood. Shortie’s confidence is belied by the fact she notes “I be four eleven,” a figurative and literal shorty on the mic, but her powerful delivery dwarfs her stature. “Pick your pride up after I commence to knock you downtown.” She also “does [her] best to keep it real and rather humble/and no I won’t mumble” while spitting verses.

The original version knocks, no doubt, but the remix flips things around with a completely new track that still keeps a chill vibe with a new “to the beat” interjection that fades in and out at different volumes. This is the kind of track I actually recommend listening to with headphones on to get the full experience, which actually proves true for the entirety of “Like This” as a whole. Still you have to give it up to the swagger of the title track (if we can call it that) as Shortie No Mass vows, “If the shit is kind of ill, best believe I’m up in it.” It’s hard to understate what a explosive little stick of dynamite she was on the mic. “You freakin’ hoes start to hate me! Pardon me miss, I kept it real, I’m coming straight from the heart.” INDEED.

Why didn’t Shortie No Mass blow up? If I had to guess it’s because labels just couldn’t figure out what to do with a four foot eleven female rapper with a more cocksure attitude than most men, and given the aforementioned prevalence OF men in positions of power, it’s entirely possible a few of them felt emasculated by her unapologetic take no shit style and flow. She came too late to be part of the “Ladies First” movement of the 1980’s, and too early for the rise of equally powerful women like Da Brat, The Lady of Rage and Rah Digga. Wrong place, wrong time, and (ironically) nobody with enough balls to believe Shortie could do it. “Like This” is better than nothing at all, but there should’ve been much more.

Shortie No Mass :: Like This
8Overall Score
Music8
Lyrics8