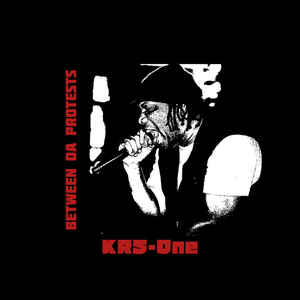 While this new project from KRS is billed as his 23rd album (it’s his 22nd according to Discogs – or 27th if you include the Boogie Down Productions records), we’re now at a stage where it doesn’t really matter. KRS has continued to put out music throughout the 2010s but few, if any, of these latest records made any noise or long-lasting impression. Ask a fan to recall KRS’ 17th album and you’ll be greeted with confused despair. It’s a shame because KRS-One is a genuine great, not just in rap but in music overall. This is an artist with multiple classics in his arsenal. An emcee who was in his prime for what, a decade straight? 1987-1997 KRS-One is a stellar run, yet the last twenty-three years of his career have been a mixed bag. His live show continues to impress and that is where I think his music continues to thrive – this new album continues in the vein of actual boom-bap that would sound great in a club, chopped up and mixed by a Hip-Hop DJ. But on its own? Well…

For such an outspoken emcee, KRS is fairly quiet on social media, occasionally appearing to promote an event or a record. He lets his message speak through his rhymes, and “Between Da Protests” sees the New York veteran give his two-cents on recent goings-on. The problem is, there’s only a couple of decent songs here and that’s putting it politely.

“Opening Remarks” has the passion but is lyrically unremarkable, even questionable. “I don’t battle rappers that’s called child abuse” feels particularly iffy considering the cloud of Afrika Bambataa continues to hang over KRS. The beat on “Tight” isn’t quite that, too distracting to succeed. “I feel like a shower, no need to faucet” is ironically a forced rhyme and there are a few clangers in this vein, but that’s where KRS remains ingrained in battle rap mode. You have to take the good with the bad, in that respect.

The single “Don’t Fall For It” again sees KRS relying on his iconic vocal delivery and immense presence, with a rather weird beat. It’s like My First Beat you’d make on eJay. It’s a shame because KRS’ bars are his most earnest and as a leading proponent in sociopolitical awareness, his message may have resonated more over better production.

“Black Black Black” continues a theme on modern KRS records – basic songwriting. “Murder We Just Saw” suffers a similar fate. Neither are as bad as “Turn the Volume Up” – this would have been dismissed in 1988, let alone 2021. Yet, and in the words of Sticky Fingaz, bu-bu-but wait it gets worse! “We Are the Gods” is a horrible beat, again suffering from being basic and derivative. “Who You Are” though is the worst of the lot – crowbarring some metal onto the end of the album, with vocals from SUN-ONE that turn some potent lyrics and important messages, into a miserable mess of gloom and doom. It’s horrid.

“Boom Bye Bye” is more like it. Equal parts aggression and passion, the Bronx emcee addresses the BLM movement and how it’s little more than marketing patois. “Stay Real” sees KRS experimenting with his writing, throwing rapper names into the equation. Flawed hook but the beat has that mean punch to it. “Free” is a brilliant idea, sharing a list of books he enjoys and the bass-heavy production keeps that feel of the other good parts of “Between Da Protests”.

It’s a shame the majority of “Between Da Protests” is really underwhelming and amateurish at times. There are glimpses of why KRS remains GOAT material but suffers from some tired songwriting and bewildering production choices. People give Nas stick for his ear for beats, but KRS is far worse and as impressive as it is to state you are on your 23rd solo album – it’s a meaningless statistic when half of them are forgettable, this one more than most.