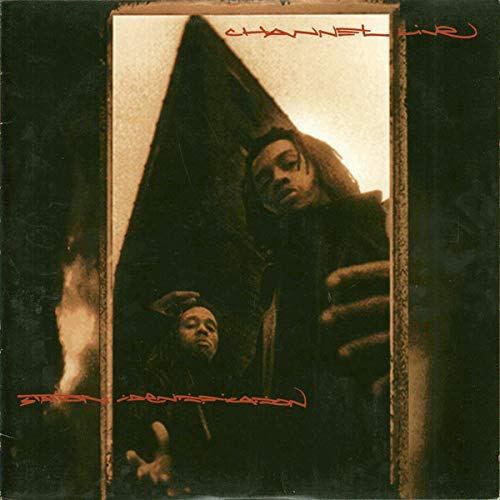 You’d be forgiven if you thought Channel Live’s “Station Identification” was a KRS-One vanity project back in 1995. He both produced and guest starred on the album’s featured single “Mad Izm,” and in fact he’s credited as producer on nine of the album’s 15 tracks in total. Even their Wikipedia page says they were “discovered” by Mr. Parker, whatever that may mean. This close association with the T’Cha was both a blessing and a curse. If you were a KRS-One fan you probably had a good reason to pick up a project so clearly endorsed by him, featuring him, and completely orchestrated by him. If you wondered what chance they’d have without Parker pushing them, you’ve probably guessed how future albums fared commercially.

Unfortunately there’s no escaping KRS-One’s shadow when he produced both of the singles most closely associated with the group. They’re not even trying to hide it on “Reprogram” with lines like “the BDP crew rolls with the thickness.” Boogie Down Productions had effectively ceased to exist by ’95 but they’re still getting shoutouts here. Don’t let that overshadow the heavy boom bap beat of the track or the no-nonsense delivery of emcees Tuffy and Hakim. They hail from East Orange, NJ but at times remind me of Petersburg, VA’s own Das EFX, minus the “bum stiggidy bum” flow. It’s ironic that both groups get thought of as being New Yorkers.

The one song that absolutely could have broken Channel Live out of KRS-One’s shadow is “Sex For the Sport.” Rheji Burrell was the producer on this one and his instrumental is as slinky and seductive as the topic. It’s hard to do a song this classy and raunchy at the same time, but the Live-sters achieved the impossible. They’re clearly looking for more brown skin ladies than Mos Def to swing with, and “the flavor’s 49 plus 20” is about as subtle as any reference to double oral as any rapper has spit (pun intended). Akinyele’s “Put It In Your Mouth” this is not. There’s some obvious bragging about their prowess with bars like “my main man Johnson jams hoops from the center/position, to break her backboard’s his mission.” It’s clever enough to win over even the most ardent critics though. It could easily have snuck into radio rotation with no objection though I have no proof it was.

There are some downsides to “Station Identification.” I know they were trying hard to push the whole TV dial metaphor with their name and the album’s title, but that immediately dates this album to a pre-streaming era of cathode ray tube sets. I’m a hardcore retro enthusiast so that’s good to me, but it could be seen as incredibly corny to modern listeners. The “Channel” skits are completely unnecessary in either case. Having four of them feels like an attempt to pad out the album’s length, and if you subtract them from the totals suddenly the production is a lot more balanced. KRS still does five of the remaining 11 songs, but Burrell and the famed Saleem Remi suddenly account for over 50% of the material.

“You compared to me is like rotary to digital” is one of the more ironic lines given what we just discussed, not to mention the hook of “Alpha & Omega” including the line “gonna play you sucker emcees like Sega.” It’s unavoidable for “Station Identification” to be dated to the place and time it came from, but at least it winds up being a positive on the whole. “Mad Izm” hinted at the promise Hakim and Tuffy had as emcees, and their debut album was good enough to prove their chart topping single wasn’t a fluke. Without that hypnotic beat and the scratched in Black Moon sample, no single from the album proved to be as successful as their introduction, but if you bought their record just for that song you got some good value to go along with it.