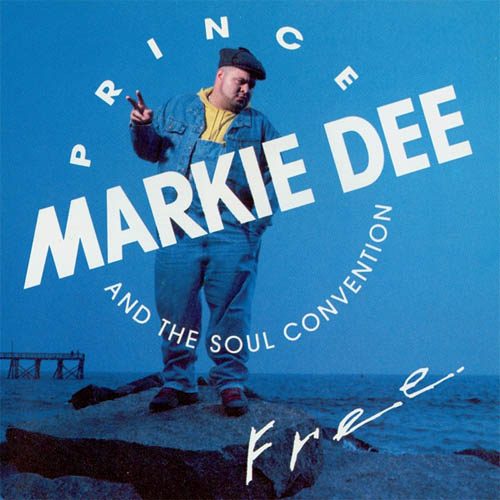 Another hip-hop legend is gone. Mark Anthony Morales, better known to the world as Prince Markie Dee, passed away on Thursday, February 18, 2021 at the age of 52. That also means two-thirds of the Fat Boys are no longer with us as Darren Robinson a/k/a Buffy “The Human Beat Box” left his physical essence behind on December 10, 1995. The sole remaining member still here with us is Damon “Kool Rock-Ski” Wimbley.

I have to imagine this hits harder for me than a lot of today’s rap fans who may not be familiar with the Fat Boys. They were large in the 1980’s and I don’t just mean due to their imposing stature. At a time when hip-hop music had very little mainstream presentation or commercial FM radio play outside of markets like New York and L.A., you could hear the Fat Boys on almost any Top 40 channel. They stood shoulder to shoulder with the likes of Run-D.M.C., Whodini and Fresh Prince as rappers radio programmers weren’t afraid to spin. Some might have accused them of being soft or sellouts as a result, but if there was any negativity I was too young and it was too far before everyone had internet access for me to hear it.

In fact despite their lack of profanity and penchant for rapping about food, the Fat Boys seemed like any other hard New York rap group. Markie Dee’s braggadocious swag was up to par with any of his contemporaries. “I’m the Prince of rap, the king of hip-hop/and when my mouth starts to moving, I will not stop/Cause I’m all the way live, with so much juice/so check out the Prince as I start to get loose.” I never doubted Markie Dee or Kool Rock-Ski as legit emcees for even a second, and the addition of Buffy providing the beats made their presentation completely unique compared to all the rest.

Their starring role in the seminal 1985 hip-hop movie Krush Groove only further strengthened their presence in rap music. Even in markets where the movie got no distribution (like mine) it didn’t slow down their rise to the top of the charts, nor the fact they were considered bankable enough to star in their own comedy film (Disorderlies). It wasn’t long before the Fat Boys were so big they were doing songs with the BEACH BOYS, who had to be considered the epitome of uncontroversial radio friendly FM radio music. It’s hard to state how unprecedented this was. Run-D.M.C. and Aerosmith still hard a hard edge when paired together, but even the most narrow minded deejay couldn’t deny “Wipeout” when they heard the “wa wa wa.”

Unfortunately for the trio their fame and popularity in the 1980’s had waned by the early 1990’s, leading to their dissolution and Prince Markie Dee embarking on a solo career. “Free” was a solid enough effort but it didn’t seem like rap fans were interested, particularly as gangster rap was on the rise at the time, meaning Markie Dee was too clean cut compared to the explicit language and wild lifestyle listeners really wanted to hear. This didn’t stop him from going on to be a successful song writer and producer, so it’s fair to say Mark Morales had a good life. Sadly today would have been his 53rd birthday if he was still with us, but while he’s gone in the physical we still have his catalogue to appreciate him by. Swing Markie Dee’s way.