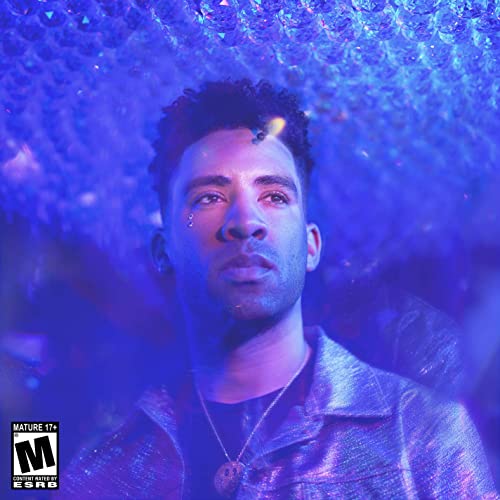 KYLE :: Light of Mine

“iSpy” by KYLE (a/k/a SuperDuperKyle) and Lil Yachty is one of those rap videos that went SUPER VIRAL. With a visual style that looks like a mixture of Major Lazer and Lazor Wulf, a catchy sing-along “I spy, with my little eye” hook and that co-sign from Yachty himself, the clip currently stands at well over 100 million views (and counting). Kyle Harvey had been rapping since the age of 13 and had been releasing mixtapes since 2009, but “iSpy” made him a recognizable star on a level nothing he had previously done could even compare to. It’s little wonder that a year later he was starring in a loosely autobiographical film made exclusively for Netflix.

Before all of that though there was “Light of Mine,” his major label debut for Atlantic Records. Dead up you could try ignoring this album, but KYLE released EIGHT singles from it, making him ALMOST unavoidable even if “iSpy” didn’t launch him into the stratosphere. Out of them all “Playinwitme” featuring Kehlani is easily my favorite. It has an easygoing piano break, a scratched in hook, a strummed guitar interlude, and it’s all masterfully handled by Superduperbrick, Naz and Jake Troth. It’s easy to miss given how pop and commercial the track is but it’s even got a queer positive message thanks to Kehlani directing her message to a partner of the same sex. It’s not even made a focus or a point of interest, it’s just thrown out there like “girl I’m gon’ need that time back” and in an ideal world that’s how it should be — normal relationship talk, nothing special.

It would be an unnecessary cheap shot to say “nothing special” is how I feel about Kyle Harvey musically, but I think acting is probably the right lane for him. Look — it’s not that he’s terrible. In fact at times I find him amusing, like the conversation he has with his conscience on “Ups & Downs,” making fun of himself for thinking the voice in his head is like Jiminy Cricket. It’s that very fact that makes it frustrating to listen to “Light of Mine” and find him to be largely interchangeable with any other singing rapper of the last five years. It’s only the production of songs like “Ikuyo” and guest stars like 2 Chainz and Sophia Black that stand out — otherwise he’s layered up and pitch corrected to the point he could be from any region of the U.S.

It’s also amusing to see KYLE put a “rated M for mature” ESRB style rating on the cover of the album even though songs like “It’s Yours” could easily pass for quiet storm R&B. I guess that’s why he’s using a video game warning instead of a “parental advisory” PMRC style warning label. I’d even go so far as to say it’s a better fit because songs like this could be background music on the radio in GTA V. The song itself isn’t violent or mature, it’s everything ELSE you’re doing while it’s playing that would be.

It’s not as though KYLE can’t rap and doesn’t cuss — he proves he can do both on songs like “ShipTrip.” There are even some good bars here like “I wish every bad decision came with a preview.” MY wish is that he’d do more songs like this without having to squeeze himself into the same mold that every other rapper who gets on a major label seems to come out of.

It’s a backhanded compliment to say that I both like Kyle Harvey and don’t care that much about “Light of Mine.” I’m happy that he went viral, I’m happy that he starred in a well received movie, and I’m happy that his career seems to be going places. The strongest praise I can offer his album though is that it has one viral hit, some decent features, and largely solid production. Other than that it seems like all those years of grinding independently just led him to the same place as Migos, Post Malone, Swae Lee and Fetty Wap. That’s fine. He doesn’t stand out but he doesn’t bother me either, so this album is “mostly harmless.”