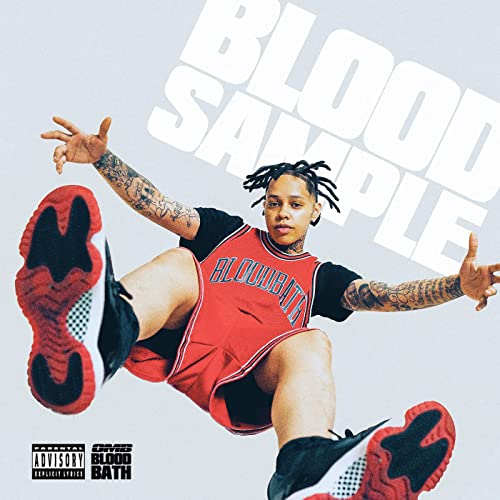 So far as I can tell (correct me if I’m wrong) OMB Peezy and OMB Bloodbath are not related. The former was born in Mobile, Alabama and grew up in Sacramento, California. The latter has been a Houston resident their whole life and proudly reps the 3rd Ward. The only thing they unofficially have in common are their legal troubles — Peezy fired a gun at people while filming a music video and Bloodbath was arrested on gang charges while already in court facing OTHER charges. This isn’t a topic Bloodbath avoids. In fact the single “Don’t Do It” reference the troubles they’ve been through, with Bloodbath’s friends begging repeatedly “don’t do it to ’em” and Bloodbath replying nonchalantly “I won’t.” The video also starts with edited news footage of the legal drama Bloodbath has been through and ends with people chanting “Free Bloodbath!”

In some respects it makes me pine for the days when rappers accused each other of being “studio gangsters.” There’s no question that OMB Bloodbath was a legit gangster long before “Blood Sample” came out this year, with a criminal record going back to 2013 — possibly beyond since juvenile records would be sealed. It’s unfortunate that it may derail Bloodbath’s career. It didn’t stop this album from coming out, and Bloodbath may beat all of the charges against them, but even having to deal with that kind of drama takes energy away from writing, recording, promoting, and (presuming there’s no ankle monitor attached) touring.

“Mad cause your bitch on my dick, she a fan of me
Worked hard for this, wasn’t none of it hand to me
Play with my money, you play with my family
Be damned if that tool don’t be glued where my handle be”

Bloodbath walks a fine line between having a thick drawl and having words pour all over each other into a slurry soup of sound, brandishing a rapid fire delivery that can leave you in a daze listening. The hometown pride always comes through on songs like “77004” though, which you probably guessed was a Houston zip code without even looking it up. As someone who has always felt H-Town doesn’t get the respect it deserves compared to New York, L.A., Chicago, et cetera as a hip-hop mecca, I appreciate it.

In the end the chance that OMB Bloodbath’s legal problems will overshadow their talent is depressing to me. The only conversation we should be having about “Blood Sample” is how a ten plus year rap veteran from Screwston, Texas has risen up from regional phenomenon to nationally recognized artist. Unfortunately given Bloodbath doesn’t even have a Wikipedia page, it doesn’t take long when you’re searching for info about the artist for the legal problems to bubble up in the search results. The talent is there and the production is solid, but I’ve seen too many young promising artists come up and then get dragged back down by their criminal ties. I hope a pine box and a funeral procession aren’t in Bloodbath’s future, but that’s one unfortunate thing Houston has in common with every other city I mentioned — rappers being gunned down at alarming rates. It’s an epidemic just as much as COVID-19 and sadly there’s no vaccine to inoculate the rap scene.