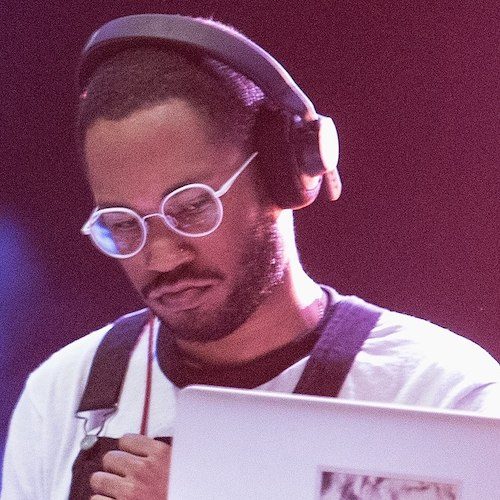 We cover more than the occasional Canadian hip-hop artist for whatever reason around here. For me at least it’s probably due to having a friend who used to send me Maestro Fresh Wes tapes back when I was still in high school. It immediately opened me up to the idea that even though hip-hop was born in The Bronx, raised in the boroughs and spread throughout the U.S. quickly thereafter, it spread just as easily and fervently to our Northern neighbor as it did to the rest of the globe. Hip-Hop music and culture is the pandemic we all actually wanted — it caught on everywhere and we’re all better for its spread.

Despite my affection for Canadian hip-hop I’ve somehow neglected both The Celestics in general and Kaytranada in particular. The former is a Montreal based group with Lou Phelps doing the rapping and his older brother Kaytra producing. The latter has gained a perhaps far greater reputation outside the group for his work as the sound of the clubs. “99.9%” won multiple awards in and outside Canada and featured a slew of hip-hop guest appearances ranging from Phonte to Anderson .Paak. All of this is fodder for a future review I promise you. The only reason I can explain that we haven’t spoken of Kaytra before now is that his music as a soloist leans more toward electronic/EDM than the rap group with his brother did/does.

That’s far from a bad thing though. The “Nothin’ Like U” does its business quickly and gets gone, clocking in under 20 minutes, but doesn’t waste any of its time while doing so. The title track features Ty Dolla $ign and an opening click clack of percussion that will be copied by producers for years to come. The delightfully minimal yet simultaneously lush instrumental makes the union with Ty sound like a lost “Spider-Man” soundtrack cut. It would fit into a mix next to Swae Lee x Post Malone perfectly. Shay Lia’s crooning on “Chances” is equally well met by Kaytra’s bass and tinkling piano keys, sounding like a throwback 1990’s dance track while staying thoroughly modern at the same time. Kaytra’s sho’ nuff got skills.

The short release finishes out its run time with a solo instrumental aptly titled “It Was Meant 2 B.” For some reason I keep expecting Pharrell to start rapping and/or singing over it and that never happens. I suppose that makes Mr. Williams more of an electronic/dance artist than I previously gave him credit for, but musical genres are fluid and not meant to be so narrowly confined to “this” or “that” anyway. If Pharrell is EDM then Kaytranada (some people spell it ALL CAPS like MF DOOM, do so if you’d prefer to) is definitely hip-hop. His beats hit all the right notes for me.