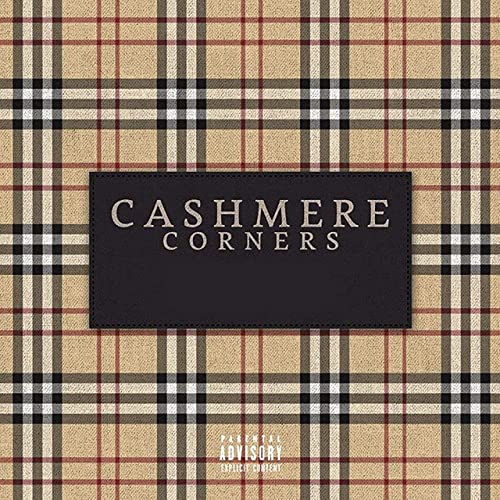 After a quarter century of rap music, Planet Asia is a legend to me, even if he’s not the household name he hoped to be. As he says on “Chuuuch” from “Cashmere Corners” though he’s “grand daddy O.G.” and he’s still “giving listeners that dope fiend rush.” The delivery and vocal tone have changed VERY LITTLE since I first heard Asia on a twelve inch single. Maybe his voice is tad bit deeper, maybe his inflection is slightly more deliberate, but Asia always has been and continues to be a rapper who strikes to make sure you hear every word. There’s no studio trickery when you listen to him — no echo, no distortion, no pitch correction of any kind. “The killer shit, that real dope dealer shit” is how he describes it, and if that’s the case then his is the uncut pure heroin with no impurities. You might overdose on it, but at least you won’t be poisoned by it. He takes too much pride in it to cut corners.

I would tell you that what’s new on “Cashmere Corners” is that he’s working with a collaborator, but this is the man who’s one half of Cali Agents and has had a slew of crossover albums with various producers over the years. Asia seems to have no issue sharing his vocal talents with anyone worthy of his time, and on this go around the latest to earn that designation is A Plus Tha Kid. That name confused me initially as there have been at least two prior A Plus rappers — the more well known Hieroglyphics emcee from Souls of Mischief and the lesser known adolescent who released “The Latch-Key Child.” The latter is now 40 and the former is now 46 so neither one could be called “Tha Kid,” and I guess that justifies the new A Plus using the name. “I liked school, but I was hardly ever there though/How could I learn? Textbooks wasn’t my concern/Money to earn.”

Some part of the educational system rubbed off on Tha Kid, because he’s a solid rapper, though I imagine the guest verse from Che Noir will be the attention grabber on “Opera Show.” She continues to bless the mic every time it’s put in front of her and this smooth piano instrumental is no exception. If there’s a downside to this album it’s that it’s not an album at all. It’s an extended play, seven tracks in total, though all but one of them is longer than 2:30. That’s far better than the average these days, and arguably makes this EP longer than some so called “albums” with 12 songs that aren’t even 90 seconds long.

“The rap game full of nerds and punks” quips Planet Asia on “Blood Red Roses.” I understand the point he’s trying to make but truthfully Asia is a nerd himself, and I mean that in the most positive sense, because he cares enough about rap to never half ass it. At his age and with his lengthy discography he could phone it in and let “Tha Kid” do all the heavy lifting, but the two split the work equally and deserve the co-billing they got on “Cashmere Corners.” I’m a sucker for an emcee who values the craft and cares about the end result, so that makes me a nerd nerding out for a nerd myself. He may not be the traditional glasses wearing, computer literate type of rap loving nerd I am, but trust me Mr. Green you’re one cool ass fucking nerd. Keep on making rap songs no matter how short or long the end result is because it’s almost always time well spent for me to listen to.