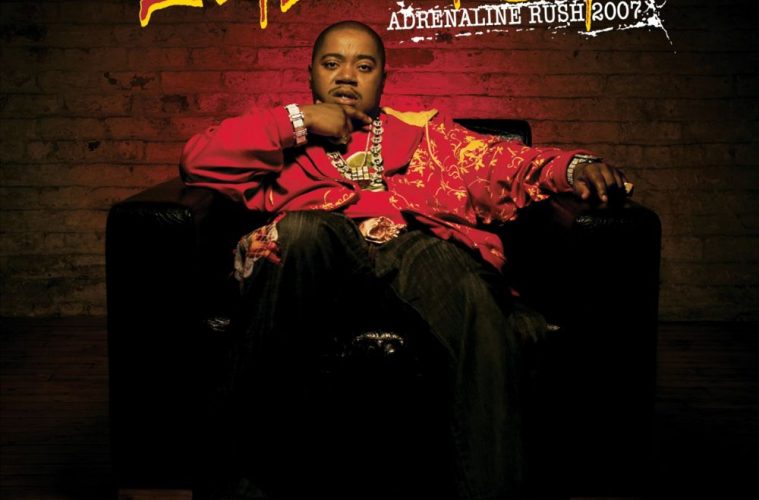 Twista’s latest album has little to do with the 1997 album from which it takes its name. The original “Adrenaline Rush” marked Twista’s break through as the singles “Emotions” and “Get It Wet” received heavy radio rotation. The album also marked Twista’s change in style as his gangsta/playa persona was a sharp departure from the Muslim, positive Tung Twista found on 1992’s “Runnin’ Off At Da Mouth.” “Adrenaline Rush 2007” on the other hand finds Twista taking a few steps back. For one, gone are any of the producer’s that helped Twista make classic tracks in the past. Instead of Kanye West or The Legendary Traxster, we get Toxic and Cuzo producing the bulk of the album with Jazze Pha and The Neptunes only handling one track each. Another stark contrast is the fact that the 2007 edition of “Adrenaline Rush” only got a fraction of the promotion of the original. The single dropped in the summer, didn’t catch on, and the album dropped with no fanfare in September.

Whether the sub-par music was the reason for or the consequence of the poor promotion, both Atlantic and Twista seemed to phone it in on this one. The lead single, “Give It Up,” is actually decent for a Neptunes track and finds Twista revisiting his playa roots that lead to so much success in the past:

But past this one single there isn’t much here to look forward to. Twista teams up with R. Kelly to give us “Love Rehab,” a corny track comparing love to checking into rehab. T-Pain lends vocals on “Creep Fast,” but Toxic’s extremely repetitive beat doesn’t fit T-Pain’s singing style. On top of that even T-Pain comes weak on this one, which is saying a lot as T-Pain has never been known for dope lyrics. Jazze Pha and Cee-Lo show up with Twista on “Say Say” where Pha drops another cookie cutter beat and Twista drops another ladies anthem. Lil’ Wayne continues his string of disappointing guest spots on “Whip Game Proper” where Cuzo provides the repetitive beat and played out screwed hook while Wayne claims he’s “physically fine, but my flow sick.” The only pleasing collaboration here is when Bone Thugs N Harmony show up for “Ain’t No Hoes.” Cuzo redeems himself here with a dark and melodious beat and Bone sound like they found their 1996 form on this one.

Of course there are plenty of tracks on “Adrenaline Rush 2007” that don’t feature guests, but those tracks are even less noteworthy. “Charged” will hardly get you hyped once you get bored of the same 3 notes on the beat. “No Pistols” will get you excited initially when you see it features The Speedknot Mobstaz, but once the beat kicks in you’re ready to hit the skip button. Overall, the main problem on here is the weak and repetitive production. Toxic tries to mimic the dark grooves of The Legendary Traxster the best he can, but his beats end up sounding simple and unoriginal. The lack of any Kanye beats eliminate any chance of the smooth and soulful Twista tracks we’ve heard lately. The only redeeming factor is that no matter how wack the beats, Twista’s supersonic flow will always entertain. To his credit he even comes hard on a few tracks. Still, “Adrenaline Rush 2007” is a disappointing album for the Chi-town star and not recommended unless you’re a hardcore fan.