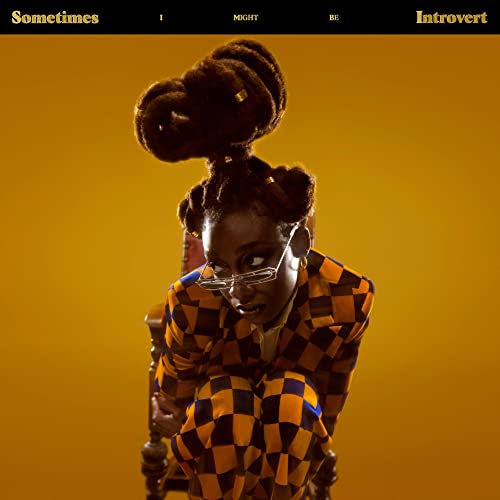 Simbiatu Abisola Abiola Ajikawo was an actor on BBC children’s shows before she released her first album as Little Simz in 2015. That explains the cinematic and theatrical quality to her latest album, “Sometimes I Might Be Introvert.” It’s an album that sees the rapper wrestling with how to be an introvert in an extrovert’s world, but doing so in a way that almost feels like a one-woman Broadway show.

Little Simz has always been a thoughtful and skilled rapper, and on this album it sounds like she is trying to get all the ideas on her head onto wax, using the album format to organize her thoughts rather than churn out bangers. She’s wrestling with introversion, processing the death of a friend, celebrating her fellow women of color, detailing her rags to riches story, and trying to split the difference between being an introvert and being internationally famous. It’s thanks to her skill as a lyricist and the strength of her production partner Inflo that this doesn’t feel self-indulgent or navel-gazing.

Album opener “Introvert” sets the tone with a dramatic beat and lyrics that reference personal and political turmoil, and ask “Simz the artist or Simbi the person?” (Simbi is her nickname, and hidden in the first letters of the album title). Just when you think you might be in for an overly dour, self-serious trip, she switches it up to the soulful “Woman,” which gives shoutouts to women of color from across the diasporas represented in the UK. She continues on that vibe with the Smokey Robinson-sampling “Two Worlds Apart,” in which she celebrates her success and gives a kiss off to an ex-lover.

One of the album highlights for me was “Speed,” where Simz unleashes the full fury of her lyrical weaponry. Simz spends so much of this album being thoughtful and introspective that seeing her go full tilt on battle raps is a welcome relief:

“Ni—az want to put me in a box
Ni—az think they’re coming for my spot
I could buy your life with no excuses
If I had a penny for all the rappers that I influenced
I know what I bring
I ain’t stupid
You should try that shit on someone that isn’t being their truest.”

Inflo covers production on the album, as he did on “Grey Area,” and his beats have a lush, cinematic quality. There are lots of strings, live instruments, and complex orchestration. He throws some 80s electro in on “Protect My Energy,” some Nigerian influences on “Point and Kill” and “Fear No Man,” and even a throwback West Coast trunk rattler on “Rollin Stone.” There’s enough variation in tempos and approaches that the album never feels samey or too morose.

Interspersed throughout are interludes featuring Emma Corrin of “The Crown” who acts as a kind of guide for the album, often talking directly to Simz. Many of these interludes act as intros to tracks, and they add to the theatrical feeling of the album.

One of the things that makes Simz such a great artist is the way she is able to hold being both vulnerable and confident. She knows she’s one of the best rappers, but she also knows that she can get in her own way and be her own worst enemy. She’s not mired in self-pity, but she is also not blindly overconfident and thoughtless. This combination of bravado and humility makes “Sometimes I Might Be Introvert” such a fantastic album. It shows an artists who is not afraid to grow, take chances, and let it all out there. All of that make it one of the better albums I’ve heard this year.