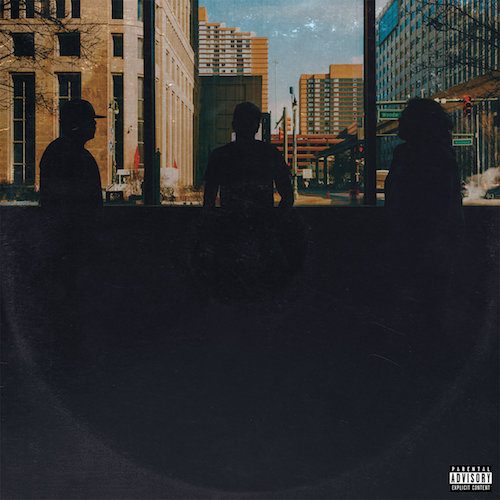 Ugly Heroes :: Everything In Between

When Donald Trump wins this presidential election and confirms 2016 as the year the world went to pot, there’ll be two things I can guarantee will be happening in the United States after the inevitable nuclear war that ensues: racism will still exist (probably between the black and less-black cockroaches) and Apollo Brown will be in an underground bunker somewhere chopping up some soul samples. The guy is a machine, this third Ugly Heroes project being his 14th album since 2010’s “The Reset“, with Skyzoo’s “The Easy Truth” recently released too. Yet in these times of disposable music where emcees throw out “mixtapes” three or four times a year, Apollo Brown has retained a level of quality and consistency few others can shout about.

If you happened to miss Ugly Heroes’ self-titled debut in 2013 (or the equally strong “Ugly Heroes EP” in 2014), then you’re missing out on some fantastic music. Granted, “Everything In Between” is very much a continuation of their earlier work and sounds similar to the untrained ear, there’s a slightly less accessible feel to this new record. The rhymes are a little more intricate (particularly from Red Pill) and the beats are noticeably darker and heavier, especially at the start of the album.

Apollo Brown unloads some of his heaviest instrumentals thus far. “Roles” plods yet keeps a bone-chilling tone thanks to (a surprisingly rare) vocal snippet and a classic Guru quote from Gang Starr’s “In Memory Of…” “Today Right Now” is thunderous, reminding fans that no matter how predictable Apollo’s sound may start to become, he’ll remind you why you love it in the first place. There’s a noticeable preference towards string instruments here that makes the depressive tales of Pill and Verbal all the more potent.

Verbal Kent is his usual dry self, dropping the best, worst punchlines since Lil’ Wayne, although Verbal’s feel completely intentional. After the hilarious “I’m a Badu (bad dude) like Erykah, SHUT UP” bar on the first Ugly Heroes record, I’m glad to hear Verbal continue to drop these “so bad they’re good” lines – “I’m bringing crack (ed) back like chiropractors” being a classic example. As consistently good as Verbal Kent and Apollo Brown are, it’s Red Pill who has noticeably upped his game. I haven’t bought The Source in over a decade, but Red Pill’s verse on “This World” is what is commonly known in the trade as a Hip Hop Quotable:

“I leave rappers more afraid than two racists
Surrounded by 22 Ving Rhames’ each with .22’s and two big razors
Trapped inside of two big cages
With a moat around the outside with sharks that shoot lasers
I feel a war coming, so pass the war drum
And bang on that bitch till you feel your f–king core buzzing
Whether it’s your cousin, your brother or your husband
If they’re not screaming ‘f–k the police’, then you’re suffering”

If you’ve heard his recent album “Instinctive Drowning” and thought he was all depressive introspection, Ugly Heroes’ work always throws up Pill at his funniest.The way he raps, “Brisk walking, hyperventilator, who wishes every staircase could be an escalator” isn’t just the most relate-able rhyme my lazy ass has heard in a rap song, but reminds me that all the best emcees remain capable of poking fun at themselves from time to time.

“Everything In Between” isn’t just more of the same then, but a continuation of a winning formula from three artists who’ve mastered their crafts. There is a noticeably darker feel, but given how s–tty 2016 has been it’s unsurprising. Any Ugly Heroes project comes highly recommended, and while I now detest the term ‘real hip hop’ – this is the very definition of hip hop that’s real.

Ugly Heroes :: Everything In Between
8Overall Score
Music8
Lyrics8