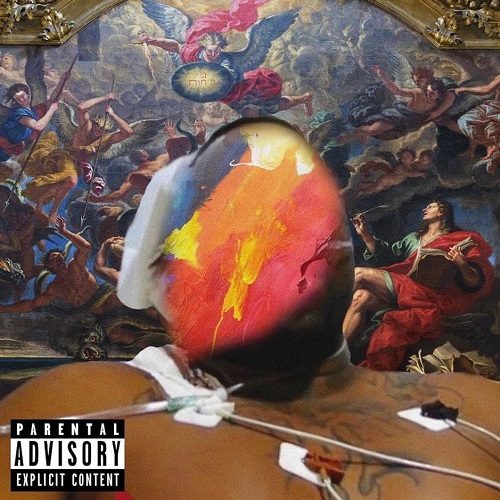 Conway The Machine :: Look What I Became

New York’s underground rap scene has been bubbling for quite some time now. Part of that is courtesy of Lil Tjay and A Boogie Wit Da Hoodie – two auto-crooners who have skillfully balanced street tales with earworm melodies. Part of the noise comes from introspective poets like MIKE and Caleb Giles (they’ve had two standout projects by the way). Underneath all of that lies Griselda Records – the independent label where Upstate New York rappers Benny The Butcher, Westside Gunn and Conway The Machine pay their respects to old-school grimy boom-bap. The latter three have unofficially morphed into the unofficial seasoned veterans of the underground Buffalo scene, churning out tape after tape like there’s no tomorrow. Conway has especially been active over the past two years; releasing six projects in under 20 months. His newest mixtape, “Look What I Became” acts as an appetizer for what’s to come for the 37 year-old.

Conway showcases a surprising amount of versatility for someone who’s continuously felt comfortable in his role as classical rap purist. For his latest record, the Buffalo native follows a loose format reminiscent of Earl Sweatshirt’s “Some Rap Songs” – where soulful piano and ominous basslines take the place of rickety hi-hats and booming 808s. There’s one or two minute verses where Conway channels his inner braggadocio through witty metaphors and astute wordplay. He starts the album off strong with three different namedrops in a five-bar span on “No Women No Kids.”

“Only smokin’ the best like DZA
Catch a bitchh going through my pockets, I just might kill her
My young bitch 23, she dress like SZA
If I need a brick cook, I know the Chef like RZA
Stackin’ all this cream, they tryna’ Inspect the Method”

Can you tell he’s a huge fan of Wu-Tang Clan yet? The playful banter grows old by the middle portion of “Look What I Became” though – particularly after a head-scratching “RIP Owen” skit that maybe acts as a metaphor for Griselda’s camaraderie. I’m still not sure though. “Hawks” plays out exactly how the intro track does, just without its memorability. Instead, Conway injects a mixture of typical tough guy talk (“You can’t take my chains boy, my jewels don’t go away/You can’t name a dude that’s flowing who’s f**king with me/Everything I touch, this s**t is classic”) and mundane one-liners (“Shooting buckets like Dame D.O.L.L.A.”) over a pretty basic flute instrumental. The percussion loop becomes tedious real quick. I almost wish there was some type of chorus or interlude to break up the monotony.

Much like in the past, Conway works with the genre’s premier producers (no pun intended) for various renditions of rustic boom-bap. The Alchemist allows a grim piano, subtle drums and echoing church bells to dominate the intro track. It’s perfect for Conway to talk his s**t.

Statik Selektah brings his own stoner-infused sound to the project on “You Made It.” The finale is a refreshing change-up for Conway’s musical cannon – as it a features a bright surf guitar, lighter strings and softer drums. And sure, while Conway’s attempt at a female empowerment anthem may seem somewhat clichéd, at least Simone’s breezy vocals and uplifting lyrics end the album on a high note.

For the most part though, Conway acrimoniously details some of his darkest moments in life. “Vino D” features fellow New Yorkers El Camino, Jim Jones and Dave East – three guys that know a thing or two about the streets. And while each brings their own narrative to the table, it’s Camino’s ironically precarious vocal performance that steals the show – thus making this an underground street anthem.

There’s other great moments on here as well, like Westside Gunn’s hilarious cockiness on “Tito’s Back,” where the Griselda Records co-founder shouts, “I don’t even gotta rap!” right smack in the middle of the track. Benny and Conway seamlessly weave their way through three minutes of straight rapping without taking a breather – a classic back-and-forth between two guys who are basically brothers at this point. I think they’re ready to kill that upcoming album with Eminem.

In the meantime, “Look What I Became” shows an artist who’s been through the ringer, whether it be because of jail time in his early-20s, or the Bells Palsy disease he acquired from a gunshot (he talks about that through spoken word on the project). Despite these hardships, Conway’s newest project suggests a brighter future – one filled with even greater musical versatility.