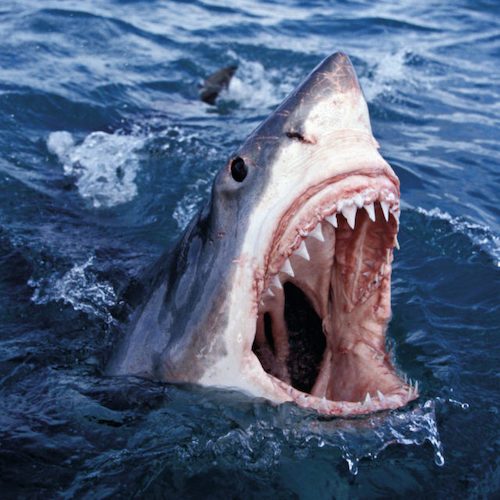 Conway the Machine & The Alchemist :: LULU

When it comes to hardcore rap or gangsta rap, many of the motifs that comprise those two hip-hop sub-genres have some elements of real life sprinkled into it, but the majority of it is derived from art. Specifically, the art of television and films. Many productions in hip-hop have sampled dialogue from movies or TV shows for various objectives, ranging from the comedic to the serious. There’s even been hip-hop albums either about or inspired by media entertainment. For example: Danger Mouse and MF Doom came together as “Danger Doom” in 2005 to create “The Mouse & The Mask”, a hip-hop concept album on the subject of the Cartoon Network’s “Adult Swim” programs. The most recent rapper and producer to combine heads in a similar vein are Conway the Machine and The Alchemist. Given Alchemist’s beat clientele and Conway’s customary street raps, naming their EP “LULU” was an obvious nod to the 2002 film “Paid In Full”. Well, obvious to fans of hood classics, anyway. There are many references to the film scattered throughout the 7-track EP, including the song titles.

The album cover is a photo of a great white shark at sea and is evocative of images from the 1975 summer blockbuster “Jaws”, but I think it has a deeper connotation: Conway’s trademark snarl is courtesy of a Bell’s Palsy affliction, but he never let that affliction stop him. If anything, it only made his teeth sharper. The cover is also a statement on the atmosphere that Alchemist creates: Murky depths from a producer who goes into even deeper depths find obscure albums to flip sounds. His sounds on “LULU” have a certain menace that matches Conway’s attention to visceral details. His rap persona is unapologetic about living the illicit life, being a drug game player who’s both the muscle and the connect. “14 KI’s” shows his ruthless devotion to the streets with dialogue from 1973’s “The Mack” added for effect.

The opening bars of “The Contract” show Conway being both brazen and humble: “Let’s toast to my enemies, no, let’s toast to my injuries / Turned my negative to positive, I don’t need no sympathy / I’m the GOAT ’til infinity, I wrote with intensity / Plus, my potent delivery, I just hope they remember me.” He can spit, no doubt, but the beat provided by Alchemist here lacks the kind of drums that would give Machine’s rhymes that extra kick. Thankfully, that changes on “Shoot Sideways”. The drum snares are more apparent on this track, and there’s a deep string sample which makes the soundscape more cinematic. Additionally, this is one of two tracks featuring a guest. Cali emcee ScHoolboy Q provides the hook for the song. The other guest is Cormega and he’s featured on the ominous ‘They Got Sonny’. Over a sinister beat, the Queensbridge emcee is like an OG to the younger Buffalo mic ripper, especially when paralleled with the sampled dialogue between Lulu and Ace (“Paid In Full” characters) at both the start and end of the track:

The album closer is “Gold BBS’s”. Alchemist creates a very lush atmospheric production on this track. And While Conway has decried the battle rap scene at one point or another, there is an “attack or be attacked” element in many of his raps, with his opponents being his street competition that he mows down with pop culture-referencing displays of hyper-realistic violence. But before the closer, the album’s best track is “Calvin”. The beat is dark, ambient, and threatening. But the most surprising part is Conway himself. His rhymes are usually polysyllabic with some slick lyrics thrown in, but his flow and delivery are often both slurred and with a relaxed pace. “Calvin” has him experimenting with his flow and rhyme patterns for the entire track, and the grimy imagery of the video just simply makes it all the better:

Of all of Conway’s releases, this is the first I’ve heard where he doesn’t enlist any of his Griselda brethren for guest raps or production. Though he is Griselda through and through, “LULU” proves that he can rock mics outside the bounds of his label. He’s also the first Griselda artist to drop new material since the label’s 2019 group album “W.W.C.D. (What Would Chine Gun Do?)”. Though I’m used to hearing Conway spit rhymes over Daringer’s beats, hearing him do so over Alchemist’s sounds instead was a welcome change. Even with one weak track on here, “LULU” is a solid album sure to satiate avid fans of hardcore and gangsta rap.