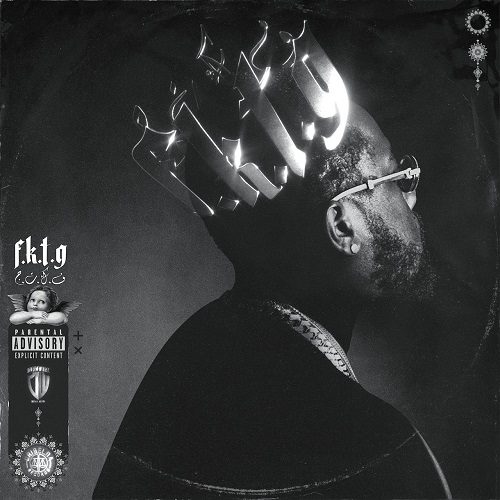 From a King to a God

Conway the Machine :: From King to a God

If you look up the word “ascension” in the dictionary, then what you’ll find is a head shot of Conway the Machine. Actually, you won’t, but his picture should be in there. Because it’s the one word which encapsulates the trajectory to which he’s taken his career. He’s gone from slinging on the block to doing national tours with his Griselda brethren. His newest album offers listeners his most ambitious transition yet – “From King to a God“. His third 2020 album, and first solo album of the year, Machine builds on what he began with “LULU” in that he’s transcending his limits. He’s rapping over beats outside of the dark, almost-syrupy, sample-based production customary of Griselda and he’s experimented as a lyricist, rapping at an accelerated pace and on topics beyond his usual. Despite the album having a few filler tracks, Machine may just end up with the crown on the album cover if he continues the route he’s currently on.

Production-wise, Griselda’s in-house beatsmith Daringer has a noticeably smaller role. He produced the opening track, “From King”, while sharing production duties on two other tracks. One producer for whom 2020 has been a banner year is Hit-Boy, who laces the beat on “Fear God”. Dej Loaf provides a sung verse over the soulful backdrop. No stranger to letting other emcees take a swing on the mic, Conway enlists Havoc, Flee Lord, and Lloyd Banks for the posse cut “Juvenile Hell”. Over Havoc’s string-heavy street production, each man brought their A-game with the battle rhymes. However, Flee Lord stands out the most for the intensity he brought to his verse. The Daringer/Beat Butcha produced “Lemon” is the type of Griselda backdrop that I’m accustomed to: A spooky atmosphere with a sampled piano loop. Featuring Method Man, the Wu-Tang emcee’s verse alone makes him the best guest rapper on the album. His flow and wordplay are in stark contrast to Machine’s hyper-realistic street bars:

The two interlude tracks are the ones I consider filler because of their length, but their inclusion on the album has more to do with paying tribute to the late DJ Shay than his words for Conway’s prowess. Daringer teams up with the Alchemist in creating a dichotomy for Conway to work with on “Dough & Damani”. The Alchemist first provides a lush, airy beat until a dialogue sample from the 1993 film “Juice” signals the switch to Daringer’s piano-looped production with dusty drums. Beat Butcha and Signalflow provide a soundscape for Conway to step outside of his lyrical box. Over the moody production on “Front Lines”, Conway not only sings the hook, but does some social commentary in the second verse. Giving us a look into his take a police brutality, Conway lets you know his experience with it and what he’d do about it if it came close to home:

Canadian producer Murda Beatz provides a sound that’s unusually upbeat for an emcee such as Conway. With quick-paced, head-nodding 808 drum programming and melodic synth keys, Machine and fellow Buffalo emcee Armani Caesar give us a track worthy of the nightlife. On the melancholic “Seen Everything But Jesus”, Conway proves himself to be a storyteller who can hold his own in a rhymed detail narrative. Fellow coke rhymer Freddie Gibbs provides an assist with a woeful street tale of his own. Also, Machine gets the usual family affair in order on “Spurs 3” with Westside Gunn and Benny the Butcher. The 3rd part of Conway’s “Spurs” series, this is the first time someone (Beat Butcha) did the production instead of Daringer and the first time it included a guest (Westside Gunn) in addition to Benny. The nearly 8-minute “Forever Droppin Tears” features ElCamino and production from Rockwilder and Erick Sermon. Conway shows a certain vulnerability on it by honoring fallen friends.

Closing out the album are two tracks: The Khrysis produced “Jesus Khrysis”, which has Conway spitting some of his best braggadocio rhymes on the album with lines like “I came back to kill these niggas again / Lyrics written in Braille, nigga, you gotta feel it to understand” and “Niggas try blockin’ my goals, I’ma make it Messi / My OG told me, ‘Gotta kill a nigga you love, do it clean, you don’t make it messy'”. The DJ Premier-produced “Nothin Less” doesn’t have the expected sound from Premo, it sounded more like an ‘80s R&B track. It’s been said that “From King to a God” is a prequel to his official major label debut, “God Don’t Make Mistakes”. With this album, I think he can reach that plateau with the title serving as a symbol of his newly-appointed station.