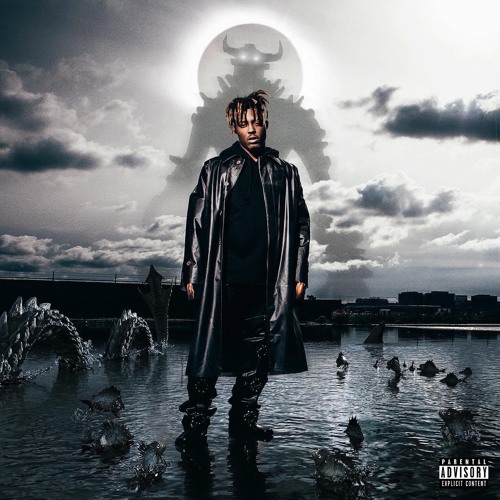 EDITOR’S NOTE: If you are having dark thoughts and need help please contact the suicide prevention lifeline at 800-273-8255. Someone is available 24 hours a day and always willing to listen.

“I pray to God for some water, to wash down these percs
I’ve been cursed since birth — guess I never learn”

I’m sitting here wondering just how many posthumous Juice WRLD albums can be released. I knew Tupac Shakur recorded immense volumes of material before his death — to fulfill/get out of existing contracts, because he believed his demise was imminent, or both. I knew Christopher Wallace would be continually exploited after his death because he was Bad Boy’s biggest artist, meaning they’d unearth every scrap and remix every song until there was literally nothing left. I’m cynical enough to know that the music industry loves dead people. You only have to spend a few minutes at any Record Store Day event to see how many times deceased artists get “remastered” or pressed onto a new limited edition clear record just to keep the profits flowing in. The exploitation of Jarad Higgins was to be expected and yet somehow I’m still surprised at how much material his estate had to work with after he was gone.

My veil of cynicism is lifted by my frustration over this whole situation. Higgins was rapping/singing about depression in nearly every song. It was even reported that those closest to him tried to stage an intervention just days before he died. You can call it an accidental overdose, you can say he was self-medicating his way to an early grave, you can listen to his many songs as a plea for someone to help… but in the end no help came in time. The most painful part is just how self-aware Higgins was. You hear it over and over again on “Fighting Demons” and every Juice WRLD album. “As I find my way to the bottom of this bottle/she’s in my head, please don’t get me started/Thinking ’bout her all day/She’s on my mind always/I don’t want to be lonely no more.” It’s heartbreaking to hear songs like “Cigarettes” and know what this young man needed was not more drugs… it was more LOVE.

Unfortunately in the throes of his depression he exhibited many of the nihilistic tendencies of the late 2Pac. “What you don’t understand ’bout me/is I never gave a fuck about a God damn thing/I wake up in the morning, do my God damn thing/I pop, I sip, I po’ up lean.” There’s no doubt on “You Wouldn’t Understand” that Juice WRLD was living like there was no future. He didn’t expect to be here now. Some artists portray a character for their audience — the cool dude who spends lots of money, the violent criminal not to be messed with, the militant activist who is fed up with the world, the conscious wordsmith trying to express the human condition. At some point we meet the individual behind the character and discover they aren’t close to the same person. Higgins either couldn’t or wouldn’t do that and I’m going to go with “couldn’t” since he wore his heart on his sleeve on every song. He was hurting badly and not willing to pretend otherwise.

“Numb to the core/I don’t want to feel shit any more.” Why wasn’t anybody taking Juice WRLD at his word on songs like “Sometimes?” Why didn’t we believe him when he said he’d do it? Here’s an even scarier thought — everybody knew he would do it and didn’t care. Juice WRLD told us so many times that he didn’t give a fuck about his own life that we all became just as numb to it as he himself professed to be. As the interlude “Eminem Speaks” illustrates though, when you’re saying “I’m going to fucking die” to yourself over and over it’s not because you want to. “I would say to anybody that it does get better. It just, it does.” No matter what your bottom is, there’s always a way to grab a hand that will pull you up from that hole. I wish that Higgins had found that help in time.

Listening to “Fighting Demons” is painful. It’s not because it’s poorly produced — songs like the KBeaZy produced “Go Hard” are head nodding. It’s not because Higgins is singing poorly. He’s so heavily modulated that it can be hard to tell what is his real voice and what is the computer, but his personality shines through and (unlike some of his peers) the words are easy to understand. It’s difficult because it didn’t need to end the way it did. Even in his interviews, he knew it could be better. “Music is not only something that kinda helps the situation pass, I also make music talking about certain subjects because I know that I’m not the only one going through what’s happening. Me talking about certain things can help somebody else through what they going through, as well as me trying to figure out myself.”

“I’ve been drowning in this liquor bottle, but drowning’s not enough. They tell me that I won’t live to see tomorrow, but I don’t give a fuck.” I have to emphasize this one more time — Juice WRLD was telling us on EVERY song exactly what was wrong, and what he was going to do about it. “Not Enough” is as plain of an admission as any addict has made on any record. There would never be enough drugs or alcohol to fix what was broken inside of Juice WRLD. He knew this, he sang about this, he did it anyway. That’s addiction. You know it doesn’t work, but you still do it regardless. You either do it until you’re six feet under, or you break the cycle by any means necessary. Religion, therapy, antidepressants, family, any combination of those things or anything else that works. You choose life over death.

I had a depressive episode where I had to make that exact same choice. I’m happy that I’m still here today to tell you that “Fighting Demons” is a good album, although it’s an incredibly dark album despite the happy beats and melodic hooks. It’s a bitter pill wrapped in so much cotton candy that you may not taste it for all the sugar, but pull that fluff away and it’s still there. If you’re fighting the same fight Higgins did, I want you to know that it’s possible to win. By the grace of whatever power you believe in, I’m here today. All I want is to be here to talk to you about these albums, even the ones that cut too close to the vest for my own personal experience, because like Higgins says posthumously talking about it may help someone else to know they’re not alone. We all experience pain in life. You can’t be human and not have bad days. Please know they don’t all have to be bad. Sometimes there’s no fighting the reaper — cancer, car accidents, violent storms, or acts of terrorism can always cut our lives short. We don’t have to speed up the process of getting to the end though. There’s always a choice.