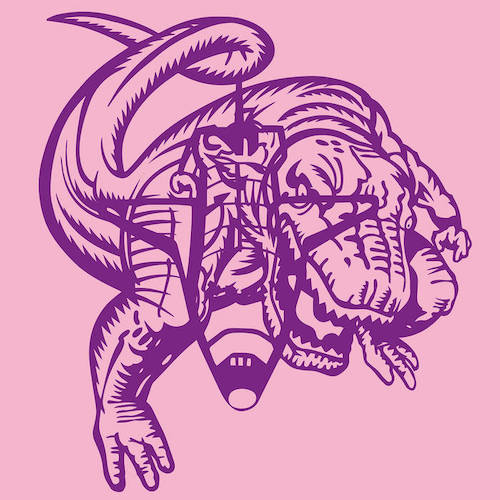 “No microphones were harmed during the portions of this album Sankofa sang.”

It’s this kind of self-effacing humor and reluctance to act like a big shot that keeps me checking for Sankofa year after year. I’ve heard it said many times that a writer betrays what they are feeling or going through in the words that they write. Hell an entire episode of House was based on this very premise. If that’s true then I’d like to lay my cards on the table and not bluff the readers any more than Sankofa does his listeners. I’m a flawed, insecure, mortal individual. Even after being a writer for well over half of my life I question why someone would read what I have to say every day. I take things personally even when it’s just business. I try my best to be fair when I write about this art form even though I know I bring my own baggage to the table and it could break under the weight. Do I even have the right to speak on it? Is “paying dues” enough? Will it ever be enough?

On Sankofa’s “Calvin Showers” a sample from the sixth Rocky movie opens the track. “Somewhere along the line, you changed. You stopped being you. You let people stick a finger in your face and tell you you’re no good. And when things got hard, you started lookin’ for something to blame.” People who haven’t even seen the film are likely to be familiar with the speech Rocky gives his son here. It’s the one where he tells him that nobody will hit you harder than life, but no mater what it hits you with, you have to get back up and keep moving forward. “That’s how winning is done!” That’s my opening for a self-insert and believe me, I’m going to take it. Even though I have to be self-effacing too and say I’m nowhere near the writer of reviews that Sankofa is the writer of rhymes, the one thing I believe in is getting up no matter how many times I get knocked down.

“My life experience won’t show up on that resume
Sometimes, it’s easy to forget what I have kept at bay
But then those boats start crashing at the lighthouse
And my response is all I want to do is lie down
Hide away until it disappears, but it returns
And here I am, amidst a list of all these wistful words
I wish for worth but I am busy going nowhere
A missing verse inner visions sitting so spare” – “Until I’m Not”

Sankofa’s verse pull the emotional strings of my heart by revealing the very vulnerability and self-doubt I feel when I sit down to write. If you’re an “alpha” who pretends to laugh in the face of death when a friend, family member or beloved pet passes away, that’s your business. I tried living that way at one time in my life and it pushed me to the brink of alcoholism and suicide. When I dropped the pretense of trying to be too cool for life, I found that many of the people around me felt the same way. They were just looking for a reason to stop keeping up appearances and start being honest. Like the late Phife Dawg once said, “Just lay your burdens down by the riverside and you’ll be alright.” That’s what “Legacy Materials” is to me. This is Sankofa laying down his thoughts on tracks produced by The Illustrated One. He described it to me as “a journey, with highs, lows, JON?DOE and Chuck Brown features, and plenty (of) in betweens.” He was right.

Vulnerability has never been valued. As Kool DJ Herc said in the foreword to Jeff Chang’s “Can’t Stop Won’t Stop,” “It ain’t about keeping it real, it’s about keeping it right.” If your life is a never-ending shower of champagne with an endless orgy of carnal pleasures, more power to you. That’s not my life, nor is it Sankofa’s. I never have and never will have the skill to be an emcee, but if I could be one I’d want to be like Illogic or Sankofa — people who put care into every word they say yet never sound stilted or awkward saying it. They can speak in high prose or in the common vernacular and sound just as dope either way. The rhymes aren’t the point — the point is saying something that means something to them as well as the listener. The highest form of praise I can give “Legacy Materials” is that Sankofa does just that — he’s as honest with the listener as I hope I’ve been with all of you.